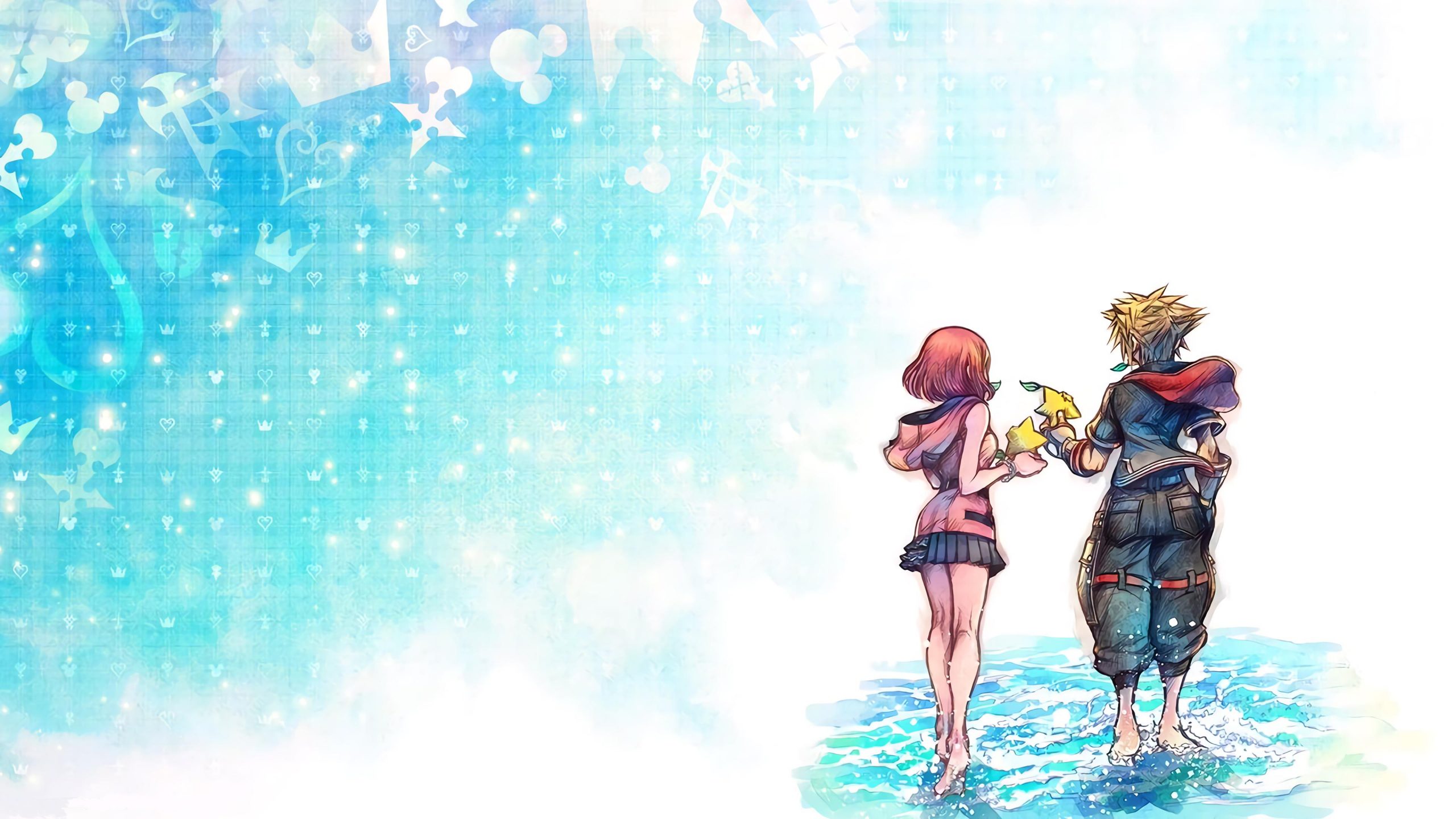 First, Tetsuya Nomura explained the proposal from Indieszero, which led to the creation of Kingdom Hearts Melody of Memory, was “making the KH version of Theatrhythm Final Fantasy”. However,  Theatrhythm uses a 2D side view like presentation because it’s based on old Final Fantasy games. Kingdom Hearts never used that kind of presentation though. So together, Square Enix and Indieszero thought up what a KH rhythm game would be like. They arrived at the final result in Melody of Memory after a lot of trial and error. In particular, they tried their best to reduce motion sickness, while simultaneously keeping the action, KH like gameplay.

Secondly, Tetsuya Nomura didn’t give directions regarding the songs’ selection in KH MoM. Moreover, they didn’t want to add songs with DLC, and tried their best to include as much as possible from the start.

Following that, Dengeki asked several interesting questions regarding the future of the Kingdom Hearts series. We translated Tetsuya Nomura’s answers below:

Dengeki: “Let’s talk about the series as a whole now. KH III was the end of an arc, but there are still many characters and mysteries left unexplained.”

Tetsuya Nomura: “Of course, we’ll touch on those remaining elements in the future. But I think we’ll do things a bit differently starting now. As we’re entering a new, different world for the series’ story, I want to make that story so all the hints until now can be solved.”

Dengeki: “KH UX Dark Road delves into the past of Xehanort. So is it possible Xehanort will keep appearing in the series’ story in some form?”

Tetsuya Nomura: “KH UX Dark Road isn’t a game teasing what’s to come, but rather a project I already had in mind for a long time. The KH Union χ said they wanted to do it, so we did.” (See our past coverage for the full story).

“So about Xehanort, I don’t think he’ll appear anymore as the story’s antagonist. But his influence remains, and that’s what the KH MoM story shows.”

Dengeki: “One of the appeals of the KH series is the many mysteries and foreshadowing. How far ahead do you think when making the games? For example, did you already envision Roxas when working on the first game?”

Tetsuya Nomura: “When making KH works, we always think at least about the thing that will release after it. So for example when making the first game, we were thinking about KH Chain of Memories. So, for Roxas, who starts appearing starting KH II, we had a vague idea about having a new protagonist, but it wasn’t something clear, and the end result turned out different.
Moreover, we don’t always manage to make everything we think of, just like the KH UX Dark Road project was shelved until now.”

Dengeki: “KH started with the PS2, but there was no new game released on PS3 and PS Vita (except the remasters). Did you ever plan to make new games for these consoles?”

Tetsuya Nomura: “I had some vague ideas about a game on PS3, but I was working on Final Fantasy Versus XIII, so we never did a new game. As for PS Vita, it had high specs compared to the other portable consoles, so we once discussed that if we made a game on PS Vita we might as well rather make a home console game. But the opportunity never presented itself.”

Right after that was when Tetsuya Nomura got asked about a possible game on PS5 and Xbox Series X, as we detailed in a separate article.

The last part of the interview focuses on the music of Kingdom Hearts, its composers, and Tetsuya Nomura’s thoughts:

Yoko Shimomura was asked to compose the OST of the first Kingdom Hearts game because the Square Enix music department of the time recommended her. Moreover, Tetsuya Nomura previously worked with Yoko Shimomura on Parasite Eve, and she was easy to talk with. Nomura mentioned she is incredibly respected among Kingdom Hearts fans now. He praised her music, saying it has a lot of lot of emotional waves.

Dengeki also asked Nomura about Takeharu Ishimoto and Tsuyoshi Sekito, two composers who are now regulars on the KH series. He mentioned he asked these two to compose for the series starting KH Birth by Sleep. Takeharu Ishimoto worked on Dissidia FF, and did the OST for Subarashiki Kono Sekai, The World Ends With You, and they knew each other for a long time. Nomura said Ishimoto is good at making cool songs, so he often asks him to make battle BGMs. Nomura added Tsuyoshi Sekito is great at making bright and cheerful songs, which fit the KH series. Sekito is also part of the Osaka development team, so they’re near each other, and it’s easy to ask him to compose BGM for systems and mini-games.

The release date for the soundtrack of KH MoM was decided before the release date of the game itself. And then they realized they still didn’t release the KH III OST, so they decided to release KH MoM together with the Kingdom Hearts II, II.8, Unchained χ & Union χ [Cross] OST with everything on the same day, November 11. (In Japan). Nomura’s job when it comes to the OST was supervising the design of the package, etc, and he also wrote some comments in the liner notes.

The song that to this day still left the biggest impression on Tetsuya Nomura is Hikari (Simple and Clean in English, KH 1 Opening). Because back then he never expected Hikaru Utada would be singing for the series. He still can’t forget the goosebumps when listening to the final version for the first time at the studio. It’s hard picking which other song is his favorite after Simple and Clean, but he considers many songs in KH to be masterpieces.

Overall, Tetsuya Nomura is pretty strict with the music aspect of the games, and he’s very strict on whether the song matches the image of what he had in mind too. They tend to do a lot of retakes. For example he took a long while to OK the Twilight Town field BGM in KH II. For battle and boss BGM though, the required standards aren’t as complicated, and they simply focus on making hype and cool BGMs.

Tetsuya Nomura ended the interview saying the Kingdom Hearts series will take a little break after KH MoM, but that the series is celebrating its 20th anniversary in 2022, so we should look forward that. That’s the second time Nomura teased 2022.

Kingdom Hearts Melody of Memory, is available now on PS4, Xbox One, and Switch. You can grab it on Amazon to support DualShockers. Previously, more games in the KH series were teased by Tetsuya Nomura.

Famitsu Review Scores – Disgaea 6: Defiance of Destiny, Buddy Mission Bond, Re:Zero -Starting Life in Another World- The Prophecy of the Throne
Fallout: New Vegas mod The Frontier has Released, Adds New Campaign, Vehicles
Here’s What’s Coming to Game Pass by the End of January
GameStop Will Have Limited Stock of PS5, Xbox Series X/S, and Switch Bundles Tomorrow
Undertale’s Toby Fox Gives An Update on the Next Chapter of Deltarune