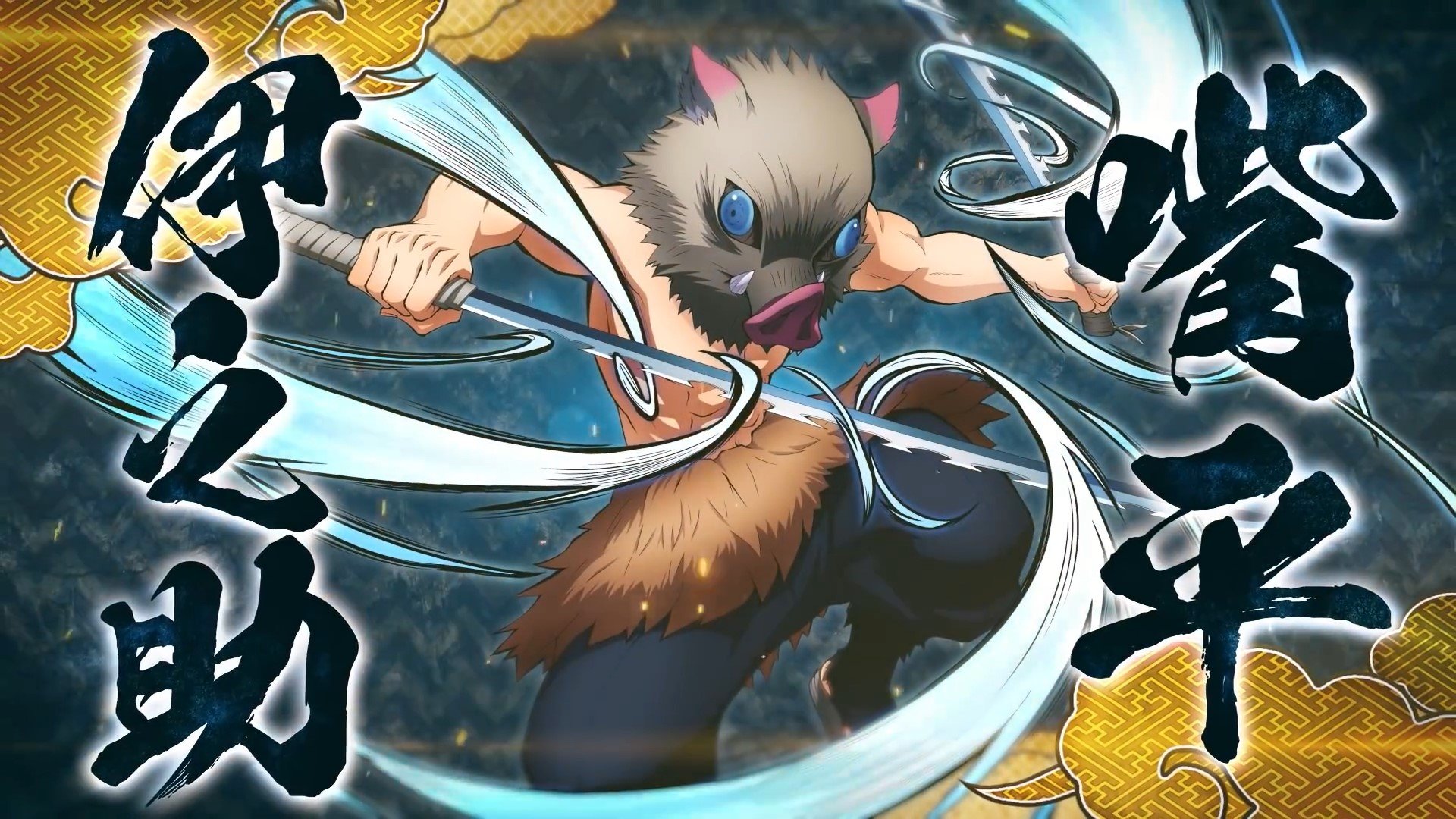 CyberConnect2 and Aniplex launched on February 22 a new gameplay introduction video focusing on Inosuke. The gameplay trailer features a battle between Inosuke and Tanjiro. Fighting by dual-wielding swords, Inosuke seems to be both a hard hitter and a speedy attacker. He can unleash high-speed combos mixing sword slashes, kicks, and even an occasional charge.

Moreover, it looks like Inosuke has a counter ability of sorts.

When activated at the right moment, he seemingly nullifies the damage received, and automatically counterattacks. Overall, it seems pretty similar to the counter skill of most Fire Emblem characters in Smash Bros, to take a mainstream example. Lastly, it looks like Inosuke is the sole character revealed so far with that type of ability.

You can find the Inosuke trailer below, alongside some screenshots. Another new trailer, for Zenitsu, was published as well. We’ll be covering and analyzing it shortly. For now, you can check the trailer for Tanjiro, and the one for Nezuko.

A Demon Slayer mobile game is also coming soon, Kimetsu no Yaiba Keppuu Kengeki Royale. However, while initially planned to launch in 2020, it was indefinitely delayed.

Demon Slayer: Kimetsu no Yaiba is an incredibly popular shonen manga by Koyoharu Gotōge. It ran in Weekly Shonen Jump magazine from February 15, 2016, to May 18, 2020. A first TV anime adaptation by Studio Ufotable aired in 2019. A first anime movie titled Demon Slayer: Kimetsu no Yaiba the Movie: Mugen Train released on October 16, 2020, in Japan. The Mugen Train movie became in 73 days the highest grossing movie ever in Japan. A new TV anime was just announced in Japan.

Kimetsu no Yaiba Hinokami Keppuutan has no release date yet besides 2021. The game was not announced outside Japan yet.