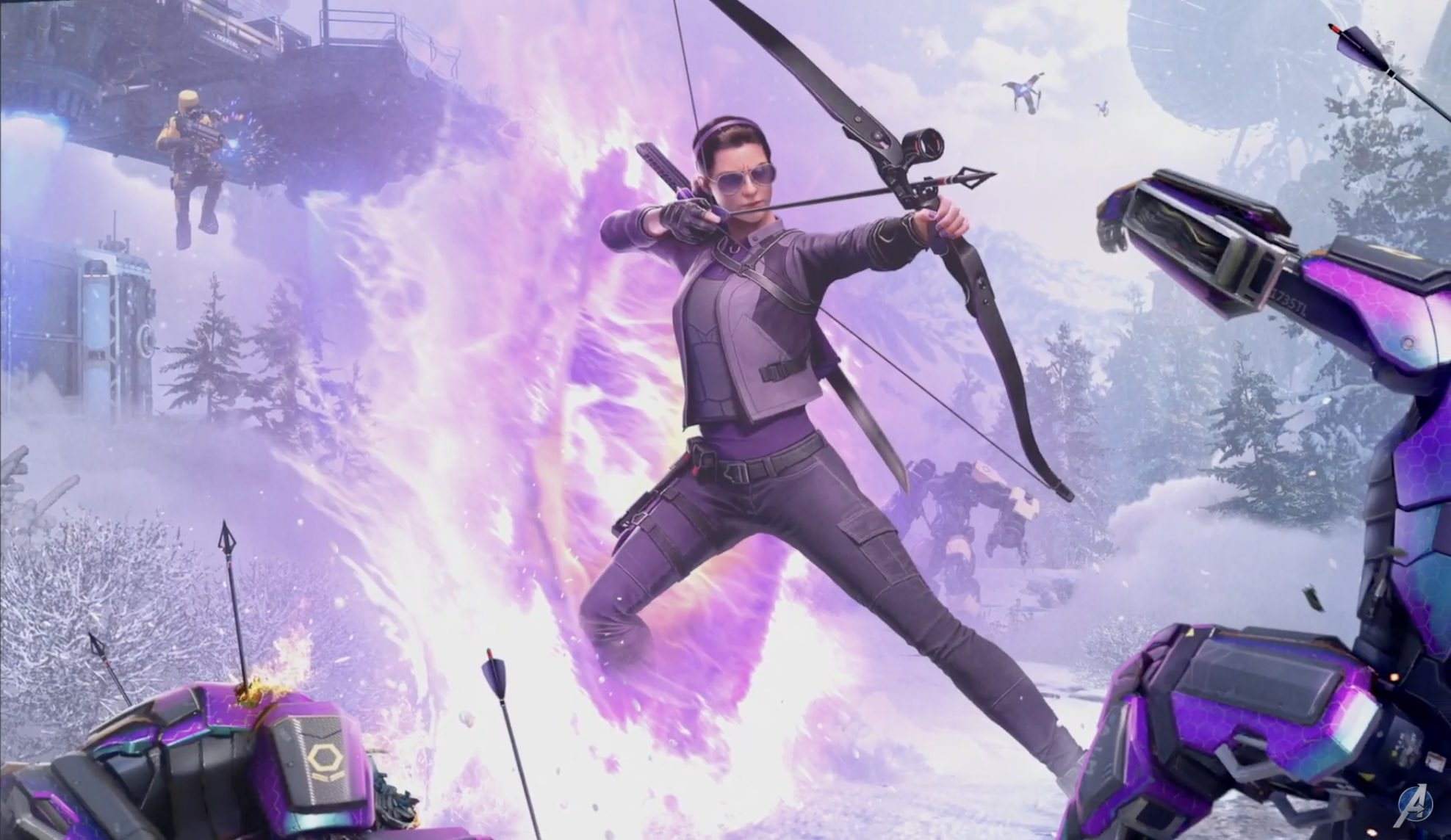 Despite a bleeding player base, Marvel’s Avengers is still moving well ahead with its plans for the future. The most notable post-launch content plans for the game are set to begin rolling out in the next few weeks when the first new hero joins the roster.

Square Enix and Crystal Dynamics held a new War Table stream for Marvel’s Avengers today and in the process announced when Kate Bishop will arrive to the game. Bishop, who is an archer that trains underneath Hawkeye, is planned to hit all iterations of Avengers early next month on December 8 as part of a free update. Originally slated to arrive a bit earlier in the year, Bishop will mark the first new character that has joined the game since its September release. Other ensuing characters slated to join the game include Hawkeye and Spider-Man, with the latter being exclusive to those on PlayStation platforms.

Kate is searching for her former mentor, Hawkeye, but along the way she discovers a conspiracy involving Nick Fury, time travel, and a frightening new enemy.

In addition to being a new playable character, Bishop will also boast her own story missions. Crystal Dynamics says that her substory focuses on Bishop’s pursuit to track down Hawkeye. In the process, she gets entangled with AIM and a new foe, while also having to unravel a “conspiracy involving Nick Fury.” This set of missions has been likened to a comic book arc, with more to roll out for all other characters that are joining the game.

Based on the footage shown of Bishop, which you can see in the video embedded in the tweet above, she looks like she could be enjoyable to utilize. Whether or not she bring back players who have fallen by the wayside since launch remains to be seen, but this seems like a good first step for the future of Avengers.