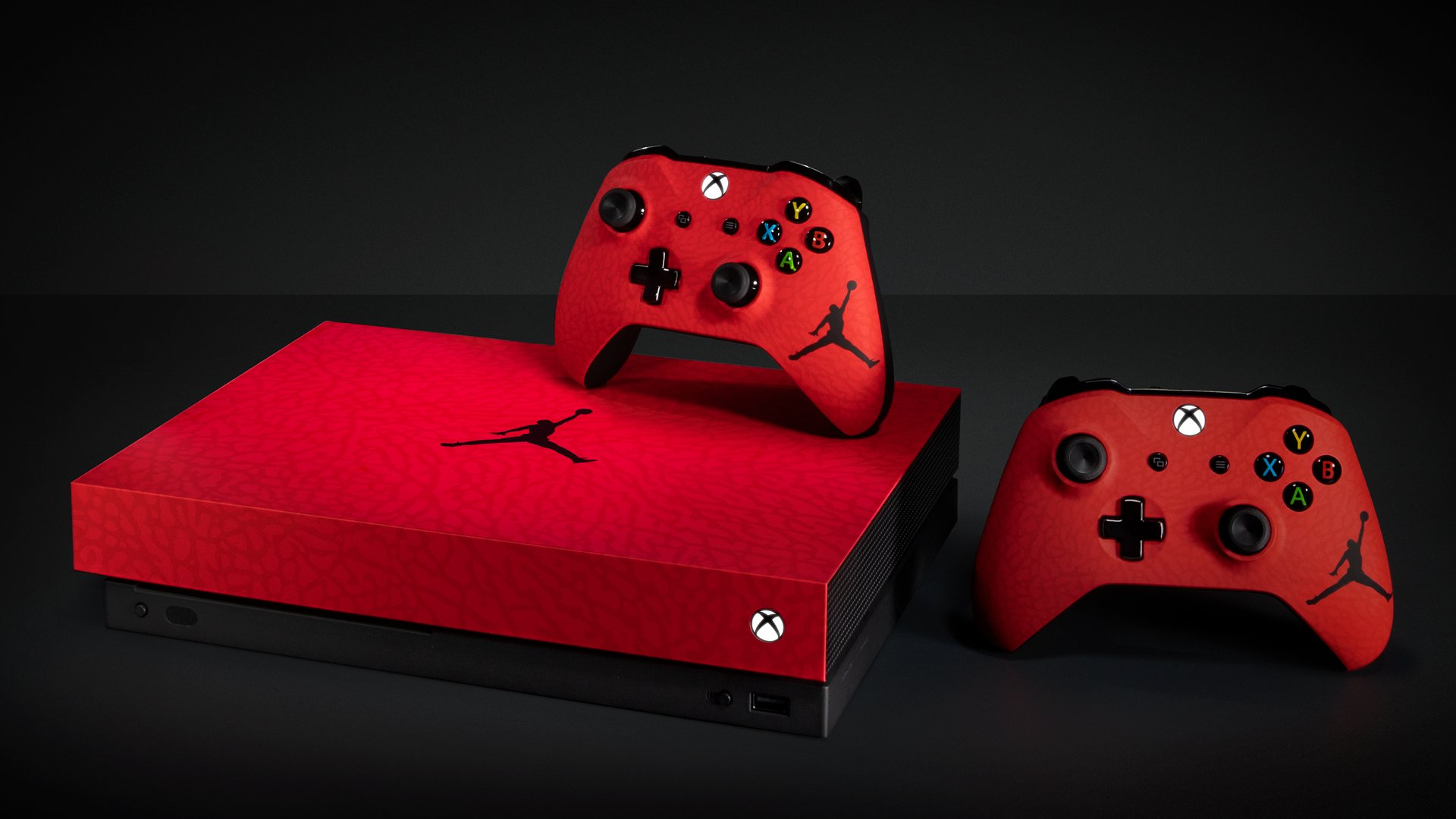 Recently, we wrote about a forthcoming collaboration that would be happening between Xbox and Jordan. Now, we know just what this crossover looks like and it’s about what we expected.

Microsoft announced today via the official Xbox Twitter account that it is currently holding a giveaway for a limited edition Jordan Brand Xbox One X. The console in question is red, likely to match Michael Jordan’s Chicago Bulls colors, and comes included with two Xbox One red controllers as well. Both the controllers and the console are also stamped with the Jordan brand Jumpman logo, as well.

Overall, I think the console and controllers look pretty great, although I do think the color scheme is a bit strong. While there is a print on the console and controllers to make the red color a little less overwhelming, I think a multi-color red/white/black scheme would have looked slightly better. Still, it’s a pretty great-looking Xbox One X, even if it isn’t my personal favorite of the limited edition boxes we’ve seen in recent history. My heart still belongs to the Godzilla Xbox consoles that were given away last year.

RT for a chance to win a Limited Edition Jordan Brand Custom Xbox One X console.

Anyway, if you want to enter to win this console for yourself, all you have to do is retweet the image that is attached above. As of this writing, the tweet has nearly 60,000 retweets, so your odds definitely might not be the best, but it’s certainly worth a shot. The contest is set to wrap up two weeks from today on February 27, 2020.

For more information on the specific rules and details of how to enter this giveaway, you can head over to the official Xbox website.

The post Jordan Brand Xbox One X Giveaway Running for the Next Two Weeks by Logan Moore appeared first on DualShockers.