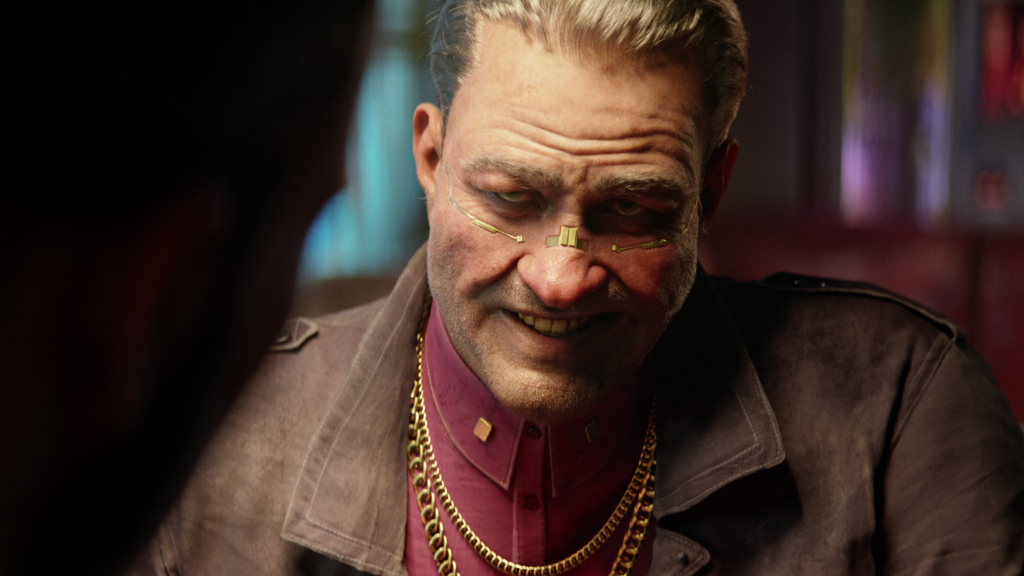 CD Projekt Red’s Cyberpunk 2077 is incredibly rich in characters, with many different personalities that the protagonist, V meets along the way. And one of those was Jackie Welles, a friendly character that has meets V in 3 different scenarios depending on the lifepath that the player has chosen. Speaking to the ExBee Podcast, Jason Hightower, the voice of Jackie Welles has said that he’s wouldn’t mind coming back to Night City to reprise his role.

Bit of a spoiler warning ahead, but Jackie Welles is one of the main characters that V gets pretty close with during the start of the game, but surprisingly, that doesn’t last after the big heist goes wrong. Basically, Jackie dies, and during the ExBee Podcast, Jason explains how he was reading the script and was sad to learn his character dies just as the mission was about to be a success.

“Listen, I don’t want to be the one to say it,” Jason says, “But I mean, we could [make a] DLC, an upload of Jackie, right, if you wanted”. He goes on to talk about how his idea of a DLC could allow players to have Jackie Welles talking to them in the same way that Johnny Silverhand talks to V throughout the story. He and the hosts also joke about him returning as a radio show host.

From the sounds of it, it seems Jackie is to remain dead sadly, as it seems as if Jason hasn’t returned to the studio to record any more lines since his character’s death. But he certainly sounds eager to return. And really, it sounds like an overall positive experience for him.

Earlier in the podcast, Jason does discuss the controversy surrounding the game’s release, however, he’s not entirely in the know on the situation but does say that he hasn’t played the console versions, later stating he’s only watched videos of people playing the game. He knows the studio is “working on it” though and mentions that his experience with the studio was positive and that it was “always just on the ball as far as making things right, and I believe that they will make this right.”

Cyberpunk 2077 is available now on PC, PS4, PS5, Xbox One, Xbox Series X | S, and Stadia with our review available to read here. The studio recently apologized for the state of the game’s launch and provided some information on upcoming updates and free DLC. However, it doesn’t seem as if we’ll get a DLC letting us experience the full scope of that amazing Jackie Welles and V montage at the start of the game.

The post Jackie Welles’ Voice Actor Wants to Come Back as Cyberpunk 2077 DLC by Ben Bayliss appeared first on DualShockers.

Is the Verdansk Map Going Away – Warzone Season 2 Update and Theories for 2021
Project Triangle Strategy – Who Is Its Composer Akira Senju?
Fortnite: Why Purple Pool at Steamy Stacks Challenge Not Working?
Where to Find Cold War Zombies Outbreak Pack a Punch Machines?
Where is Xenomorph in Fortnite – How to Get the Alien Skin