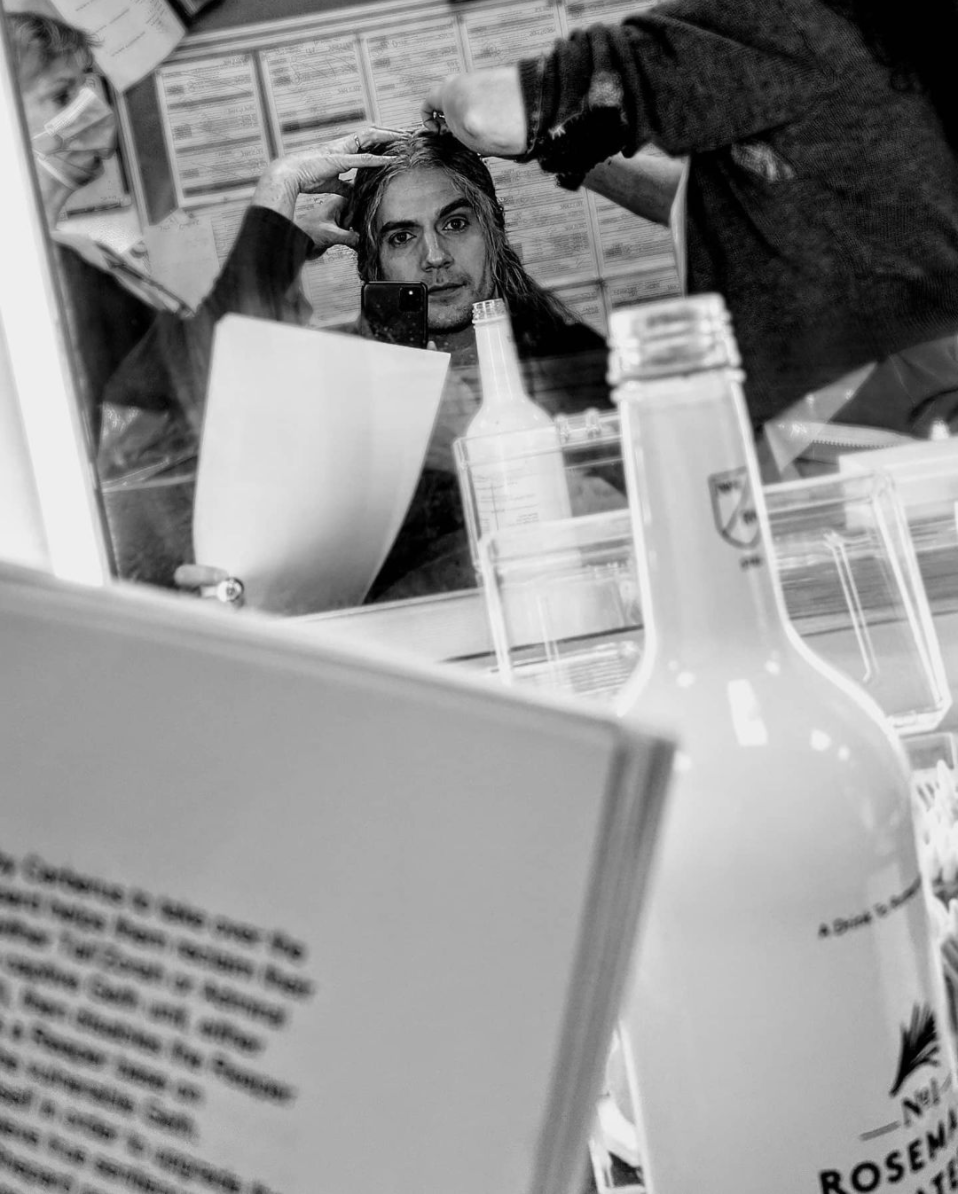 Henry Cavil has definitely proved his spot in the nerd hall of fame. Between his acting roles as Superman and Geralt of Rivia and the stream he did of his PC build, the guy clearly loves all things video games and nerd culture. Today, he posted a picture on Instagram potentially teasing a Mass Effect movie. So here’s everything we know about what Henry Cavil is up to vis-à-vis Mass Effect.

The truth is, we don’t know a whole lot yet. It’s still early as Cavil hasn’t even officially announced what the project is. We think it’s something Mass Effect-related because of the blurred-out text in his post. Gamepressure was able to remove some of the blur effects on the text and read a few Mass Effect words and terms very clearly.

The page clearly states the words “Cerberus,” “Reaper,” “Geth,” and “Tali’Zorah.” In the same article, Gamepressure figured out where the text had come from—the Wikipedia entry for Mass Effect 3. This particular passage is from the “plot” section of the page. Beware Mass Effect 3 spoilers below:

“Following the events on Tuchanka and a failed coup by Cerberus to take over the Citadel, the quarians offer their support to the Alliance if Shepard helps them reclaim their homeworld, Rannoch, from the geth. Assisted by a quarian, either Tali’Zorah or Admiral Daro’Xen, Shepard boards a geth dreadnought and rescues a captive geth unit, either Legion or a facsimile occupied by a geth virtual intelligence (VI), then disables the Reaper control signal over the geth.”

Clearly, Cavil isn’t reading a script, as it’s text directly ripped from a Wikipedia page, but he might be in the process of doing research for his next role. There has been a lot of Mass Effect news over the past few months so he could be doing any number of things. That said, the N7 fan in me is keeping his fingers crossed for a Mass Effect movie announcement soon.

The post Is Henry Cavil Teasing a Mass Effect Movie? Everything We Know by Peter Hunt Szpytek appeared first on DualShockers.