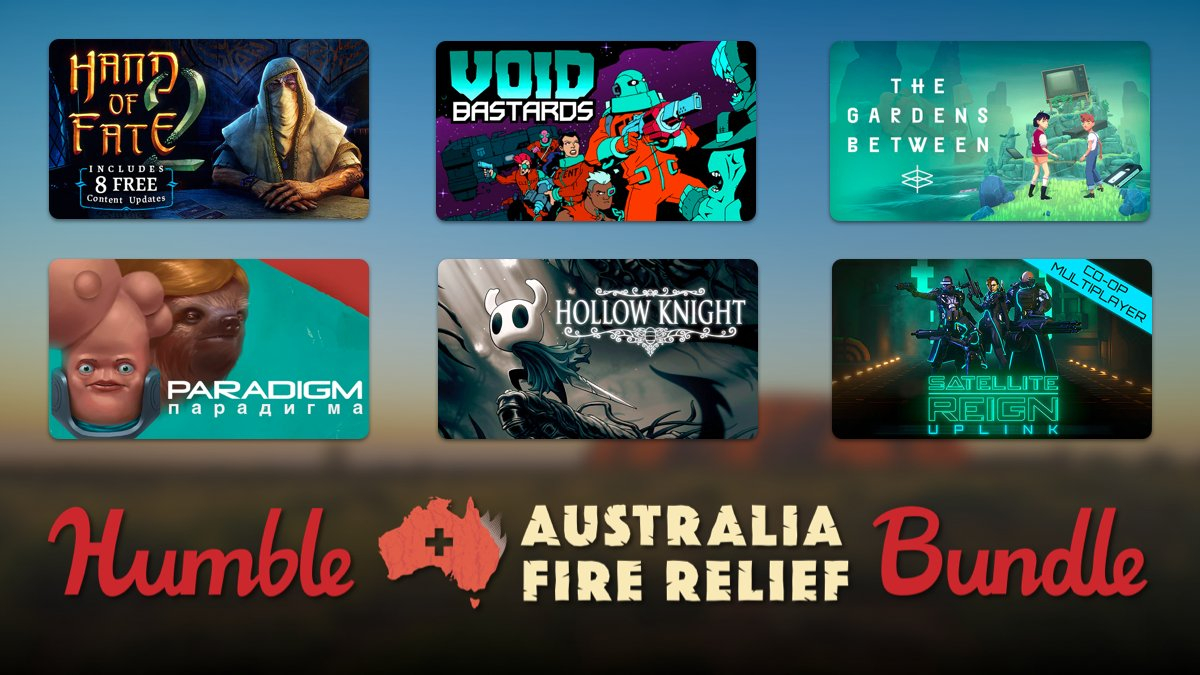 All too often in the daily news cycle we hear about the negative connotations surrounding gaming, but for all those instances there are plenty of situations where gaming can contribute to being a force of good in the world. Especially in the case of the bushfires that have ravaged large parts of Australia recently, a new bundle offering from Humble is helping to contribute with recovery and relief efforts.

Humble has announced that a new bundle offering is available in support for fire relief efforts in Australia in the wake of the devastating bushfires that have scoured the country in the past several months. The Humble Australia Fire Relief Bundle is offering a collection of nearly 30 games (for a total value of over $400), with 100% of the proceeds going towards wildlife and animal preservation charities in Australia. The bundle is available for a minimum suggested donation of $25, though you can donate at a higher level and still get the bundle.

The bundle itself offers an excellent collection of games that all happen to tie into Australia, whether they come from Australian developers or studios, or feature content with Australian wildlife or other hallmarks of the country. While the donation itself is going towards a worthy cause, it’s also nice to get a great assortment of games in the process, such as Hollow Knight, Void Bastards, Armello, The Gardens Between, and many more.

Humble is one of many studios, developers, retailers, and other contributors in the games industry seeking to provide help for Australian fire relief. So far that has included efforts and donations from Ubisoft Australia, Infinity Ward with a DLC pack for Call of Duty: Modern Warfare, a fundraising campaign from Bungie, and community support from Apex Legends and Overwatch players.

The Humble Australia Fire Relief Bundle is available now through January 24, 2020 – you can grab the bundle for yourself here.

For disclosure: DualShockers has an affiliate partnership with Humble, but will not receive any portion of the proceeds from purchases of the charity bundle.

The post Humble Bundle is Offering a Collection of Games to Support Australia Fire Relief by Ryan Meitzler appeared first on DualShockers.

Monster Hunter Stories 2: Wings of Ruin Livestream Details Story and Characters
Warzone is Getting a Subway System to Use as Fast-Travel
Street Fighter V Previews Upcoming Fighter Dan in New Gameplay Trailer
The New iOS Xbox App Allows Players to Stream Games to Their iPhone
The Last of Us Part 2 Multiplayer Mode Confirmed in Vague Tweet