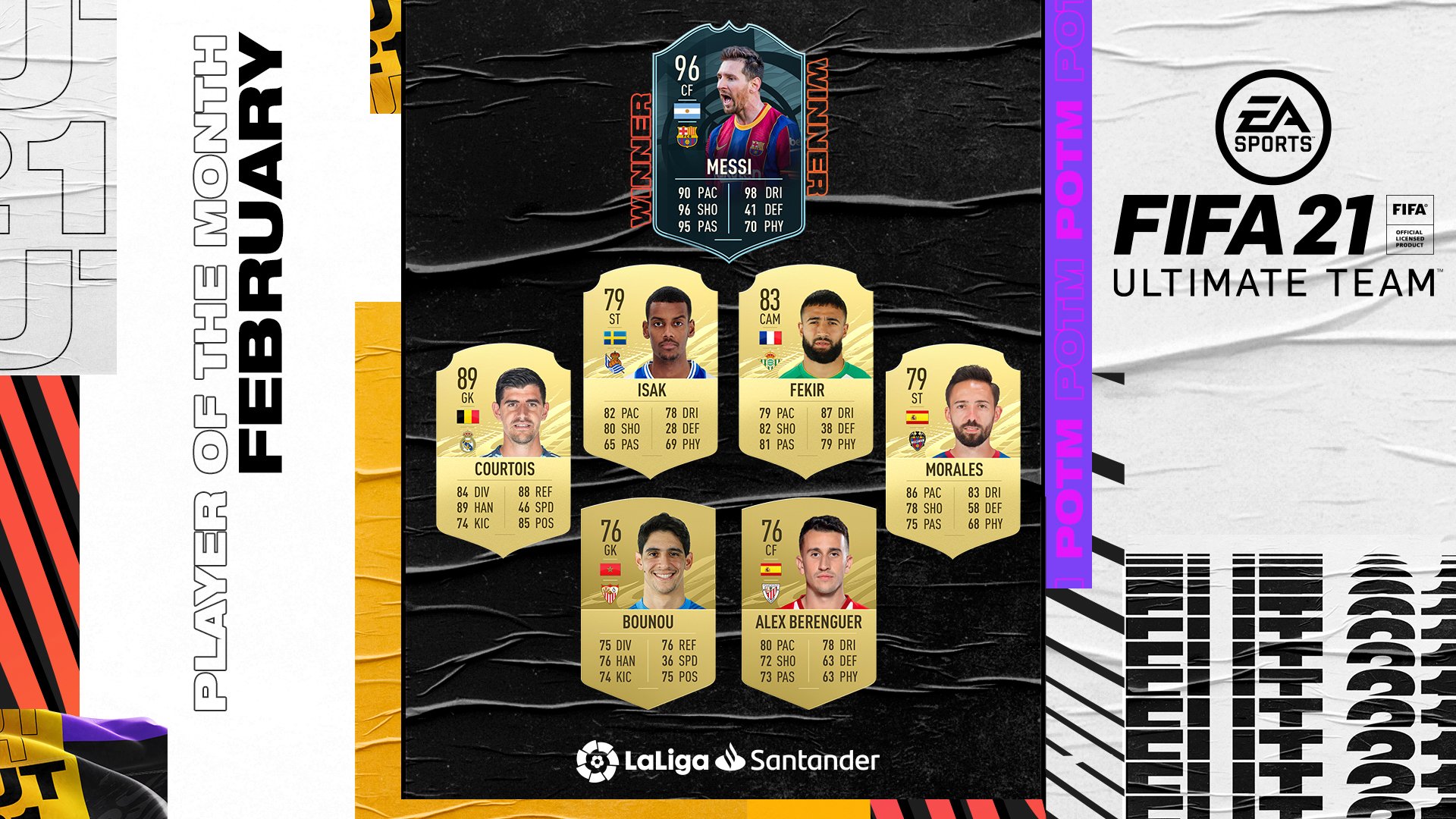 Of course, FC Barcelona is not as powerful as its incredible days with Pep Guardiola or Luis Enrique nowadays, but some players still continue showing off great performance even if the whole team couldn’t achieve a successful result. Lionel Messi is surely one or probably the best player among this group in Barcelona over that last month. After his nice performance against Sevilla in Cop Del Ray, EA added a new 96-rated POTM Messi FIFA 21 card, which can be either purchased or unlocked through the squad building challenge.

In order to get Lionel Messi’s Player of the Month card, you need to build six squads with the requirements below:

While purchasing Messi’s Player of the Month card will cost you something between 1,805,000 to 2,400,000 FUT Coins, grabbing it through the Squad Building Challenge will require you to have at least 1.6 million FUT Coins as estimated by FUTbin.

This new 96-rated Lionel Messi card seems to be better than his Team of the Year card with improved shooting, passing, defending, and physical ratings. It also has a cheaper price than his golden card in FIFA 21. Keep in mind that the card will only be around for a limited time.

The post How to Unlock POTM Messi FIFA 21 SBC Card in Ultimate Team by Mehrdad Khayyat appeared first on DualShockers.