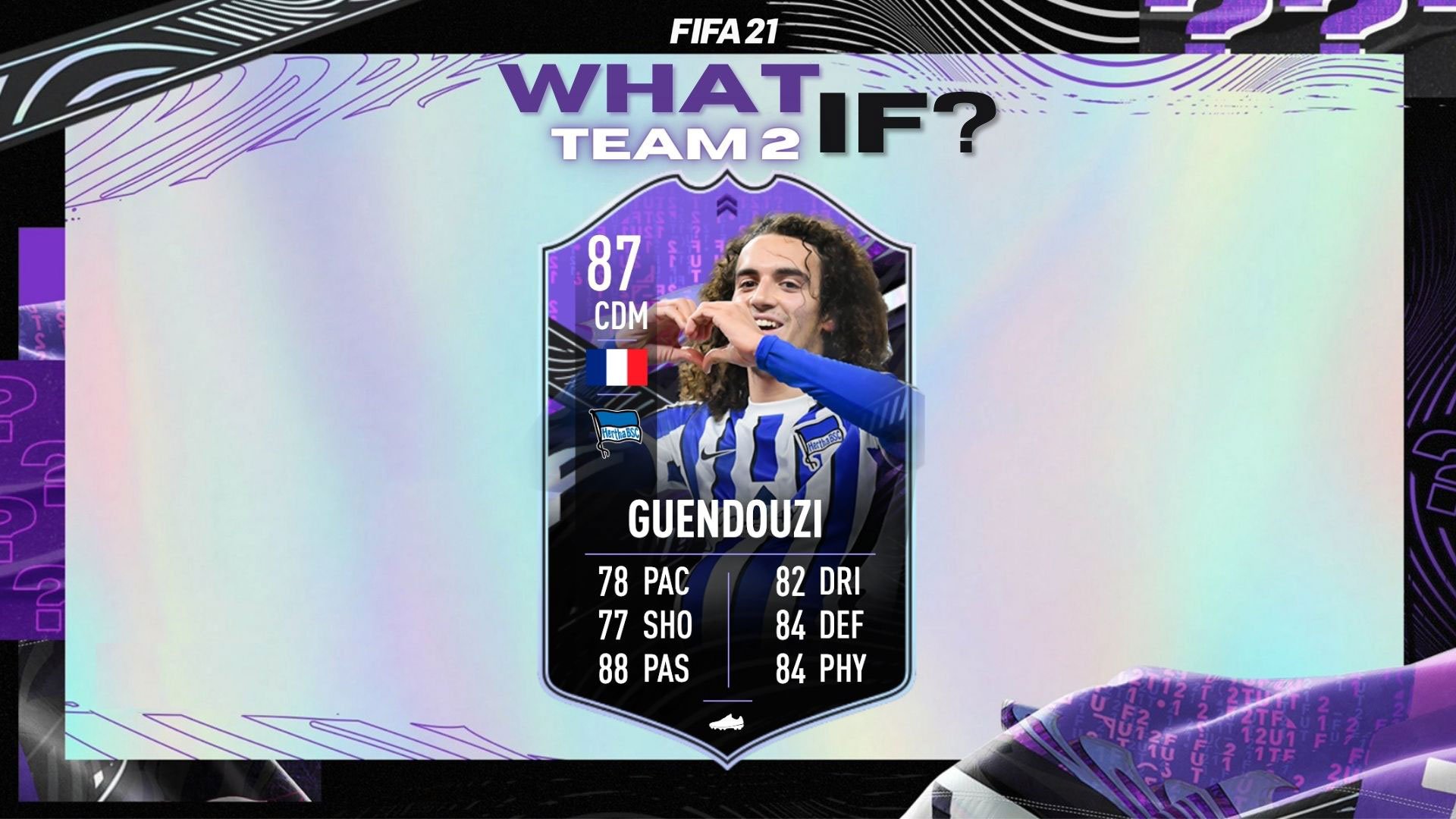 The Ultimate Team in FIFA 21 is one of the game modes that will take a lot of hours to make progress if you decide not to spend real money on it, but the new What If cards in the game have brought a little bit of balance to the game. What If dynamic cards can be achieved through completing a variety of challenges and also can be upgraded based on the performance of the player’s team in the domestic league matches. Hertha’s Matteo Guendouzi FIFA 21 What If card is one of the latest ones that you still have the chance to grab, but first you need to complete some challenges.

Matteo Guendouzi FIFA 21 What If Challenges:

Unlike Cristian Tello’s What If card and Lionel Messi’s Player of the Month card, the new Matteo Guendouzi What If card doesn’t require Squad Building Challenges, and that’s why you can probably finish all objectives with no need to spend FUT Coins if you are lucky enough and have some Bundesliga or French players in your team. Here are the challenges:

Keep in mind that you should complete all the challenges until March 12 to get the Guendouzi What If card. If Hertha manage to score six goals in the next five Bundesliga fixtures, the card will be upgraded.

The post How to Unlock Matteo Guendouzi FIFA 21 What If Card by Mehrdad Khayyat appeared first on DualShockers.