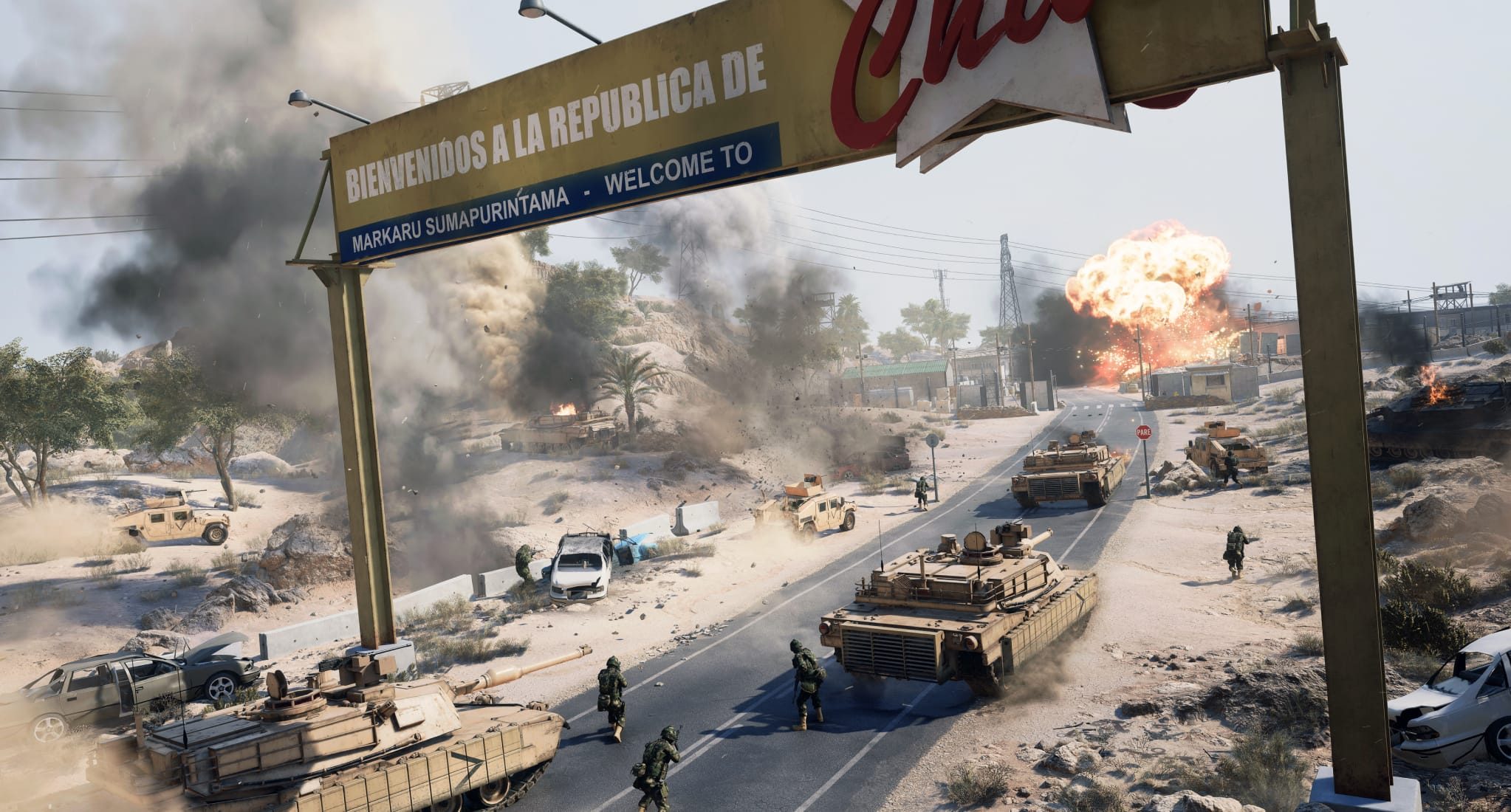 The tides are shifting with the announcement of the Battlefield Portal.

The Battlefield Portal is set to introduce maps, modes, weapons, vehicles, and more from past Battlefield titles and into one epic sandbox experience mode. But that’s not all, DICE has also introduced a Rules Editor with the new mode, giving players the opportunity to create their own epic matches.

It’s obvious that the Battlefield Portal is going to be something special, and it truly brings a new way for remastered content to be introduced into a game. Gone are the days of incorporating remasters into the core experience, instead, Battlefield 2042 has taken a whole new approach, and it seems revolutionary.

It’s almost certain after the announcement that the like of the Call of Duty developers are looking at the Battlefield Portal and scrambling to pencil in ideas for a future title. This is the ultimate community-driven sandbox experience, with players creating their own unique modes to show off the entire Battlefield community.

You can already see content creators playing this mode with their fans on a mass scale, having fun with countless different sandbox moments. It’s entirely likely that the mode will become Battlefield’s most popular, with the Battlefield buzz seemingly going to the next level after the announcement of the Portal.

It seems like the Battlefield Portal format is the future of not only FPS games, but definitely has a future for franchises with multiple titles spanning years such as Call of Duty, Assassin’s Creed, Far Cry, and more.

The Battlefield Portal will release with 13 maps in total, 7 from the base game and 6 classic remasters. Battle of the Bulge, El Alamein, Valparaiso, Arica Harbor, Caspian Border, and Noshahr Canals will all be making a return in Battlefield 2042.

Previous Battlefield weapons, vehicles, and gadgets will also be making a return, with over 40 different weapons, 30 gadgets, and 40 vehicles available to players from day one. What’s even more interesting about the sandbox experience is that DICE has already confirmed that more maps, weapons, vehicles, gadgets, and more will be coming to the game post-launch too. So, although we already have an epic amount of content from day one, the mode will continue to grow throughout the game’s lifecycle.

Unfortunately, DICE has not commented on whether or not the Battlefield Portal will be available during the Battlefield 2042 Beta, which was announced for September, but there is a glimpse of hope. It’s possible that DICE will want to test this experience as much as possible, because although it’s good on paper, in practice it seems like it could be the mode with the most bugs and glitches.

The post How The Battlefield Portal Will Change FPS Forever by Tom Henderson appeared first on DualShockers.