IO Interactive has revealed that brand new content updates as well as the reveal of something new is set to come later this month, on October 24.

The news comes via a new blog post on its official website, where the Danish developer revealed a content schedule for the rest of the month. Starting on October 13, ten new Featured Contracts as well as a brand new Challenge Pack will arrive across all platforms. On top of that, ten new player-curated feature contracts will also come this month at a later date.

While it is unknown precisely what the new content reveal will be, IO has already confirmed that the original content being announced does not pertain to Season 2. While it is disappointing to know we will not be getting a second season, the studio also did not indicate that another season was not out of the realm of possibility.

The teaser image provided by the studio features an unknown man looking directly at a skylight. Based on the image itself, it is possible that it might not be Agent 47, but instead a new target. On top of that, the background does not indicate that it is a previously established location within the game, implying that a new location might be announced. 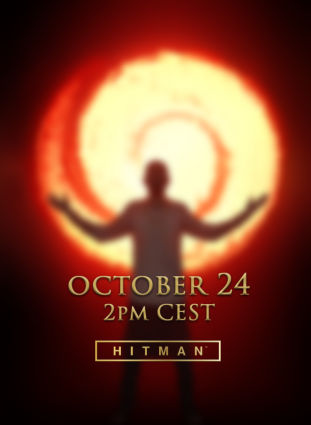 Hitman is available now on Linux, Mac, PC, PlayStation 4, and Xbox One.