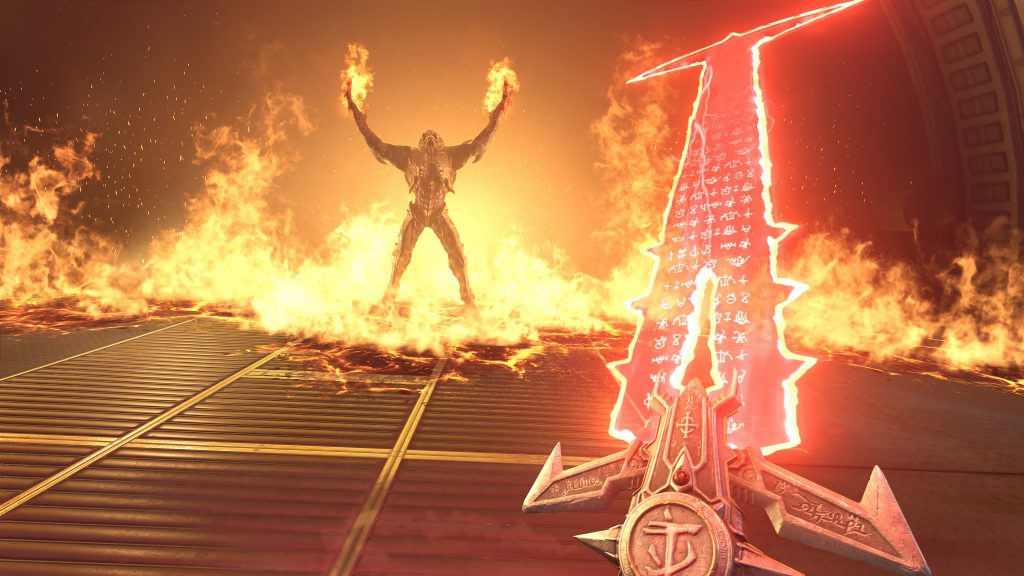 It’s been already decades since we started tearing the demons apart in the DOOM franchise, and the series is still alive. While it’s always been known for its first-person and immersive view that engages players deeply in the experience, have you ever asked yourself what would happen if you play DOOM in a third-person view? Well, the answer has been already given in DOOM Eternal.

The most recent entry of the series, DOOM Eternal, launched recently and as it was expected, received a heartwarming welcome from fans and highly-praised reviews from media. As a love letter from modders, the game has also received a third-person mod on PC, which proves how tightly the game is dependent on its first-person view.

The clunky movement animation is probably the first awkward thing that would convince you to get back to the first-person mode. Besides, the special kills with unique animations don’t seem to be as satisfying anymore in the third-person view. However, if you’d still like to have fun with this mod, you’ll need to get the latest version of Cheat Engine, and then do the rest based on SunBeam’s cheat table here.

If the developer itself decides to make DOOM Eternal a third-person game, surely, it wouldn’t be that messy. But regardless of that, a third-person DOOM could never be as impressive as it is right now with what id Software and Bethesda gave us.

DOOM Eternal is now available for PS4, Xbox One, Google Stadia, and PC, while the Switch version is set to be launched sometime later. So far, DOOM Eternal managed to break the franchise’s record for opening sales and reached over 100,000 co-current players on Steam soon after launch.

If you are new to the DOOM series, make sure to check out our guides on how to unlock the classic Doomguy skin and how to beat one of the badass demons in the game, the Marauder.

The post Here’s How You Can Play DOOM Eternal in Third-Person Mode by Mehrdad Khayyat appeared first on DualShockers.