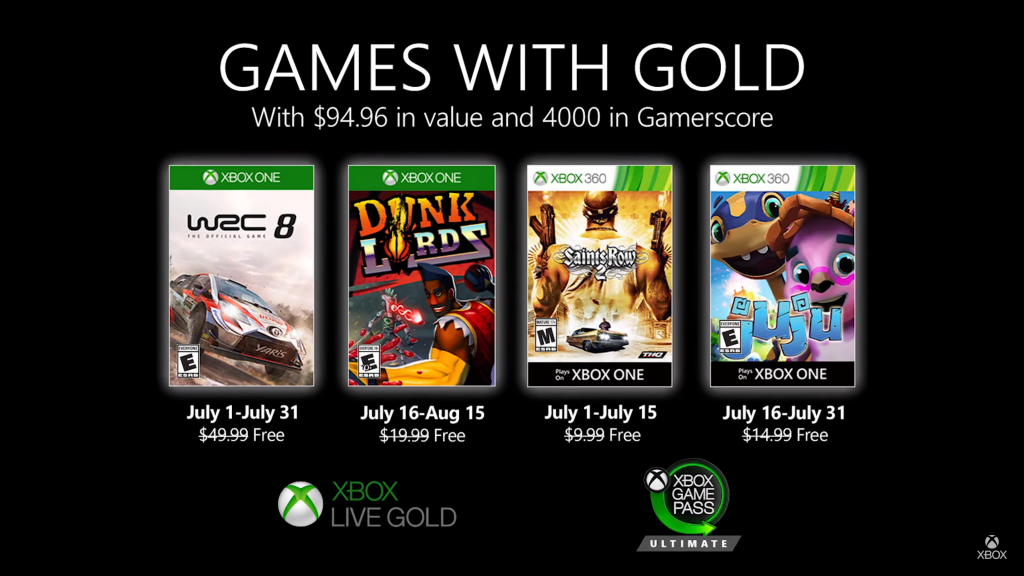 The month isn’t what you would call a slam dunk, pun intended. But I might actually check out Dunk Lords. As a big basketball guy myself, I have missed the glory days of NBA Jam. This game looks like it takes a big inspiration from those games and with the absence of the NBA right now, this could fill the void.

A little bit of advice I usually try to throw in is to grab these titles even if you do not think you will get to one of them for a while. I can’t remember how many times I have wanted to play a game that came to Games with Gold or PlayStation Plus in the past that I never got around to downloading when they were available. If you just go in and claim the titles, you will always be able to download and return to them whenever you want as long as you are still subscribed to the service. It is just a little trick I try to remember to do that could save my butt and my wallet a few bucks later down the line at some point.

The post Here are the Free Games With Gold For July 2020 by Grant Huff appeared first on DualShockers.