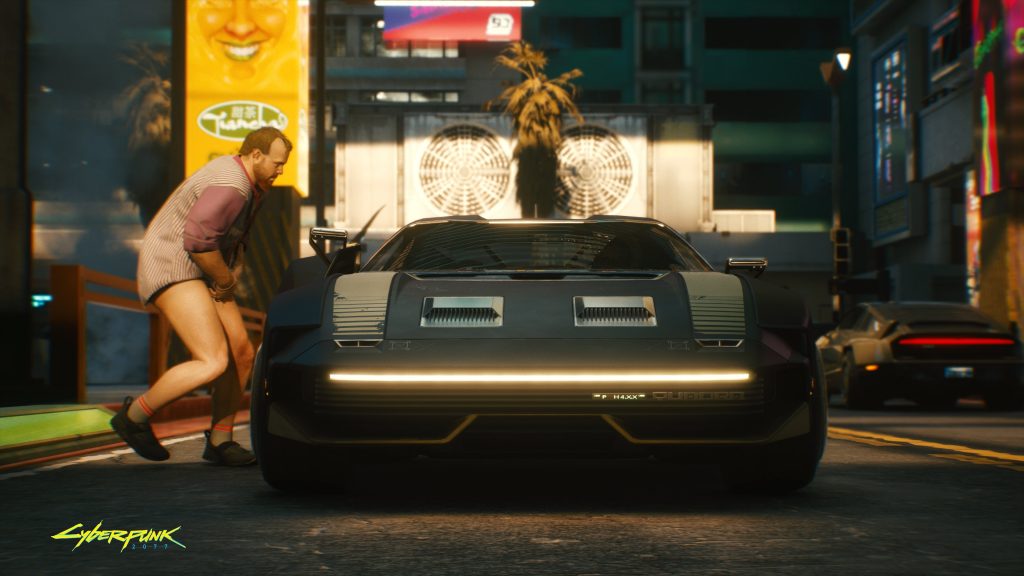 After seeing Keanu Reeves sneak into Cyberpunk 2077 as Johnny Silverhand, the enigmatic rockerboy that haunts main character V, we should have seen something like this coming. Other online personalities have apparently also made their way into CD Projekt Red’s upcoming title, including Youtube personality and Executive Producer of Monster Prom, Jesse Cox, who recently teased the addition his likeness has made to the game.

It’s not just Cox’s voice you can expect to find in Cyberpunk 2077, but him entirely. The Youtuber seems to have gotten the same treatment as Keanu Reeves, except his predicament might not be as cool as Johnny Silverhand’s. In a tweet revealing his part in the game, Cox said “I’ve got a quest for you. And yes, it’s exactly as messed up as you think it’d be.” After finding out what the quest entails, I can say Cox is categorically correct.

Just a heads up, the following will contain spoilers for a side quest in Cyberpunk 2077. The side quest that Jesse Cox’s character is involved in has no bearing on the main storyline that players will experience with V, although it seems to show off the game’s unique sense of humor.

Although it’s not clear how players get Cox’s character’s quest, the quest’s contents are readily available. As it turns out, Cox’s character underwent some cyberpunk… male enhancement surgery, but it had gone awry. Players are tasked with taking him to a ripper doc, medical professionals specializing in cybernetic enhancements, to remedy his now damaged third limb. Afterward, the character will give V a ring and wire over some Eddies for their trouble.

That’s just a taste of what’s in store for players in the side quests of Cyberpunk 2077. I suspect they won’t all be gags, although the Cyberpunk genre makes plenty of room for jokes. I mean, when you hand people cybernetic prosthetics and let them travel into the internet, something funny’s bound to happen. Either way, we’ll get a better look at some more tales from Night City when Cyberpunk 2077 launches November 19 on PC, PS4 and Xbox One.

The post Help Jesse Cox With a Very Personal Issue in Cyberpunk 2077 by Otto Kratky appeared first on DualShockers.