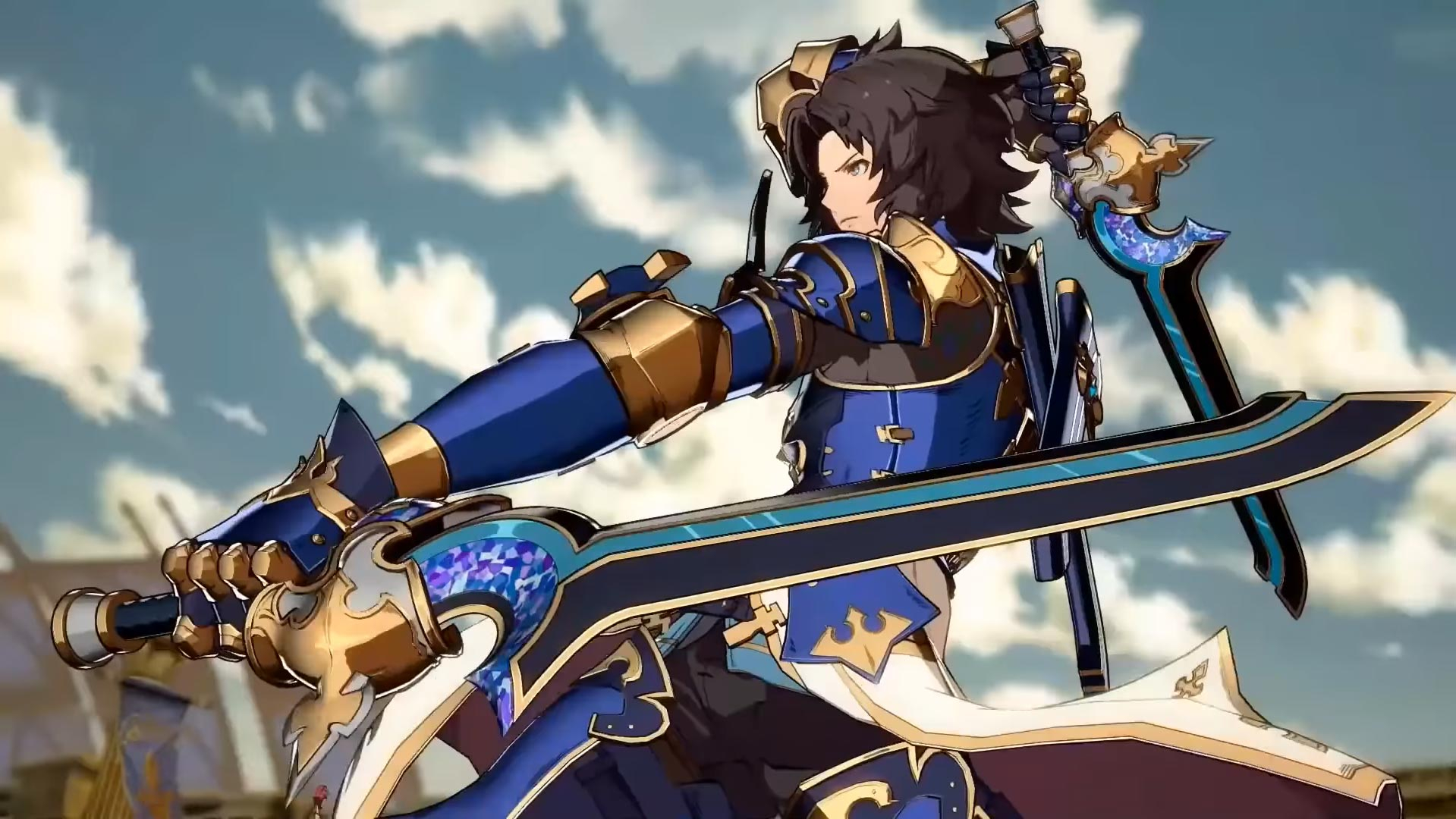 The newest trailer for Granblue Fantasy Versus showcases the franchise’s twin-bladed hero. Lancelot is the Captain of the Order of the White Dragons and is ready to “risk both life and limb” for his kingdom.

”I’ll guide my country with these twin blades!”

If danger were to appear in the kingdom he so loves, he would risk both life and limb to see it defeated.

…Despite this, he can never seem to keep his room clean. pic.twitter.com/VVb8yOxxAC

Tweeted by XSEED Games, Lancelot is also known as the “Twinfang Prodigy.” I would assume this is because he has mastered the art of duel-wielding those two short swords he is holding. According to the Granblue Fantasy Versus Lancelot Character Feature, his playstyle involves overwhelming his opponent’s with his speed and using mix-ups. If you are not quite sure what that means, check out the trailer below.

The gameplay shown in the trailer certainly exemplifies the fast and furious combat of Lancelot, especially in comparison to the “Spirit Maiden,” Ferry. Dealing most of his damage close-range, the Twinfang Prodigy is incredibly quick as he dashes and slashes his way through much of the game’s cast. Switching from side to side mid-combo, he certainly has ways to baffle the opponent. There were some mid-range options there too, but it seems to be more advantageous to get in close-range. He also seems to have some aerial moves which may prove to be useful as anti-airs, although that isn’t really shown here.

Lancelot looks like a solid character to start with. I’m sure there are complex moves to learn from every fighter, but this noble warrior seems like one of the more approachable fighters in the game. Although, most of his moves seem to only be effective at close range with only a few options to use mid-range. Again, this is all speculation and I’m sure we will find out when the game finally releases.

Granblue Fantasy Versus is set to launch in Japan for PS4 on February 6, 2020. There isn’t a specific release date in the West but it has a launch window of Q1 2020.