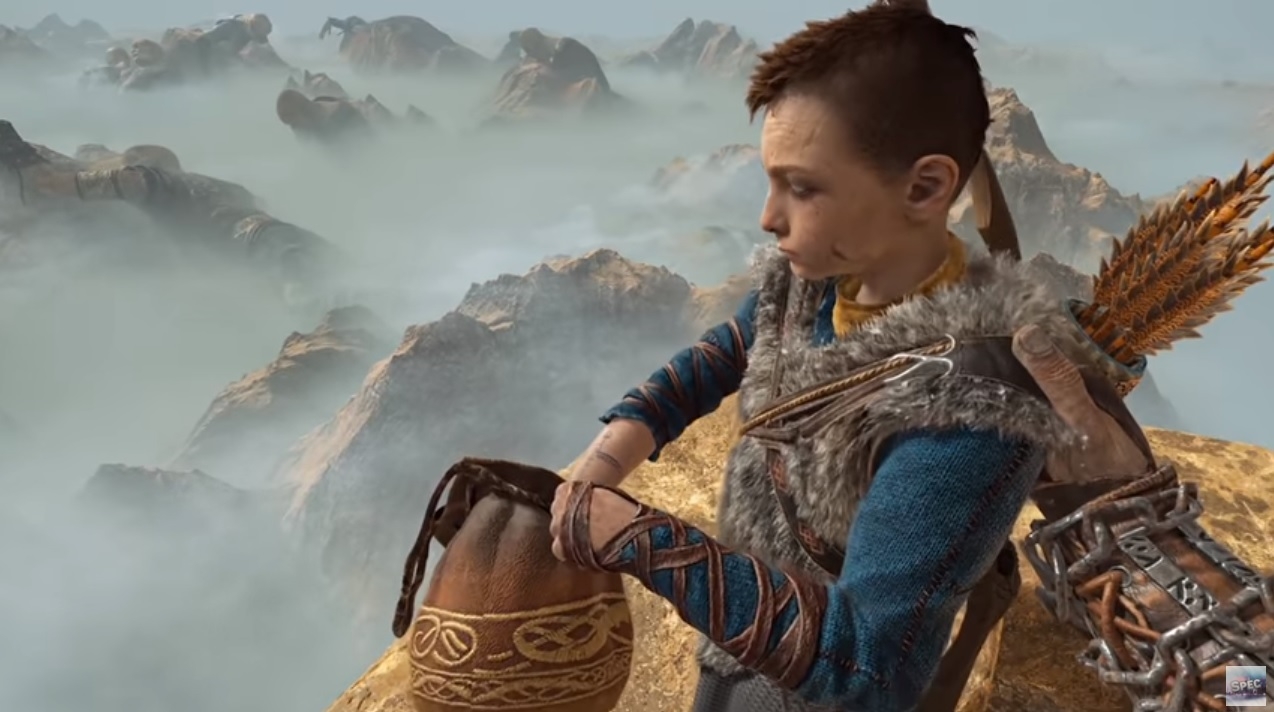 Sony’s Santa Monica’s God of War crashed into the video game universe with gusto in 2018, taking players on an ancient mythology journey. Many gamers would say that God of War is as near to perfect as it could be, but of course, modders never think that way; always wanting to fiddle around and change the layout of things. So, if you have ever wondered how the game would look from a first-person angle, modder Speclizer has something special lined up just for you.

YouTuber Speclizer, who loves nothing more than taking video games like Detroit: Become Human and Marvel’s Spider-Man and then adding certain features or angles to them has now taken on Kratos from God of War and placed him into the shoes of the player. Allowing players to experience Kratos from this perspective is not only pretty strange but also it makes the player realize how tall this demigod actually is. Personally speaking, I’m glad that God of War wasn’t designed like this, mostly due to a lack of connection between Kratos’ and Atreus’ relationship and we’d also miss out on those stunning cinematic shots, not to mention being able to probably witness the evolution of Kratos himself – although the camera does shift back and forth between them both.

However, what Speclizer has created is certainly very cool especially so when we see a more intimate moment between Kratos and Atreus whilst scattering Faye’s ashes atop the mountain. It would be interesting to see how this first-person viewpoint would look in fight sequences or from iconic scenes throughout the game but for now, I think I’ll stick to the well-balanced third-person mode as you know what they say, don’t fix what isn’t broke. Make your own mind up by checking out the video itself, below.

In other God of War news recently, former PlayStation employee, Michael Mumbauer, talked about the idea of remakes for God of War and Uncharted with David Jaffe. When asked by Jaffe if he could explain it in a little more detail, Mumbauer replied “Remakes and remasters were the things I was chasing after. So that’s why the dev team was built. What I can tell you is that’s what I was chasing because I believed that there was value in doing something like a remake of God of War at the visual fidelity of today. Or, a remake of Uncharted 1.”

If God of War art is more your thing, check out this very different looking, and older, Atreus. Sam Yang also captured Atreus as a fully grown man and Kratos as a much older man in the background – it’s a really stunning piece that you can view right here. Raf Grassetti, the art director for 2018’s God of War shared some incredible renderings of the cast of Chrono Trigger on his Twitter and Instagram where he breathed life in the iconic characters of Chrono, Frog, and Robo. PlayStation head Jim Ryan has recently talked to The Telegraph on whether the next God of War installment will be available on the PS4 as well as the PS5. Unfortunately, as yet, Ryan only apologized and stated “Sorry. I’ve got nothing to say about that today,”

For now, all we know is that the next installment in the series is tentatively set to release in 2021 and will for now only be coming to PS5 and if you have yet to experience the latest God of War for yourself, it’s available exclusively on PS4 and you can pick it up from Amazon right now.

The post God of War Mod Allows Players to Experience Kratos From a Different Perspective by Rachael Fiddis appeared first on DualShockers.