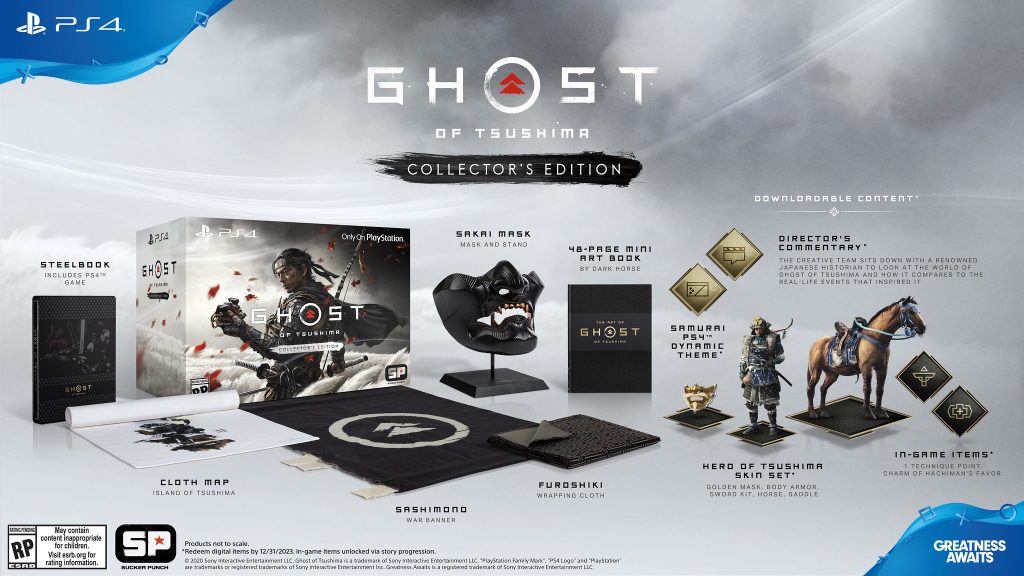 Alongside the announcement of its June 26 release date, Sucker Punch and Sony today also revealed the various versions of Ghost of Tsushima that fans can expect to purchase upon launch.

In total, there are four different versions of Ghost of Tsushima that will be available for sale, starting with that of the standard edition. As you might already expect, this edition will simply just include a boxed copy of the game and will be available for $59.99. Pretty straightforward.

The next version up, that of the Digital Deluxe Edition, will retail for $69.99 and will include the game, the Hero of Tsushima skin set, two in-game items in the form of the Charm of Hachiman’s Favor and a technique point, and a PS4 dynamic theme. There will also be a digital art book that you’ll be able to download along with a Director’s Commentary. As the name suggests, this version of Ghost of Tsushima will only be available digitally on the PlayStation Store.

For the same price of $69.99, you can also opt to snag the Special Edition, which will include all of the aforementioned items in the Digital Deluxe version outside of some of the bonuses included in the Hero of Tsushima skin collection. The only major change here is that for physical purchasers, this edition of the game will come packaged in a steelbook case.

And for the final version, the Collector’s Edition, you’ll need to open up your wallet just a tad bit more. This version will retail for $169.99 and will include everything that has already been mentioned in addition to more physical items. The most notable of these extras is that of a replica mask, which resembles one that Jin wears in-game. The mask comes with a stand to also display wherever you may like. Additionally, the Collector’s Edition also includes a 48-page art book, a sashimono, a cloth map of the island of Tsushima, and a furoshiki. While this is obviously a pricey version of the game, there seems to be a lot of cool things packed in here.

Finally, if you pre-order any edition of Ghost of Tsushima, you’ll be able to get an avatar of the main character, Jin, a digital soundtrack, and a PS4 dynamic theme that resembles the box art of the game. If you’re someone who is going to pick this game up on launch day, it might be worth pre-ordering just to net yourself some additional goodies.

You can check out images of the three premium editions of Ghost of Tsushima and what they’ll each include in the gallery down below. The game is set to launch on June 26, 2020, exclusively for the PS4. 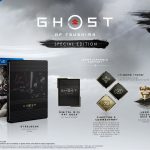 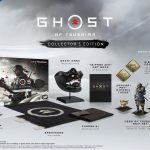 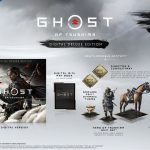