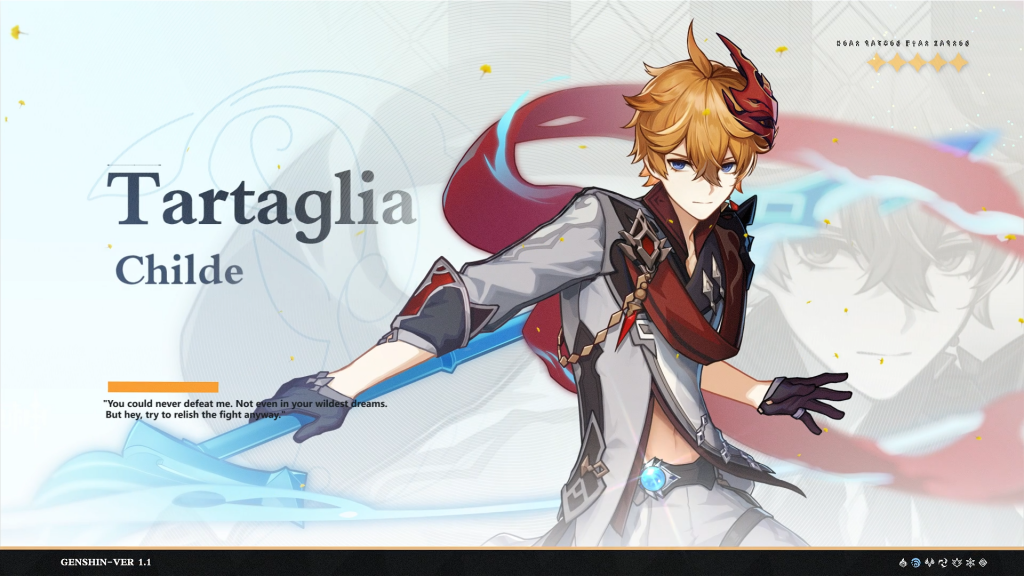 On November 18, miHoYo announced a quick balance patch nerf for the Childe boss fight in Genshin Impact (PC, PS4, PS5, Mobile, soon on Switch). The boss fight against Childe in the archon quest (main story quest) Heart of Glaze will have its difficulty decreased on November 19.

This kind of fix will definitely trigger debates regarding game difficulty. The first time you do this boss fight, it’s through main story content. Personally speaking, while bosses need to be challenging, I believe it’s important it’s beatable by most players. In order to be able to see the story. As such I believe it’s a good choice on miHoYo’s part. On the other hand though it’d be nice if the original boss fight difficulty stayed available as well for those who prefer it this way. In any case, the weekly boss fight versions of the boss battle won’t be changed.

Moreover, rather than a difficulty debate, I believe it’s more important to note this is a very similar situation to another previous change, the resin upgrade.

When miHoYo announced the 160 max Resin upgrade, the announcement was made first on the English Genshin Twitter. As I’m writing this, the Childe boss fight nerf was only announced on the English Genshin Impact Twitter as well. The Japanese Twitter didn’t share the news yet. Showing once again miHoYo is actually particularly attentive to feedback from English players since the game’s launch.

If you want to try out the boss fight the way it is now and respect the original vision of the creators of Genshin Impact tm, you have one day left to play the new Liyue story chapter, a New Star Approaches. I’ll be playing it myself now as time didn’t permit me to try it out yet.

Our developers are planning to make the following fix within the 11/19/2020 update:
Decrease the difficulty of the Childe boss fight in the archon quest “Heart of Glaze.”#GenshinImpact

Genshin Impact has a pretty cool ongoing event, Unreconciled Stars. A new character voiced by Tetsuya Kakihara (the seiyuu of Simon, the protagonist of the best mecha anime of all time tm) also appears in it. Here’s the event’s schedule:

The post Genshin Impact Will Nerf The Boss Fight (Story Version) Against Zhongli’s Boyfriend On November 19 by Iyane Agossah appeared first on DualShockers.