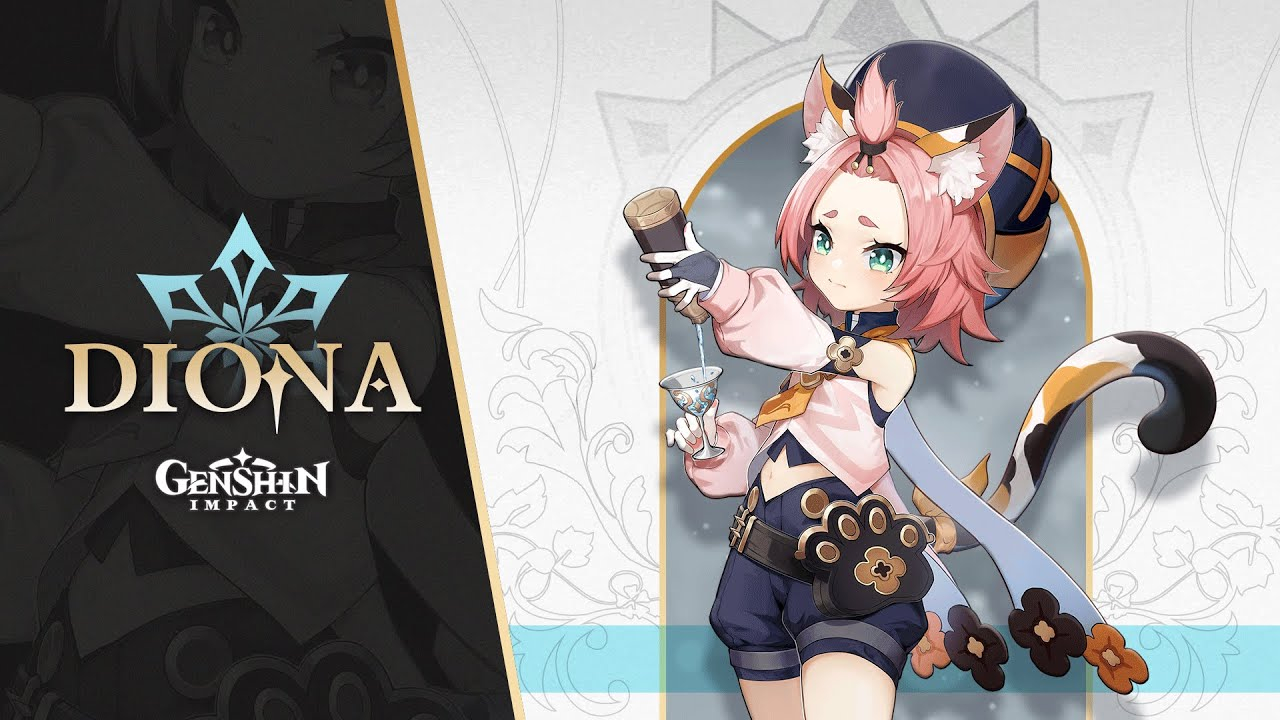 On November 11, miHoYo launched A New Star Approaches, the version 1.1 update of Genshin Impact (PC, PS4, PS5, Mobile, soon on Switch). Multiple changes were made to the game. One unexpected change concerns the damage calculation formula from Elemental Reactions born through the environment. In version 1.1, the damage dealt by these Elemental Reactions is now scaled with the player’s World Level. This was supposed to be the case since launch, but it didn’t due to a bug. miHoYo has now fixed the bug.

In short, the higher your World Level, the higher the Elemental Reaction damage, making these a much bigger threat than before. Especially if you’re lucky enough to have a five star fire-user like Diluc in your team. Right now, Diluc’s elemental attacks are deadly, for himself as well, when used in a grassland. The burning damage is much higher than before.

As multiple players shared their discontentment with miHoYo, the developers have, shortly after the update, shared a notice in-game about the issue. In the notice, miHoYo admitted the fix has caused “more harm than good”, and is currently devising further adjustments. With the change, miHoYo wanted to accentuate the effect of the environment on battles, and push the players towards developing various battle strategies to match. It’s definitely a good idea on paper, but it’s way overkill right now. Here is the notice in full: 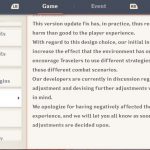 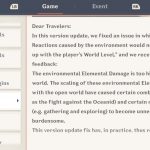 We’ll know soon what kind of further adjustments are coming. Meanwhile, we still have all the new content from Version 1.1 to enjoy. Just need to be careful of burning grass.

We detailed everything already through our past coverage. One the biggest new additions is the City Reputation System. By completing Bounties, Requests, Exploration milestones, and Story Quests, you’ll earn Reputation EXP. This is most notably used to unlock Gadgets, the other new big addition of Version 1.1. Gadgets are all the new useful items such as the Anemoculus and Geoculus Resonance Stone, the Treasure Compass, etc. Each city has its own Reputation System, one for Mondstadt, one for Liyue harbor. However, players can only do a total of 3 bounties and 3 Requests a week. miHoYo detailed everything about the Reputation System in the patch notes.

Another new addition is the partial key bindings options. Sadly, certain actions still cannot be changed to another button or key. However, miHoYo already mentioned more key binding options are being developed. We just have to wait for it.

Version 1.1 also makes Childe (Tartaglia) playable, as he is the five star character featured on the new banner. New four star character Diona is also available with a drop rate up in the Childe banner. The Childe banner will last until December 1, 2020, 15:59:59 (Server Time). Zhongli will be available through another banner coming later. Similarly to what we did with Klee, we plan to publish soon a guide introducing Childe so stay tuned.

Version 1.1 also brings multiple new World Quests, the first Childe Story Quest, and a new big event, Unreconciled Stars, which will be held from November 16 to November 30, 2020, 03:59:59 (Server time). The event will give us Fischl for free. A new event also gives out Barbara for free. If you’ve been playing since launch, this means you get Constellation 1 Barbara.

As a new star approaches, so too do new events — are you ready, Travelers? Scroll down and view the image below for details on upcoming events~

One last important thing to note is the huge bug fixes and patch notes published by miHoYo. Very annoying bugs have been corrected, such as getting stuck under Stormterror’s neck when toppling the dragon during the boss fight. It’s nice to see miHoYo is very transparent and meticulous in explaining every small bug fix or change. You can catch the full list here.

We also explained how the Genshin Impact Japanese account got trolled through its RT campaign.