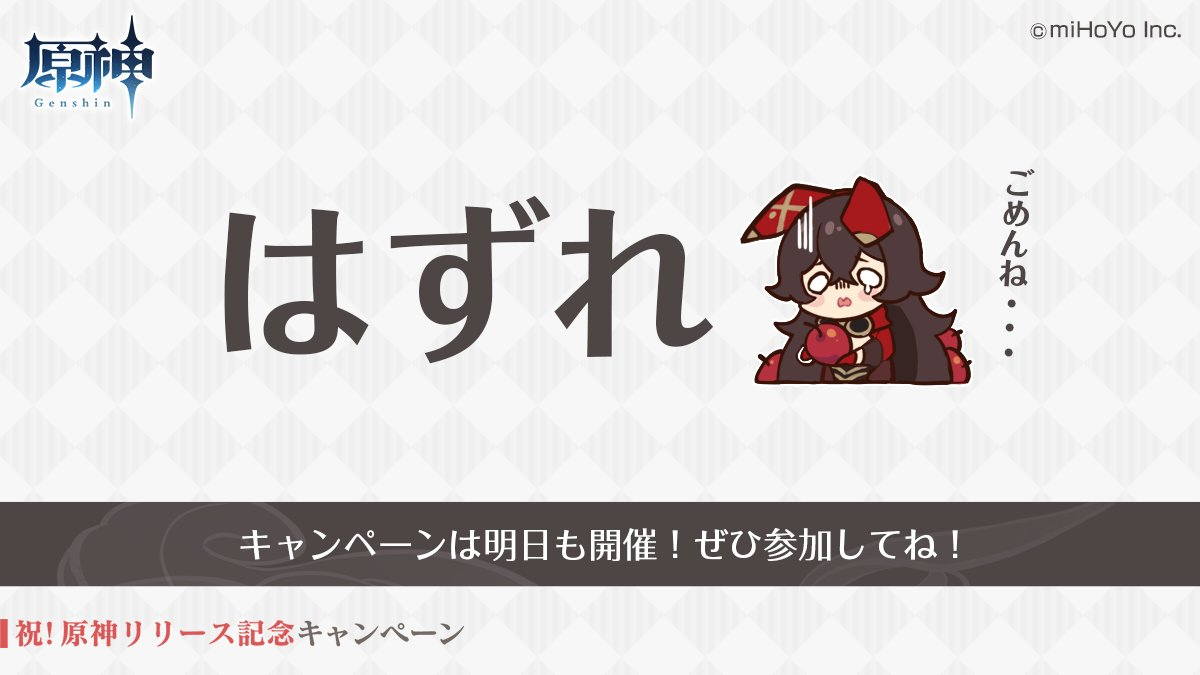 The Japanese twitter account for Genshin Impact (PC, PS4, PS5, Mobile, soon on Switch) recently got trolled into retweeting a dick joke through its follow and retweet campaign. Ever since the JRPG’s launch on September 28, miHoYo is organizing a release commemoration Twitter campaign in Japan.

Each day, those who follow and RT a specific tweet on the Genshin Japanese twitter get a chance to win some prizes. Including goods of the characters like acrylic stands, mouse pads, postcards, badges. Then there are 10K Yen Amazon gift cards up for grabs. And last but not least, autographs from the game’s seiyuu (Japanese cast). Genshin Impact is full of highly popular and talented seiyuu, so even those who aren’t actually playing the game are competing for these signatures.

Each week, the Genshin account sends a huge wave of automated tweets, notifying those who won the RT campaign, and most notably, those who lost. These automatic tweets @ every account who participate in each campaign, always including the Twitter users’ handles. The Genshin Impact Twitter account sends tens of thousands of tweets this way every week, making the account’s feed pretty unusable if you check the tweets & replies category. This also explains why the Genshin official account is already over 2 million tweets. 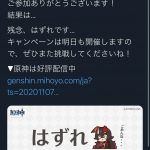 The tintin_4545_19 account was deleted soon after participating in the campaign, which made the automatic tweet from the Genshin account appear as a normal tweet instead of reply, thus showing up on the main “tweets” feed.

“Apology and report regarding the “Genshin Release Commemorative Campaign”: After midnight, November 7, a problem occurred with our auto reply function to notify the campaign’s participants. We deeply apologize for the inconvenience caused to those who were on Twitter at that time.”

The joke in itself is inoffensive, but it’s interesting to note miHoYo’s professionalism, addressing even pranks like these and trying its best to make the game an even bigger success. Only time will tell if Genshin manages to stay popular and relevant over the months.

In far less important news than this twitter dick joke, Genshin Impact will receive its first big update this November 11, version 1.1: A New Star Approaches. You can read more about it with our past coverage.