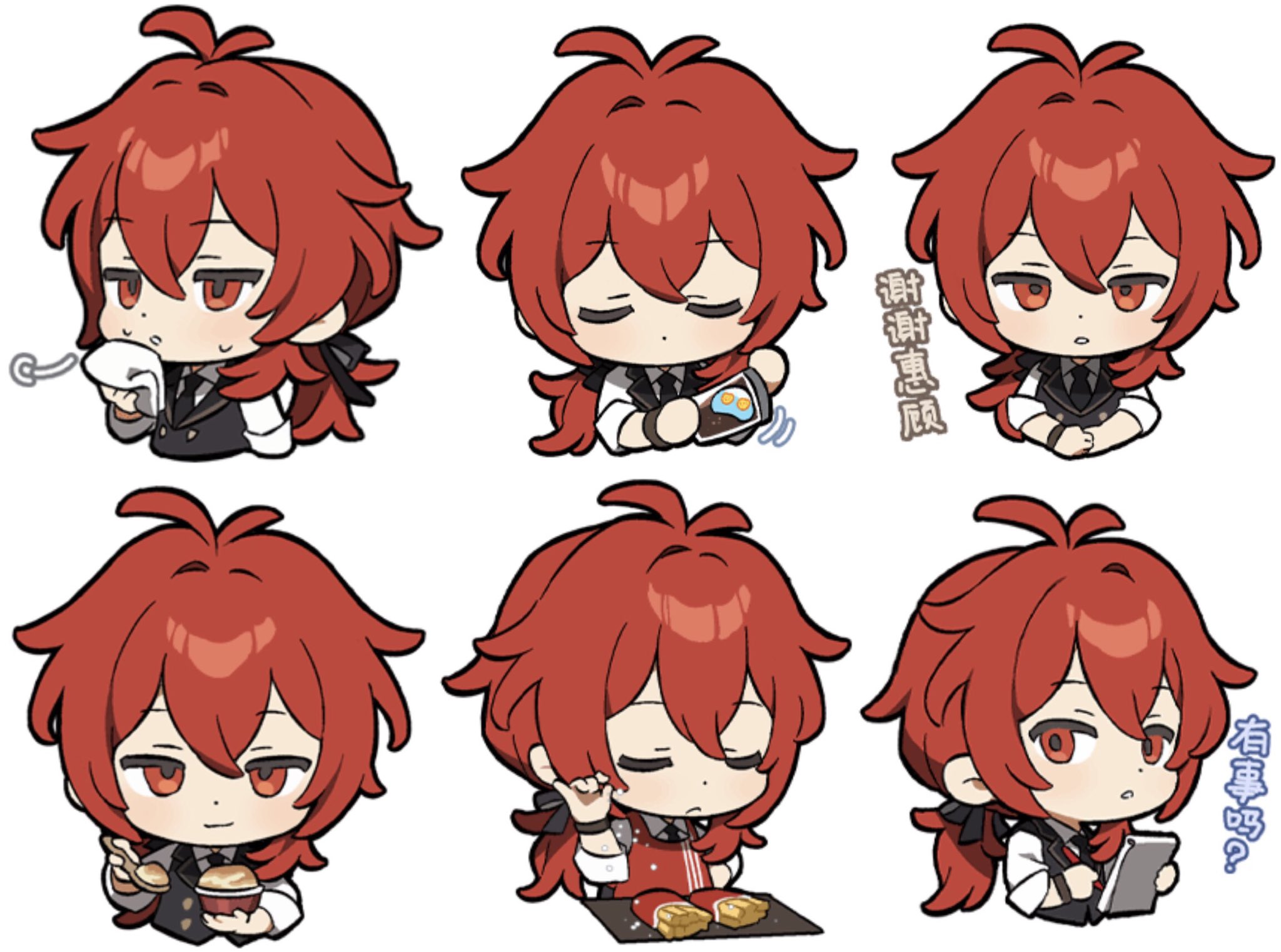 Genshin Impact has become one of the next big things in the gaming industry. The game has grown exponentially over the months and miHoYo has done a pretty fine job of keeping the playerbase engaged with regular updates as well. The developers have a long roadmap planned for the game and plan to release an update for the game every six weeks. The next update in the pipeline is the 1.4 Update and it is all set to bring a number of new characters and changes to the game. Recently, it was revealed that KFC is collaborating with Genshin Impact in China. Genshin Impact players who buy the Diluc bucket in China will be getting an exclusive Wing skin in the game. This can be redeemed via a promo code which will be given with the bucket. Now, a set of Genshin Impact stickers have surfaced online, thanks to popular Genshin Impact leaker Zeniet.

New Official Stickers for the KFC collab in #GenshinImpact pic.twitter.com/zj88ATQBJC

The new official stickers feature Noelle and Diluc in their KFC-themed outfits. The stickers have depictions of the characters trying out some of the food KFC is known for. Within a short span of time, the stickers have already become quite popular online. Twitter seems to be quite obsessed with the adorable set of stickers miHoYo has launched as a part of its collaboration.

Alongside that, another leaked picture gives us a closer look at the Noelle and Diluc skins which we saw in the banner earlier. A post by Reddit user u/Sun_Xiaochuan258 shows the Genshin Impact-themed KFC bucket. The Noelle skin seems to be more popular among fans out of the two. Many players are not quite happy with the existing Noelle skin, and this seems to be significantly better than the vanilla Noelle skin. Do note that we have no information as of now whether these skins will be available in the game. For now, the Wing skin is the only thing that has been confirmed. However, considering how popular these skins have become, we might as well see them in the game. Do you want miHoYo to add these skins to the game? Do let us know below.