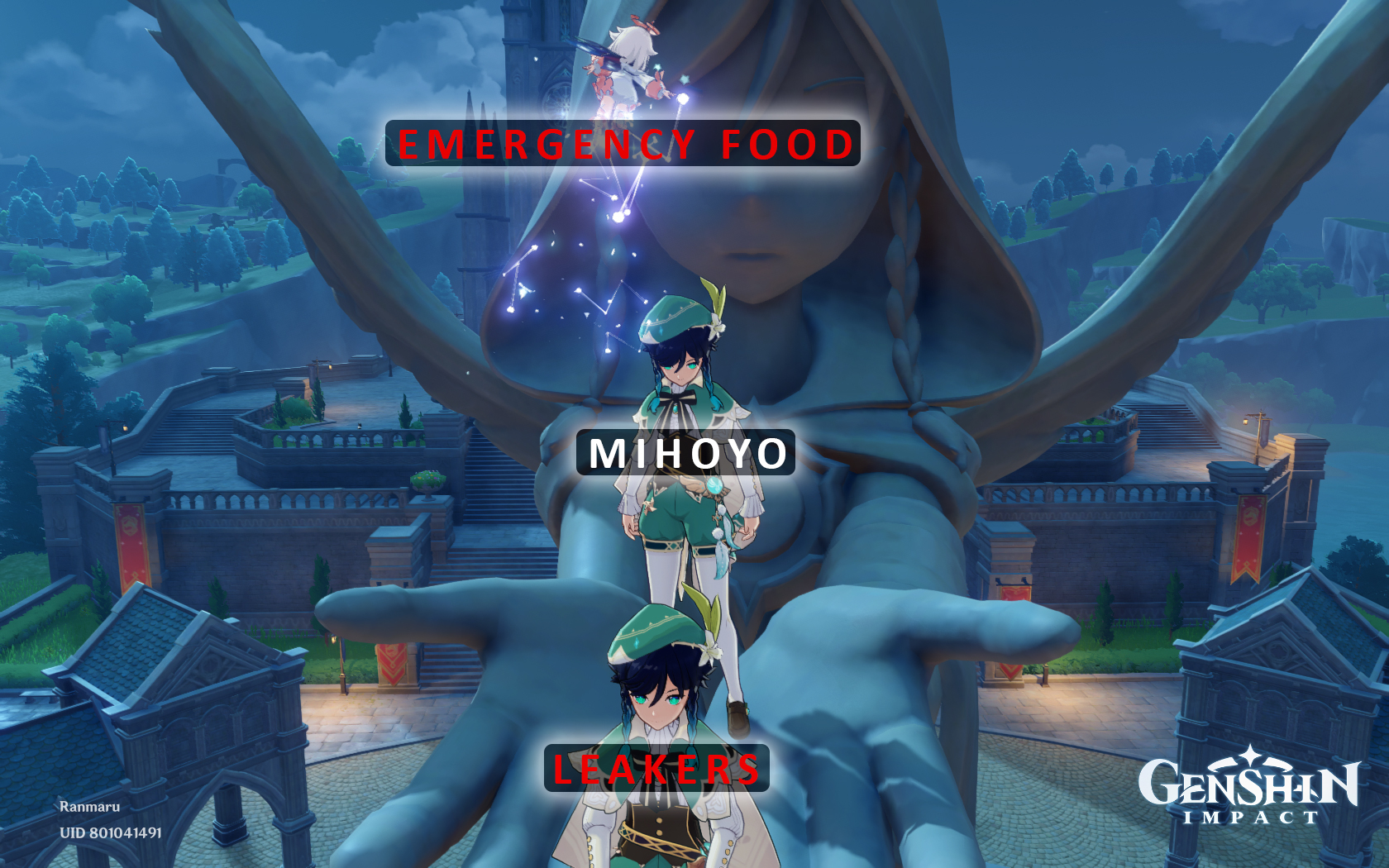 miHoYo announced on November 19 its plans to bring to court players who leaked content from the Version 1.2 Closed Beta Test of Genshin Impact (PC, PS4, PS5, Mobile, soon on Switch). Leaking content from the test is a violation of the non-disclosure agreement players had to sign to participate. As such, miHoYo has initiated “procedures to pursue legal action against those guilty of such violations”.

miHoYo investigated and traced down the leaks to two players whose info has been partially revealed:

miHoYo explained it understands players wish to learn about news as soon as possible. However, Closed Beta Test content is content that’s still in development. As such, we might get the wrong idea if we see it before we should. miHoYo also urged players to follow official sources for content reveals. Lastly, miHoYo will turn up the effort to fight leaks, and kindly asked players to not share that kind of info.

The statement regarding the Genshin Impact version 1.2 leaked content was first shared in English on Facebook. Later on, it was published in Japanese as well:

Moreover, it’s important to note why miHoYo is doing that. Nearly everything about Version 1.1 was leaked before its release on November 11. miHoYo is now taking leaks more seriously than ever, and it looks like it won’t be happening anymore.

Personally speaking, its not like I’m on miHoYo or any company’s side, but not breaking NDA is common sense. I believe Genshin Impact most notably has a lot of easily impressionable players because of their young age or their lack of experience with Japanese (gacha) games. As such, leaks and their batch of false or incomplete information can have pretty  dire consequences on the community. Something I personally don’t want to deal with, as someone whose job is to regularly go through Genshin players’ gathering grounds and official channels. I’m tired of “is this character gonna get nerfed” debates because of leaks. It’s extremely rare in the first place for characters in a gacha game to get nerfed too.

miHoYo recently lowered the difficulty of the story boss fight against Childe. The ongoing Unreconciled Stars event also has a pretty neat detail if you own Venti.