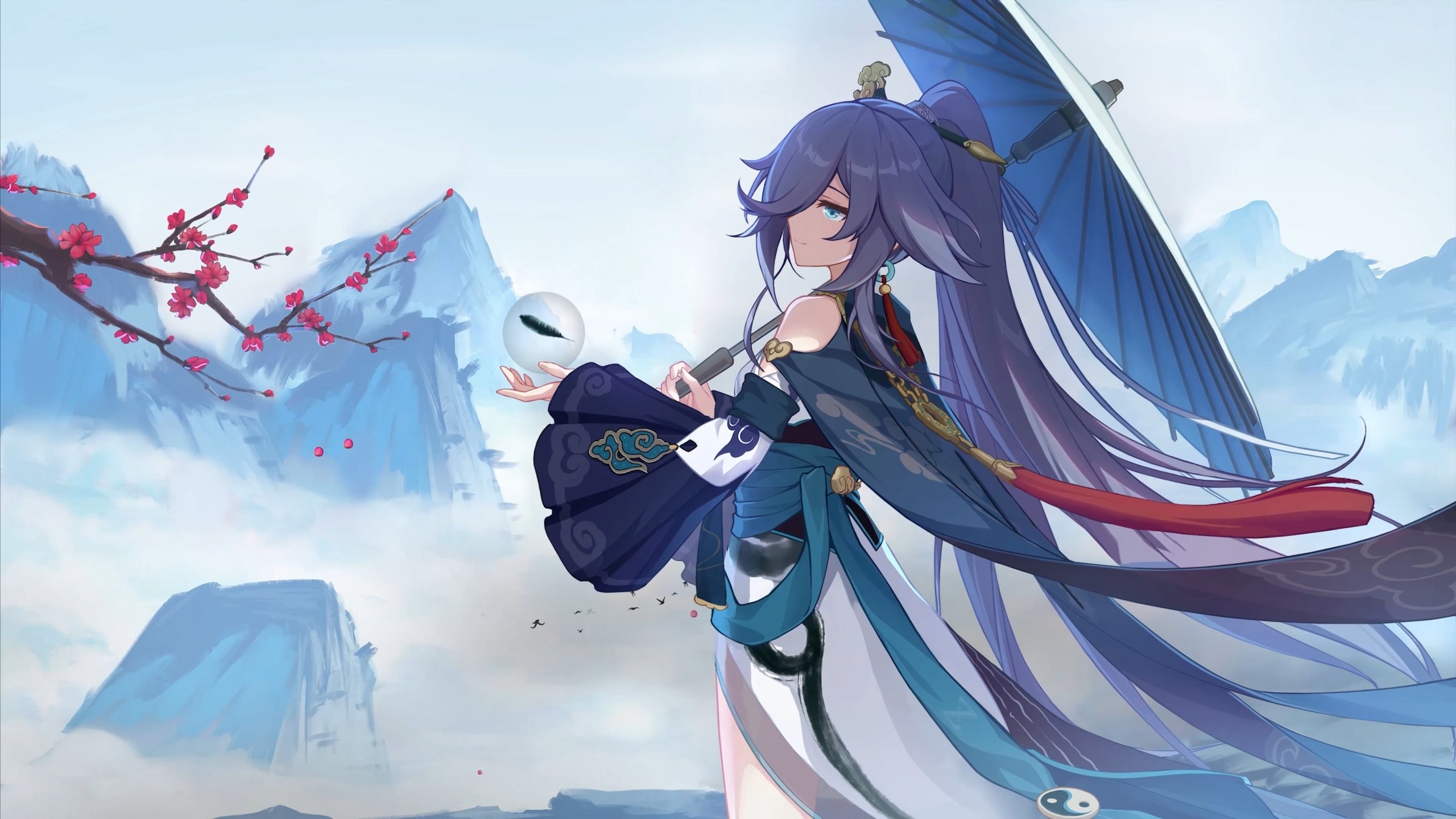 Genshin Impact is still increasing its playable roster, and judging from the latest leaks, one of the upcoming characters could be inspired by Honkai Impact waifu Fu Hua.

This September, miHoYo started cracking down more than ever on leakers. Wiki sites that hosted data-mined information such as the Honey Impact wiki were hit as well, though it’s back up now. As more and more leakers announced they’re quitting, some decided to share one final character ahead of an official reveal.

Note that this story contains spoilers for Honkai Impact 3rd.

Popular Genshin Impact data miner Dimbreath shared on Twitter a new screenshot of a mysterious female character. The screenshot is from an upcoming Genshin Impact Story Cutscene, to be revealed with the Moonchase Festival Event. Later on, Uncle Uba, another prolific leaker, revealed this new character is named Yelan.

As Uncle Uba and several fans pointed out, Yelan looks strikingly similar to Fu Hua, a character in Honkai Impact 3rd. In the game’s story, Fu Hua actually is immortal and is one of the survivors of the Previous Era, the past human civilization that was destroyed by the Honkai 50,000 years ago.

Partly because she’s Chinese, but also because she’s super cute, Fu Hua is one of the most popular characters among the Honkai Chinese player base. So it’s not surprising to see a character based on her will be appearing in Genshin Impact, and these new Fu Hua / Yelan leaks confirm this.

Right now, forget about a release date, it’s even unknown if Yelan will actually be playable. You should keep in mind that miHoYo already showed characters in Story Cutscenes without adding them to the playable roster.

However, miHoYo loves to do foreshadowing. So if Yelan shows up in this Moonchase Festival cutscene, it means she’ll show up in some Quest in the near future. And perhaps she will be added to the game at some point in the 2022 updates.

As for her weapon, Yelan is seen using a polearm in the story cutscene. Though again it’s entirely possible she’d end up using something else in-game.

With that said, several fans, myself included, believe Yelan is from the Guhua clan. Because her clothes and stance are very similar to Xingqiu’s fighting style. Moreover, the Guhua clan had Sword techniques like those used by Xingqiu, but also Polearm techniques.

As for Yelan’s voice actress: The characters in Genshin Impact that are based on Honkai characters share the same seiyuu (Japanese voice actresses and actors). At the very least, it’s sure and certain Yelan will be voiced by Minami Takayama, the voice of Fu Hua. For the English dub, we’ll have to wait for an official announcement.

What do you guys think of Yelan, do you like her design? You can always reach more on Twitter for a chat @A_iyane07.