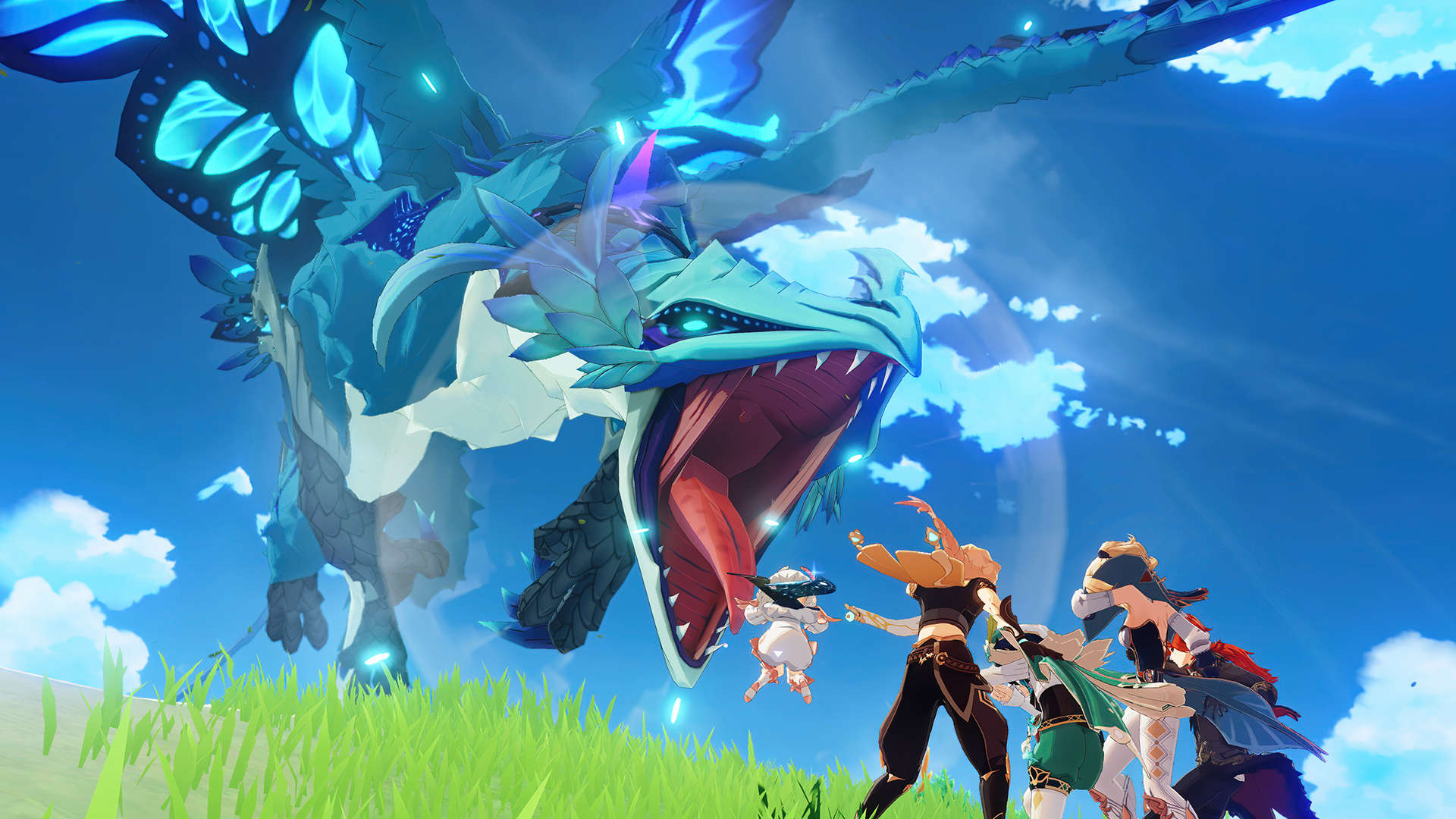 Since its launch back in September last year, Genshin Impact has turned into one of the most trending free-to-play titles in the world. The game’s vast open-world map offers a lot of activities, quests, challenges, and hobbies for the players, allowing them to team up with friends and play together. During the short time since its launch, the game has caught the attention of some big companies around the world as sponsors, but the newest one, which is yet to be announced officially, is a Genshin Impact KFC collaboration that has been spotted recently in China.

Thanks to PrimusDep on Reddit and Zaniet on Twitter, we now have our first look at the skins coming to Genshin Impact, thanks to a yet to be announced collaboration with KFC. As reported by Zaniet, the Genshin Impact KFC crossover will offer KFC Diluc Bucket and Wing skin for a limited time. You can check out the male and female version of the skin down below:

Based on the banner above, the crossover will apparently go live on March 8, which means we are still a few weeks away from the event and probably the official announcement of the collaboration.

If you are playing Genshin Impact regularly, make sure to follow our guides and tips for the game as the world of Teyvat has a lot to discover. The Genshin Impact universe has yet to be completed by the developers. The game is set to receive new content every six weeks and is supposed to feature seven major regions. According to the development team, it will probably take several years to finish the Genshin Impact project.

Genshin Impact is now available on PS4, PC, Android, and iOS devices. The developer, miHoYo, has promised to launch the game on PS5 and Nintendo Switch sometime in the future. If you want to play the game on PC, you should head to the game’s official website and download it through the game’s unique launcher as it’s not available on third-party markets such as Steam or Epic Games.

Sea of Thieves Crashing? Here are Some Quick Fixes
The First Pokemon Direct of 2021 Could Reveal Diamond and Pearl Remakes This Week
Soap Operator Bundle – When is it coming to Warzone?
How Henry Cavill Made That Epic Fight Scene Using CGI
Wind Waker HD, A Link to the Past and Other Zelda Hits That Deserve the Switch Treatment in 2021