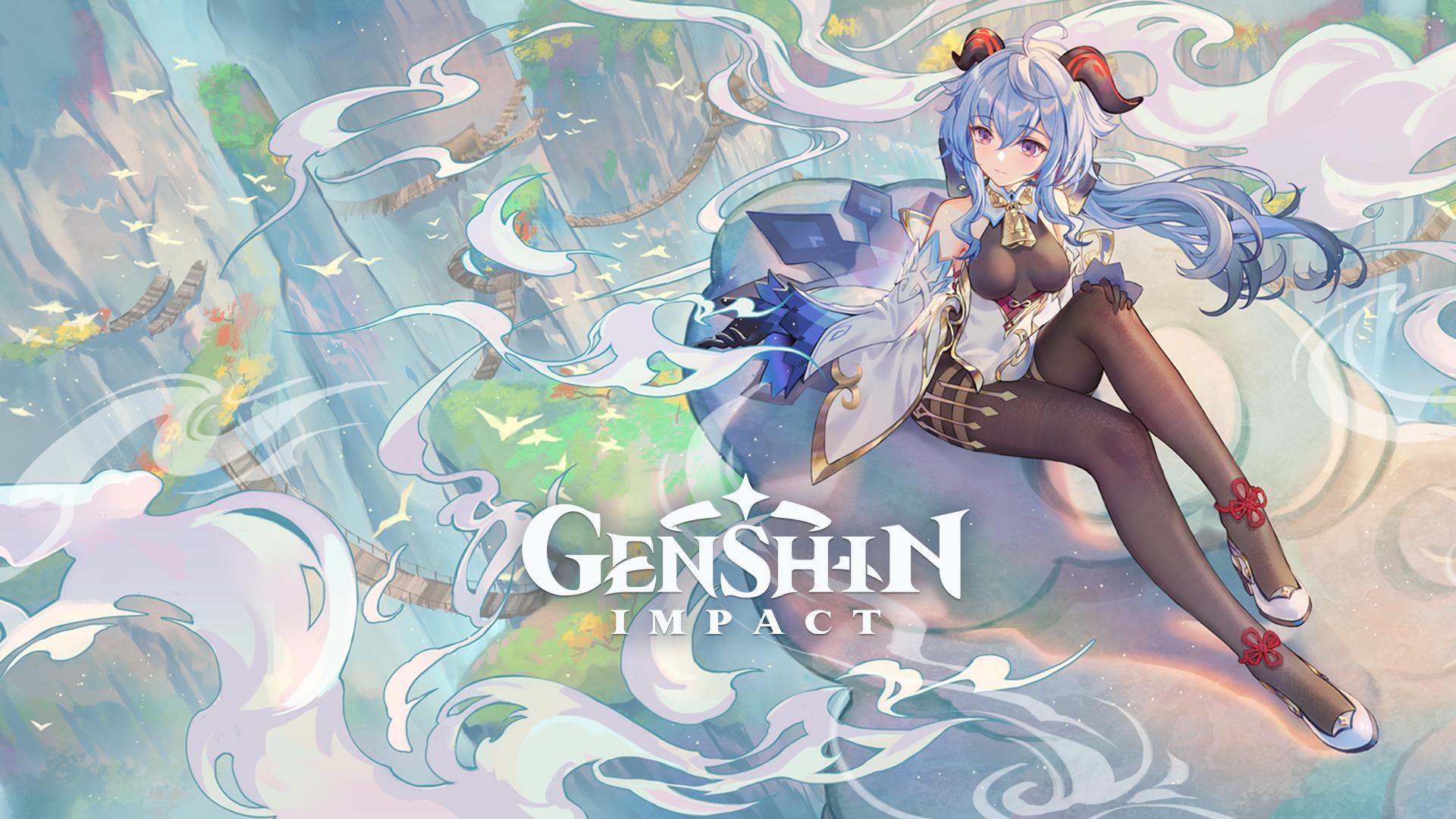 Now that the Ganyu gacha banner has been released, miHoYo explained the newest character in Genshin Impact (PC, PS5, PS4, Mobile, Switch)  through the latest Collected Miscellany video. In the video, miHoYo overall described Ganyu as a character that can be incredibly useful whether you build her as a DPS or Support. Ganyu is a great asset if you build a party focused Cryo Elemental Damage and Cryo Elemental Reactions. Ganyu can deal damage at long-range, divert enemy aggro away from her, deal continuous Cryo AoE damage, and boost the Elemental DMG of fellow Cryo characters.

Like with Venti, another five-star bow character, Ganyu shoots up to 6 consecutive shots during her Normal Attack, Liutian Archery. Ganyu is also the first character in Genshin Impact with two levels of charge for her Precise Shot. The first charge works just like any other Bow character, shooting an arrow imbued with the elemental power corresponding to the character’s Vision. In Ganyu’s case, she shoots an arrow dealing Cryo damage.

However, if you wait and charge Ganyu’s Precise Shot to charge 2, the arrow will become a Frostflake Arrow, dealing AoE Cryo damage when landing on its target. This is great for freezing multiple water mimics when fighting the Oceanid, one of the most annoying enemies in Genshin.

Moreover, after Ascending Ganyu up to a certain point and unlocking the Talent Undivided Heart, shooting a Frostflake Arrow will increase the Crit Rate of the following Frostflake Arrow and its AoE DMG.

Next, Ganyu’s Elemental Skill, Trail of the Qilin, allows her to quickly backdash like a Belmont while dealing AoE Cryo damage and leaving behind an Ice Lotus. The Ice Lotus aggros enemies, and will explode into Cryo AoE DMG when attacked or when its duration ends. The Ice Lotus’ endurance is based on Ganyu’s Max HP.

Ganyu’s Elemental Burst is Celestial Shower, or Giant Icy Disco Ball. Ganyu summons a Sacred Cryo Pearl which rains down icicles on enemies in a set area.  After activating Celestial Shower, the Sacred Cryo Pearl stays on the field even after you switch out Ganyu. This way, you can deal continuous Cryo damage, switch to another character, and trigger Cryo Elemental Reactions continuously.

After further Ascending Ganyu and unlocking the Talent Harmony Between Heaven and Earth, all party members withing the Celestial Shower AoE get a Cryo DMG bonus. Meaning this is great if you have other Cryo characters in your party besides Ganyu.

While it explained all of Ganyu’s ganeplay, the video also taught us a bit more about her, most notably how she has always been the secretary of Yuehai Pavilion, helping generations and generations of members of the Liyue Qixing for thousands of years.

Note that as usual, the Collected Miscellany video was narrated by Dainsleif, the mysterious character from Khaenri’ah. In Japanese, Dainsleif is voiced by Kenjiro Tsuda, so you might immediately recognize his voice as Seto Kaiba from Yugioh.

Genshin Impact – Ganyu Works Great As Both DPS and Support

Meanwhile, Support characters generally refers to characters in your party you will quickly switch to. In order to activate their Elemental Skill or Burst. And then switch back to a DPS character of another Element. To deal Elemental Reactions, which are the biggest DMG outputs in Genshin Impact.

Ganyu has just officially released. So obviously it’s a bit early to say what she’s good for and what she excels at. However, she definitely looks like one of the best mixes of DPS and Support in the game. The only downside being she can’t heal, but no one’s perfect. In any case, we can easily think of several builds with Ganyu. Most notably with the new Blizzard Strayer artifacts added at the beginning of the Chalk Prince and the Dragon. These are obtainable in the new Domain in Dragonspine.

Here’s what Blizzard Strayer does in case you’ve forgotten

Long story short, if you use a party of Cryo and Hydro characters, you can turn Ganyu into a Crit DMG monster. The only obstacle will be farming for Blizzard Strayer artifacts with good substats. Most notably Crit Rate% and Crit Damage. This can take a few days to weeks depending of your luck. Farming Artifacts is the real endgame of Genshin Impact and incredibly annoying, seeing there is no way to “reroll” substats.

In my opinion, the incredibly low chances of finding five star Artifacts with good substats is ultimately a much more annoying issue than the abyssal drop rate for five stars in the gacha. Or the Original Resin System, which is the Endurance system of Genshin. Sure, both of these things are frustrating, but that’s how Gacha games are and always have been. Genshin Impact‘s difference and strength resides in how it’s not a gacha game. But an actual open-world action RPG, with a real story and everything, and gacha elements. At the end of the day, rather than giving in and spending some cash to roll, you can always sit back and enjoy the game itself.

Greetings, Travelers! The Hypostatic Symphony event will be starting soon. Join your fellow Travelers and challenge these all-new Pure Hypostases together.

Below is an overview of upcoming events, be sure to check it out!#GenshinImpact pic.twitter.com/vMS3UvbkYQ

What’s Next For Genshin Impact Now That Ganyu Is Out?

In any case, with Ganyu’s release, the only thing left for Version 1.2 is smaller events. miHoYo should announce soon a new stream that will reveal Version 1.3 content. As always we’ll be here to cover it live. For now, miHoYo previously announced Geo characters and Zhongli are getting reworked, but the changes aren’t final yet.

For a more cinematic depiction of Ganyu’s skills, be sure to check out her Character Demo video. We’re also still waiting for Gacha banners for characters previously teased in the game. Including the nun Rosaria. Or more playable Fatui Harbingers, such as Scaramouche.

miHoYo will add the Inazuma region at some point, but we still have no official word regarding when this will happen. However, the New Years 2021 illustration of Genshin Impact teased Inazuma and its key character Ayaka Kamisato.

The post Genshin Impact Ganyu Explained Through Collected Miscellany Video – Here’s How To Build Her To Excel At Both Cryo DPS And Support by Iyane Agossah appeared first on DualShockers.