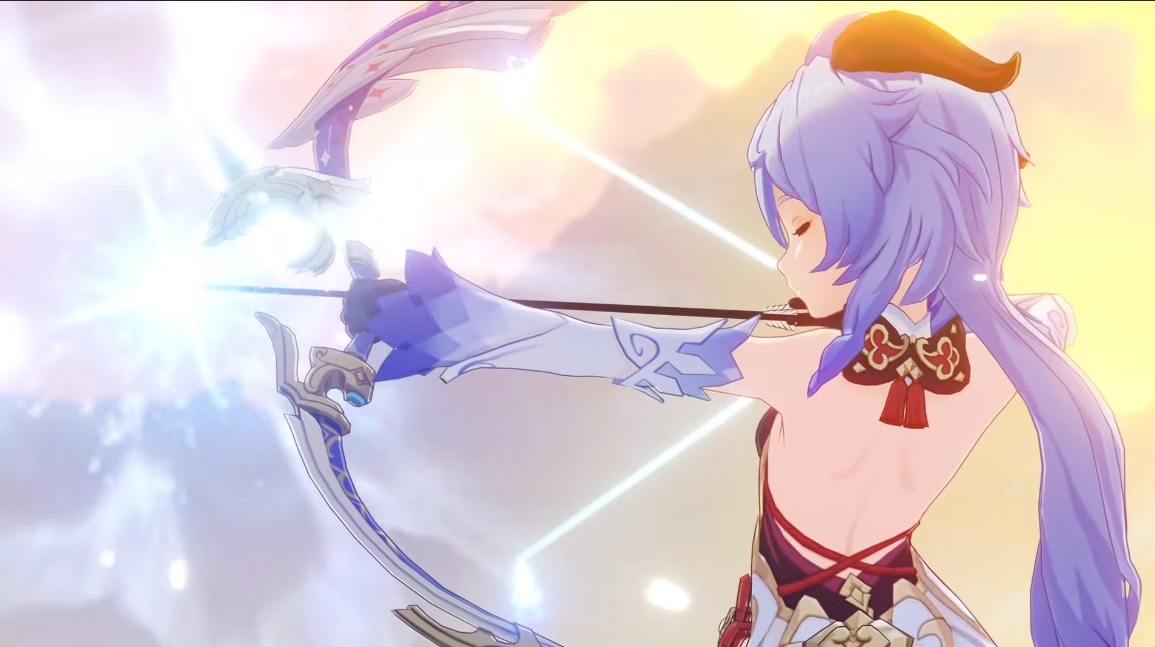 miHoYo published the cinematic character demo for Ganyu in Genshin Impact (PC, PS5, PS4, Mobile, Switch). Directed masterfully as usual, the character demo shows everything cool about Ganyu. Watching it, you’ll feel like you’re in front of one of the best Music Anime Douga / Anime Music Videos you’ve seen in your teens.

The trailer in particular has a really cool remix of one of the Liyue theme songs. As usual, the Character Demo focuses on making said characters look impressive, and this one doesn’t disappoint. Ganyu looks awesome. As such, keep in mind that while we already had some explanations of Ganyu’s Elemental Burst and Elemental Skill, this isn’t the full breakdown. That will come soon with the Collected Miscellany Ganyu video.

The Ganyu gacha banner will start on January 12, right after the Albedo banner ends. The featured four star characters are Noelle, Xiangling, and Xingqiu.

Ganyu is voiced by Reina Ueda (known for Ajimi in PriPara) and plays a side-role in the Liyue main story chapter. However, the update on January 12 will also add the first chapter of her story quest, Sinae Unicornis. Meaning we’ll learn more about Ganyu.

After reaching the corresponding Adventure Rank and completing the prerequisite quests, Travelers can use a Story Key to unlock Ganyu’s Story Quest “Sinae Unicornis Chapter.”

miHoYo previously announced Geo characters and Zhongli are receiving several changes and buffs. However, miHoYo didn’t publish the final list of adjustments yet. Version 1.3 will launch sometime in February 2021. One of the big updates past February 2021 will add the Inazuma region, though miHoYo didn’t announce when it’ll be.  We don’t know when certain characters, such as Rosaria, will become playable as well.

The post Genshin Impact Ganyu Character Demo Has A Banging Remix of the Liyue Theme Song by Iyane Agossah appeared first on DualShockers.

Elden Ring Fan Takes up a Tough Challenge Until The Game’s Release Day
Why is Among Us Not Working Today? Are the Servers Down?
Dead By Daylight Ji-Woon Hak ‘The Trickster’ – Lore, Perks, and more
Fortnite: What Are The Season 5 Week 14 Challenges?
Warzone Season 2 Update (Today, March 3) Agency Suppressor Hotfix – Patch Notes and Size