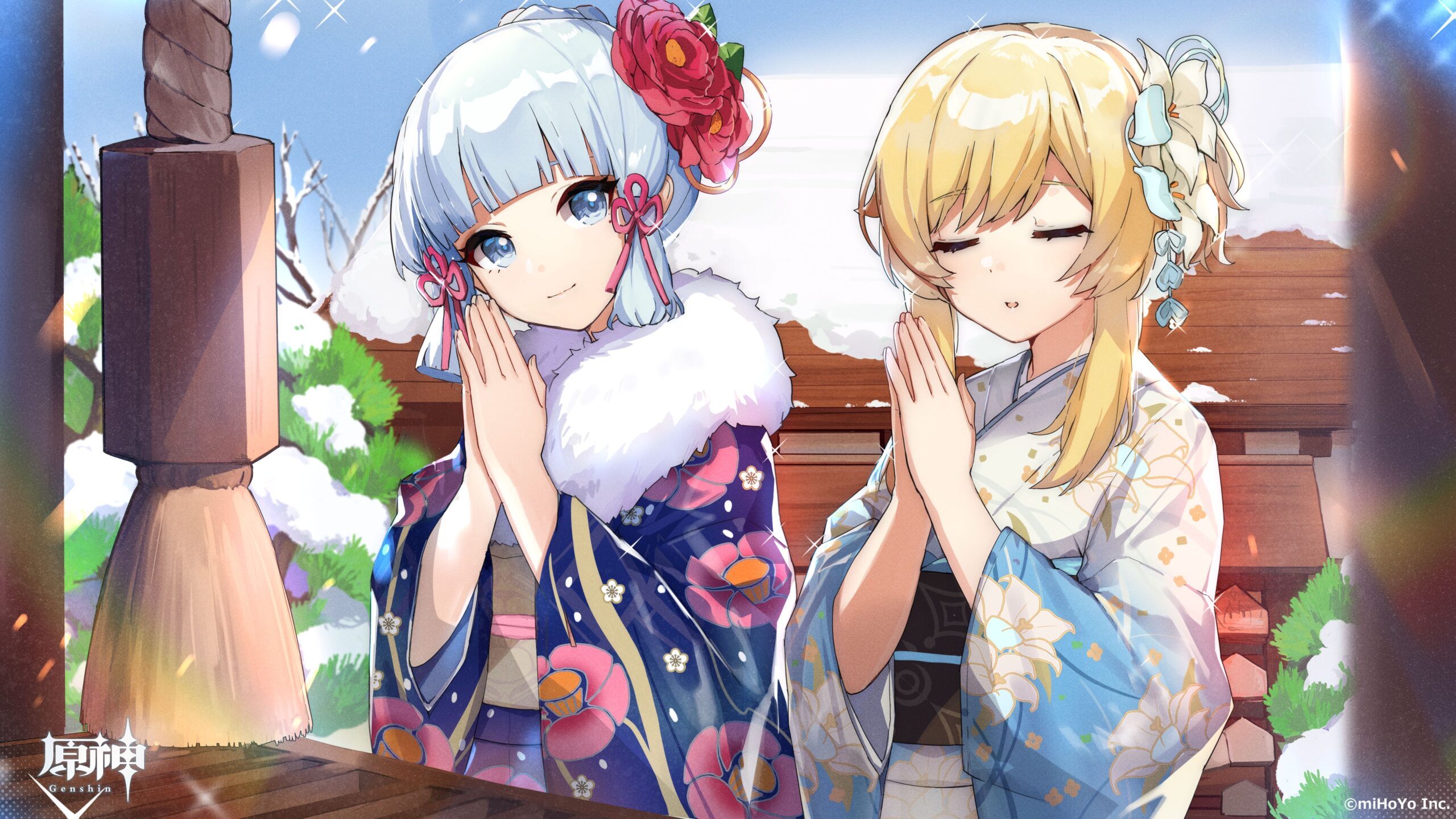 In case you missed it, miHoYo published a special New Years 2021 illustration featuring Ayaka and the female Traveler in Genshin Impact (PC, PS5, PS4, Mobile, Switch). Together with Xiao, Ayaka is a character who was present in the first Closed Beta Test for Genshin Impact, but has yet to be added in the final game. Moreover, unlike Xiao who appears as an NPC, Ayaka isn’t in the game altogether.

Moreover, Ayaka is voiced by Saori Hayami, which means yet another high-profile seiyuu will be joining the Genshin Impact cast. Following Rosaria voiced by Ai Kakuma, Zhongli voiced by Tomoaki Maeno, or Scaramouche voiced by Tetsuya Kakihara, Saori Hayami is one of the mot popular seiyuu of this last decade. Saori Hayami is known for voicing Shinobu in Demon Slayer: Kimetsu no Yaiba, Fubuki in One Punch Man. Sachi in Sword Art Online. Emma in the Kiseki /Trails series, Yumeko in Kakegurui. Claris in Sakura Wars. Shana Mia in Super Robot Wars. Manaka Takane in Love Plus. I could go on all day. Anyways, Ayaka is a highly expected character for any Genshin Impact player who’s an otaku and understands 2D.

The illustration features Ayaka and the female Traveler doing their first shrine visit of the year while wearing kimono. This is a Japanese tradition and seems it’s followed in Inazuma. In the tweet, the Genshin Impact development team thanks everyone for the support and promises exciting content for 2021.

On December 31, another illustration was published as well, for Zhongli’s birthday the same day.

Did you pick these flowers yourself? They are most lovely.
Come, walk with me. Let us go looking for wild Glaze Lilies once more.

There is a certain song from Liyue that I would like to hear you sing — if you’ll allow me to teach you.#GenshinImpact #Zhongli #HappyBirthday pic.twitter.com/fqqLKJP0V9

Right now, we don’t know when Inazuma will be added to the game. miHoYo already confirmed it’s the next region in our interview. In-game, Inazuma was later stated to be the next destination of the traveler. For now, the current official Genshin Impact update schedule goes until Version 1.3, releasing sometime in February 2021. This means Inazuma could be added in March 2021 at earliest. Personally speaking, I’m expecting the region to launch in May or June 2021. 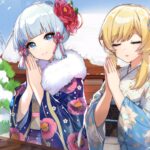 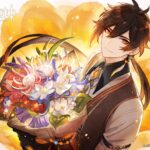 Sunlight Review – A Moment of Calm in a Sea of Chaos
Monster Hunter Rise Gold Amiibo Announced, Will be Some of The Rarest Yet
A Knights of the Old Republic Title Is Reportedly Being Developed ‘Outside of EA’
The Last of Us Part 2 Fan-Art Poster in Ellie’s Journal Entries Style Is Simply Stunning
Dying Light 2 Collector’s Edition Potentially Leaked by Retailer