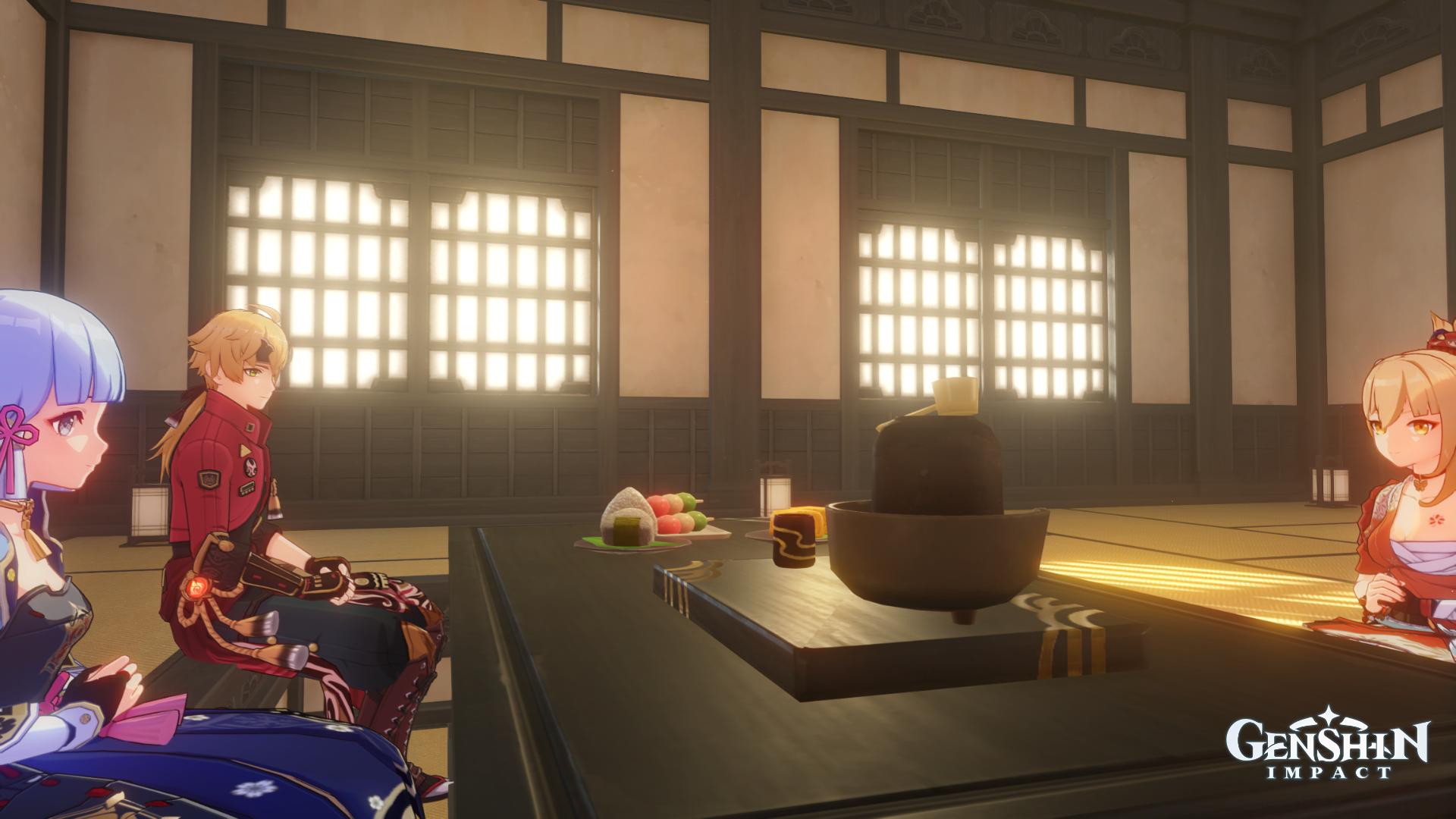 Genshin Impact will be celebrating its 1st year anniversary in a week, the open-world gacha JRPG by miHoYo was first launched on September 28, 2020 – however, a good chunk of the player base is disappointed with the anniversary rewards distributed so far. There are several layers to the debacle you need to know about.

A good portion of the English player base on social media has been sharing its dissatisfaction with the Genshin Impact anniversary rewards so far. When it comes to in-game gifts, nothing much happened to celebrate.

First, the double bonus when buying Genesis Crystals was reset. And that’s something most Chinese and Korean-developed gacha games do. However, this is irrelevant to F2P players, who don’t buy Crystals in the first place.

Next, an anniversary login bonus campaign will be held next week, which will earn players a total of 10 Intertwined Fates. That’s 10 pulls on a limited gacha banner. And that’s it.

Comparing the rewards to other gacha games’ anniversaries

With that said, Genshin Impact’s 1st-anniversary rewards definitely pale in comparison to more generous gacha games like Uma Musume. The horse girl raising simulator by Cygames actually surpassed Genshin Impact in revenue in Japan. There are several reasons behind its success I might detail in a future story.

Uma Musume was released on February 24, 2021, in Japan. It recently celebrated its half-anniversary with a huge campaign. If fully completed, the campaign could net you an SSR card (the highest rarity) and 6000 Crystals in total. 10 pulls in Uma Musume is 1500 Crystals, so that was 40 pulls in total.

Meanwhile, miHoYo didn’t do anything for the half-anniversary of Genshin Impact. Uma Musume distributes free Crystals much more often, and another 3000 Crystals were handed over on September 21 to celebrate the 10 million downloads milestone.

When compared with Cygames, who is behind the massively popular and veteran gacha game Granblue Fantasy, it’s easy to see miHoYo isn’t accustomed yet to having a game as popular as Genshin Impact under its wing.

To be fair, I’d be at a loss too in this situation. miHoYo made a 200% otaku, Japanese-stylized game with stuff from jiggle physics to nekomimi dilf characters. And yet is mainly dealing with an audience who might have never played a Japanese game before, much less experienced gacha games’ capitalism. miHoYo included, no one expected Genshin to become so mainstream.

It’s not like miHoYo isn’t trying to understand though. As I pointed out during the first Original Resin change, I believe Genshin Impact‘s team is more receptive to feedback from the Western player base than the Chinese player base.

Nothing changed with the Original Resin system back when I was in the Beta and several Chinese players were complaining about it. But miHoYo immediately raised the limit from 120 to 160 when European and North American players, unused to Stamina systems, started complaining too after the game’s official release.

miHoYo also made a mistake with the IRL anniversary events’ promotion. It failed to realize most of its audience, including artists, would badly react to these contests in an anniversary context.

If you look at the IRL celebrations for the Genshin Impact 1st anniversary, there’s much more than the in-game rewards. Such as the art and cosplay contests, or the free anniversary concert. Note though that these community events have been going on all year long, and aren’t particularly special.

However, miHoYo screwed up by labeling these events and contests as “celebrations” and “rewards” for the players. While these contests are indeed great for those who will win them, they’re ultimately just a way to promote Genshin on social media. Several artists pointed out they’ll simply keep working on personal commissions rather than entering the contests, and that’s perfectly understandable.

Speaking of commissions, it’s important to note though that miHoYo does commission artists. Birthday illustrations for example. There’s also a misconception regarding how miHoYo isn’t crediting or linking back to these artists. Most of the time, Chinese artists handle these illustrations, and they only have a Weibo. They have no Western social media account to link in the first place.

Members of r/Genshin_Impact have translated some of the impressions from the Chinese player base. And it looks like many have similarly pointed out the lack of in-game rewards.

Meanwhile, I’ve quickly checked the Japanese side of Twitter, alongside anonymous message boards for rawer opinions. And actually, I barely saw any discussion regarding the anniversary rewards in the first place. It doesn’t seem like most Japanese players even care.

Most of the threads I’ve seen are about praising miHoYo and how Genshin Impact managed to stay interesting with each update for a whole year. Next, how everyone thought Genshin Impact was just a Zelda BOTW clone that’d reach its end of service after a few months. Some Kokomi discussion. And lastly, threads asking why even one year later, Japanese developers didn’t make a game like Genshin. With some occasional nationalist Netouyo drivel about how China and Korea took over Japanese games.

Needless to say, social media isn’t an accurate reflection of reality. And you should be taking all of the above with a grain of salt, but it’s interesting to see these discrepancies between each region’s players. You can clearly see Japanese players are much more used to Gacha games and weren’t expecting much in the first place.

The actual anniversary date is on the 28th, and Genshin Impact still has some time to make some announcements. Several gacha games only reveal some of the rewards starting the anniversary day, and reveal more and more the following days. That’s what anniversary campaigns are usually like, divided into parts. So we could still expect more rewards to be revealed.

Moreover, while the Genshin Impact team definitely handled the anniversary badly so far, they aren’t stupid either. If more and more players complain, they’ll definitely deliver, similarly to what happened with Zhongli.

Last but not least, if you’ve seen these leaks around about anniversary rewards such as a free 5-star character, you should know that these are fake. The “source” is the Genshin general on /vg/, so this should be enough for you to dismiss it. The translators at WFP denied being involved as well.

So what do you guys think? You can always reach me on Twitter @A_iyane07 for a chat. Note that Tokyo Game Show 2021 will also include a Genshin Impact event on October 3, and we’ll be sure to cover it so stay tuned.