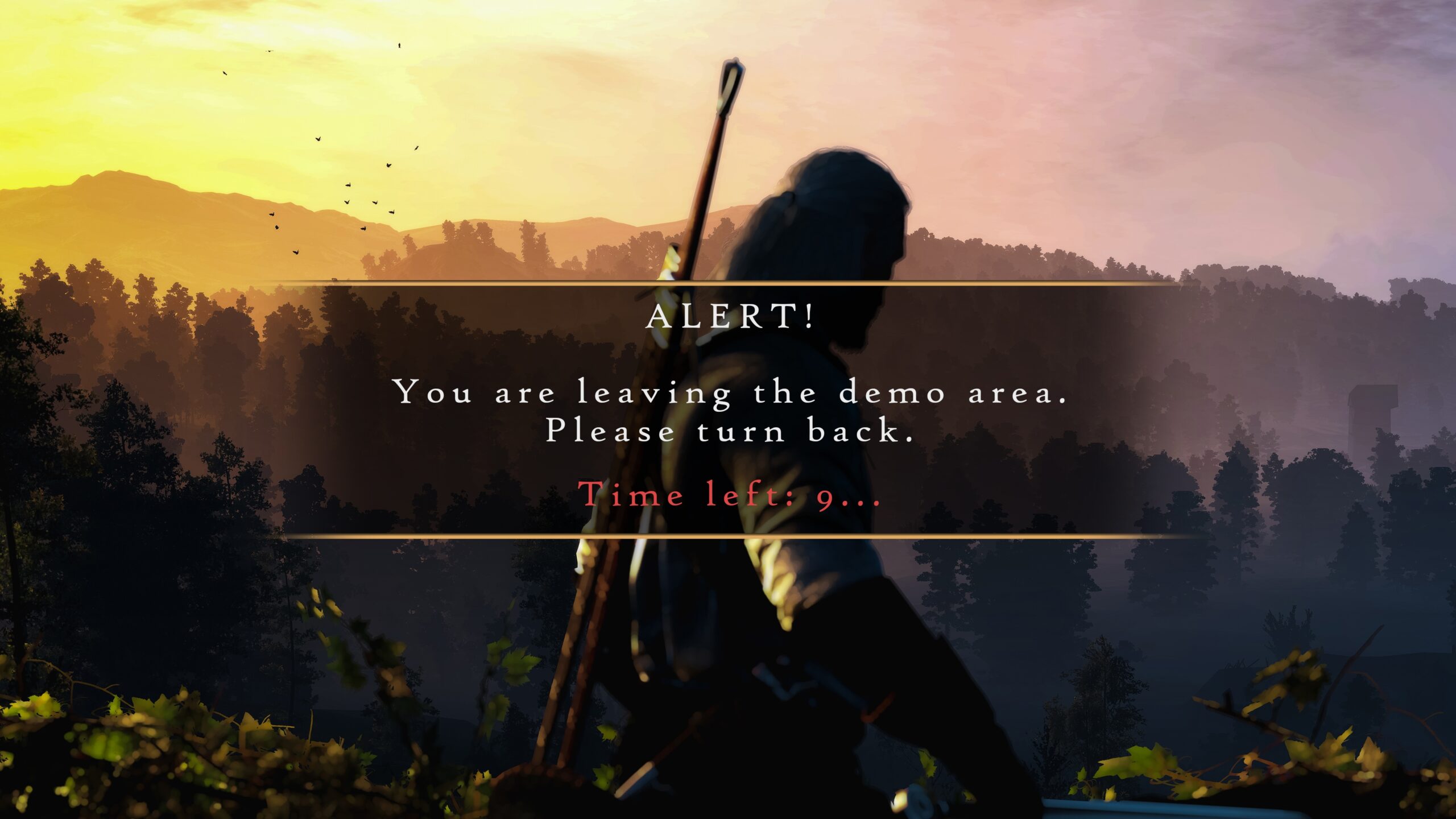 I remember being a young’un and getting excited as the next subscription for my PlayStation Official Magazine, PC Gamer Magazine, or the Official Xbox Magazine would land in the shops. I’d be excited about the content within the pages; reviews, editorials, and facts tucked away in boxouts. But the biggest selling point came with each magazines’ monthly physical disc that contained numerous demos — although sometimes just one big demo. Simply throw the disc in your console, and you were able to instantly load up a small demo of a game. No downloading, no installing.

It was a great way to experience an upcoming game and something to look forward to every month. Playing a small section of a level, or a couple of missions had the power to sell you or lose you based on how well the game felt to play prior to its launch date. For me, I remember the demos for Gex the Gecko, Redcard, and Need for Speed Most Wanted to be enjoyable enough in their demos to warrant me picking the full game up later. 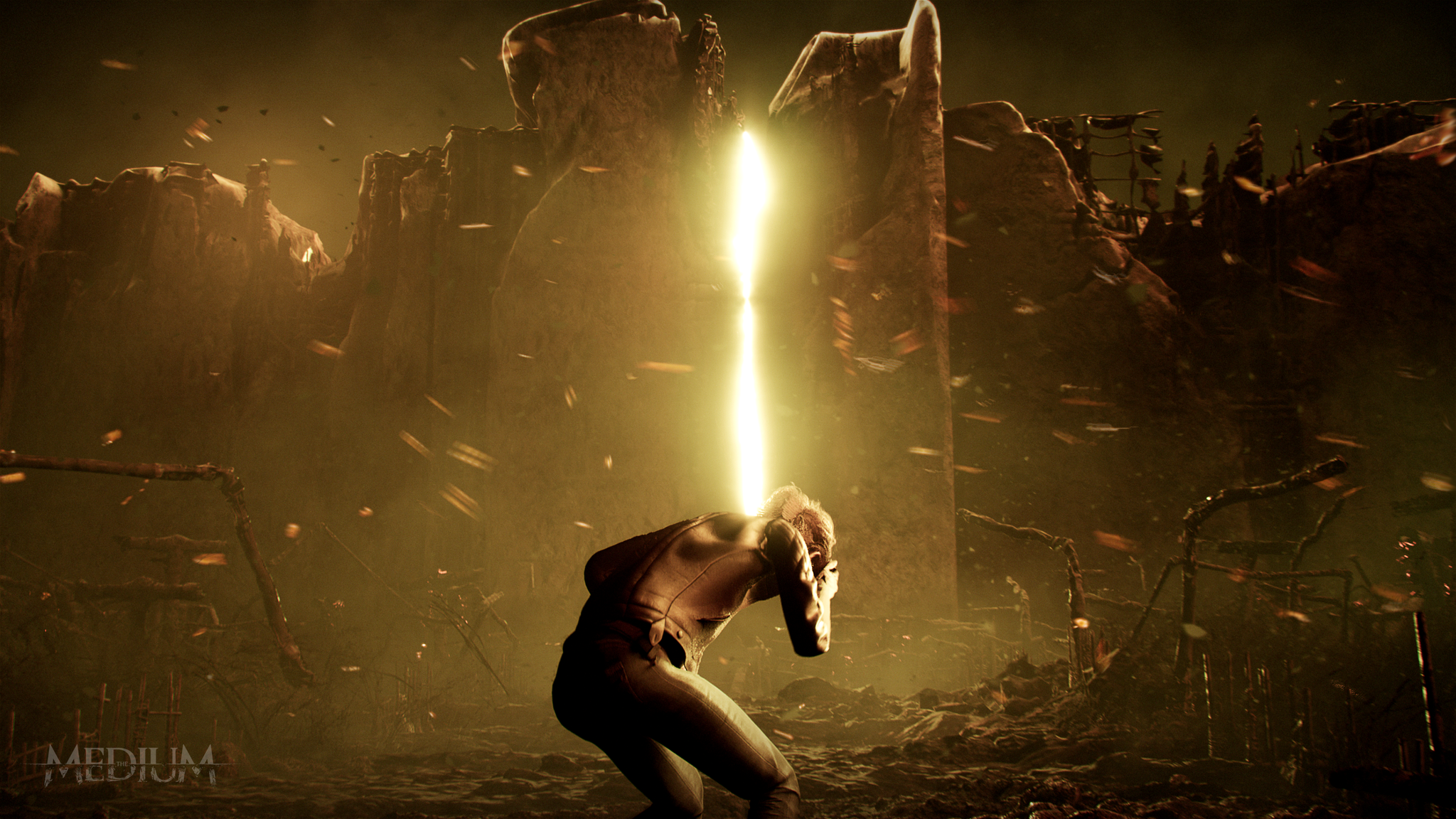 Now, I’m sure there are numerous articles floating around online gushing about the good old days of being able to instantly play these demos without enduring internet download times. But I want to look at where we are now, and why having demos for every major release should be a reality, especially for accessibility.

Demos still exist now; Steam demos, betas, alphas, eShop demos, etc. But they’re not as common as they once were if you were to pick up a magazine with the monthly demos. Perhaps this is because some games are so reliant on online services, or perhaps because they have game development continuing even after they’ve gone gold. Perhaps it’s the file size of the game, or maybe it’s just because companies can build up the hype in more ways than they were able to. 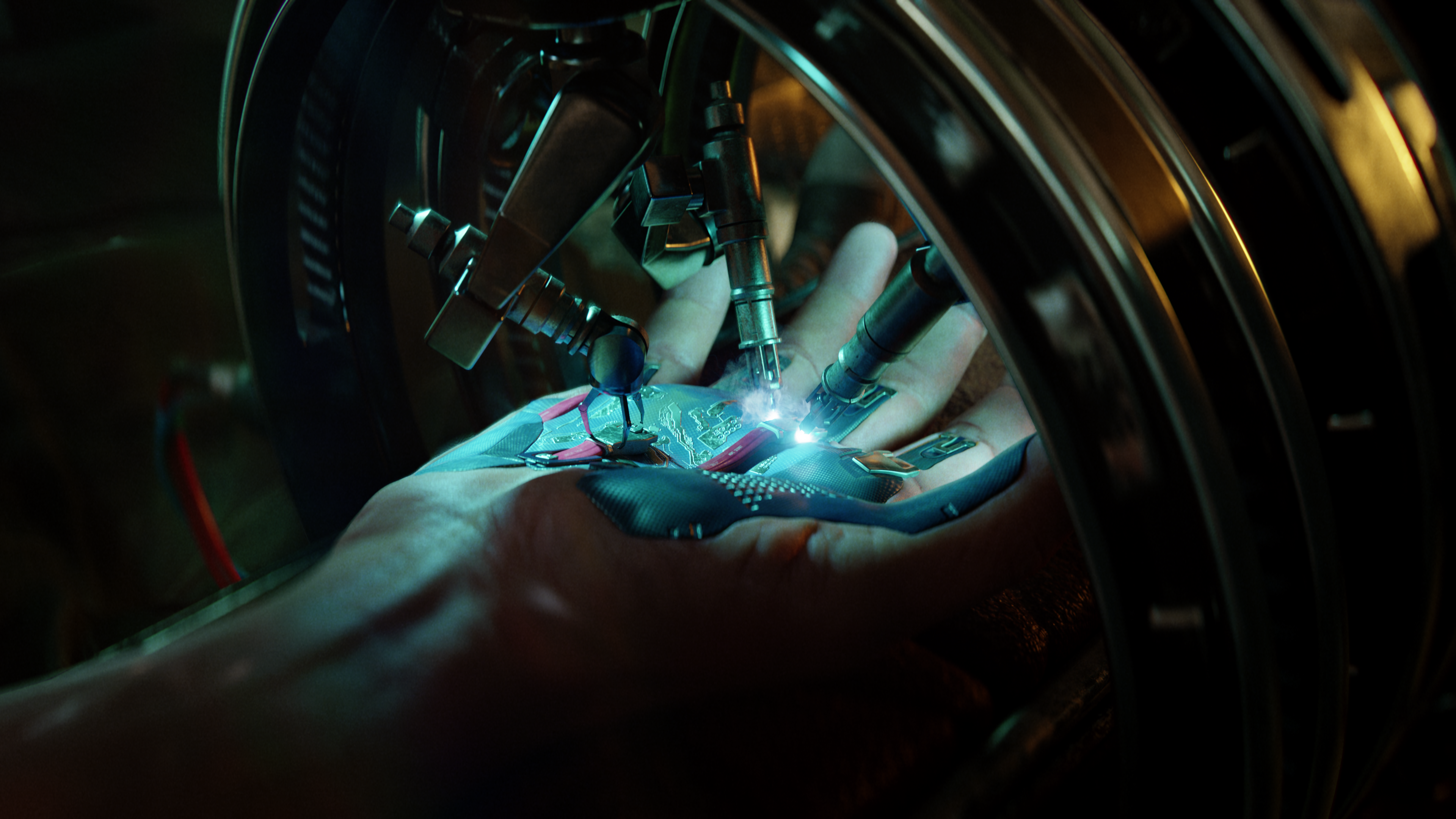 We’re in an age of social media where studios believe that sharing numerous clips of upcoming games is enough of a job to sway a player’s choice. Some only share cinematics lacking in information to spark excitement, and some show gameplay that feels very particular and scripted. Meanwhile, the player is left wondering how exactly the game will feel for them.

We’re in an age of social media where studios believe that sharing numerous clips of upcoming games is enough of a job to sway a player’s choice.

This thinking is particularly true for disabled players where they have no indication as to whether a game will be accessible for them; Will it have readable subtitles? Will it have full remapping? Screen reading support? The list goes on. But out of all the marketing material companies can share, accessibility is rarely one that the companies put the time in to showcase. 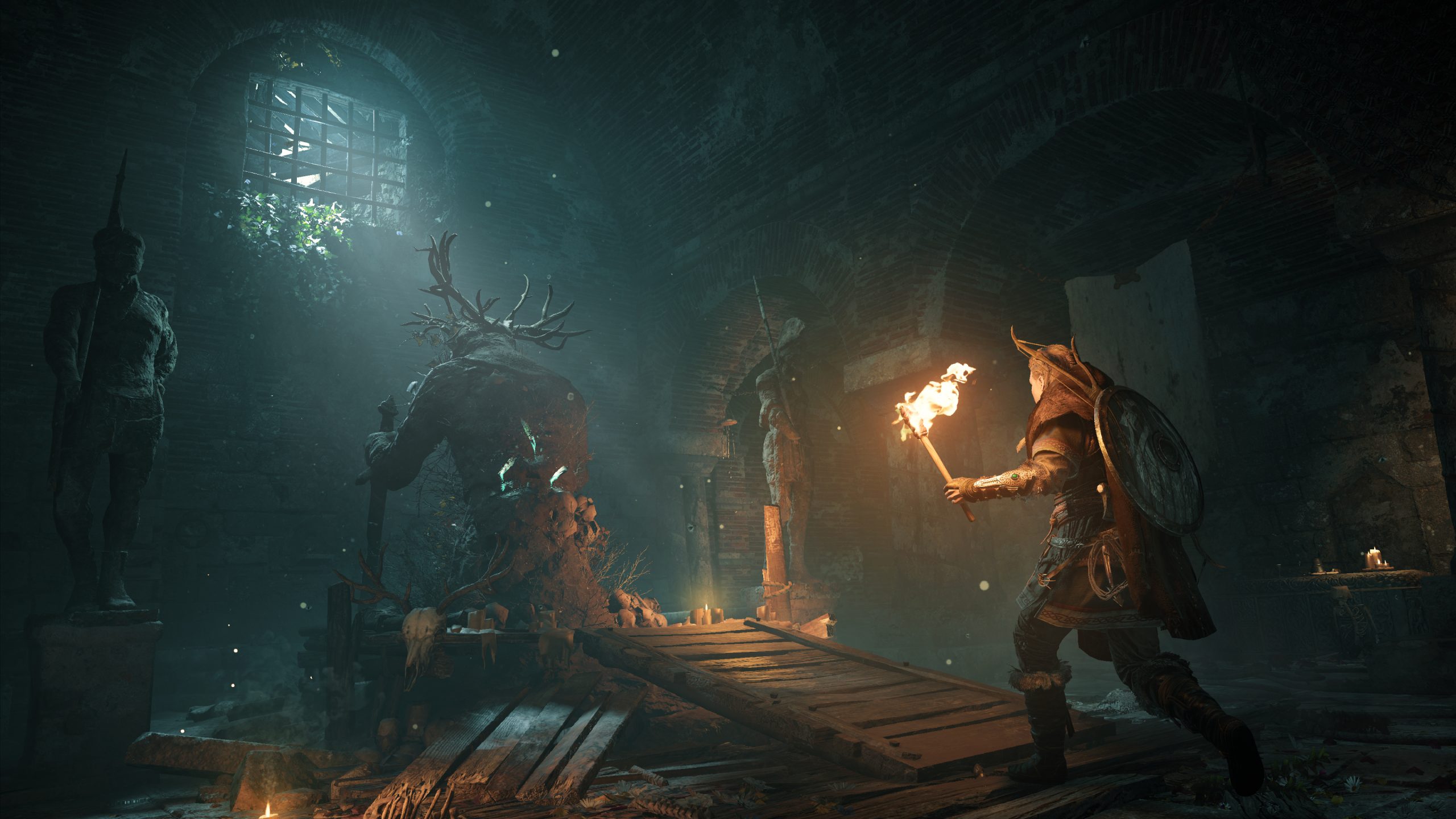 In saying that, studios have started to share accessibility information a lot more prior to launch. Ubisoft shares its efforts through blog posts and also has a dedicated team, and Naughty Dog did the same with The Last of Us Part 2. Some studios such as SMG Studio and Team 17 released videos showing accessibility features available at launch. This is vital information to be sharing, but there’s a huge difference between a blog post or a short clip on accessibility features and how these actually feel in play. And that goes for both accessibility and the game as a whole in general.

Assassin’s Creed Valhalla as an example saw a blog post detailing a massive range of features. On paper, it was impressive and exciting. However, it wasn’t so impressive during actual gameplay. Audio-focused captions were over the place, map markers were hard to see, and enemy tagging had been removed as a development choice. I raised all these concerns and more in an accessibility-focused review on Can I Play That. 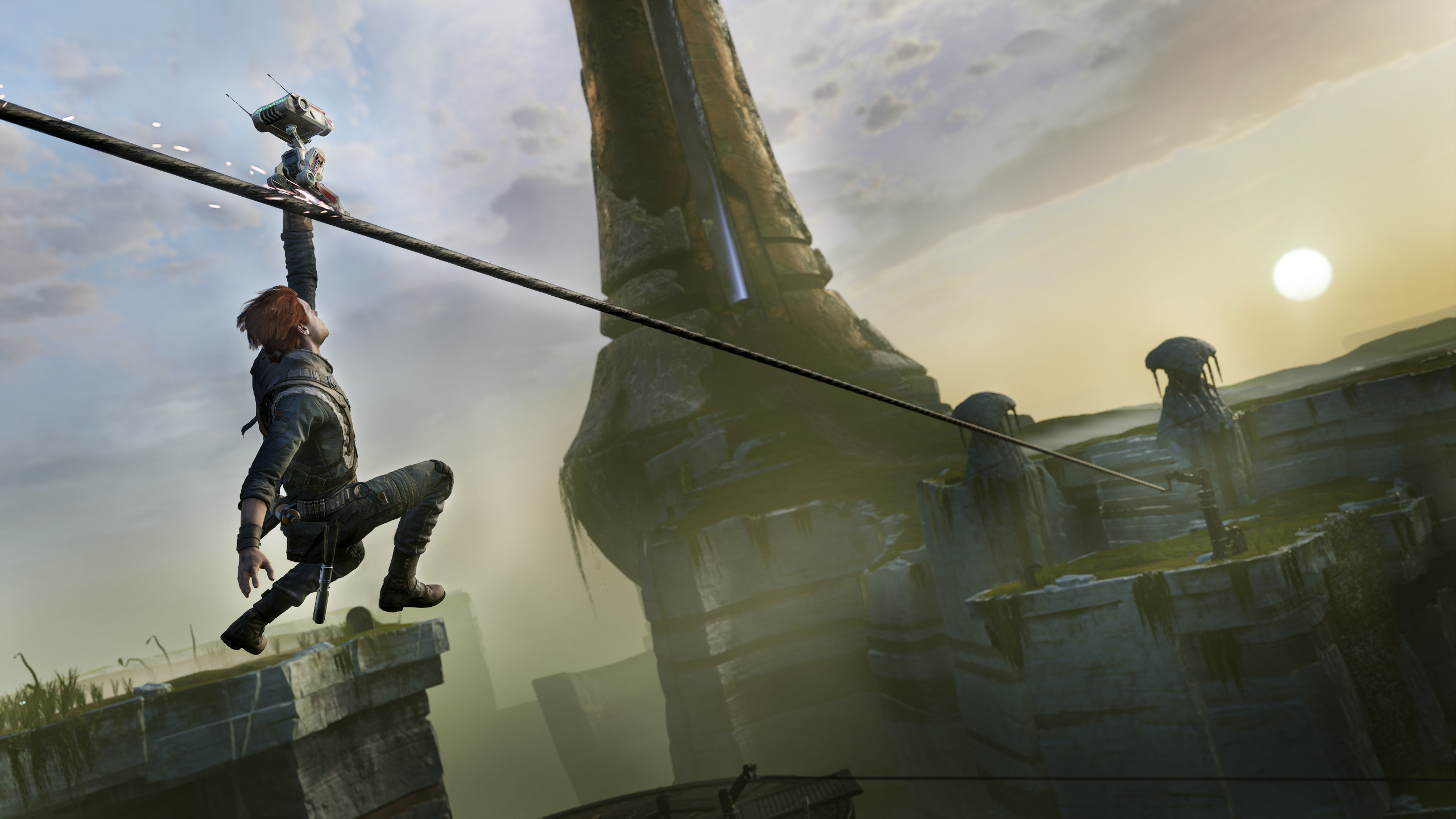 But because there was no demo for a player to experience, and just the coverage from multiple outlets and influencers to rely on, disabled players had to go in with the expectations that had been raised from the previous two games, Origins and Odyssey. And given those games’ success in accessibility, that expectation was high. Players had to take a leap of faith, I guess you could call it.

For many games, players —disabled or not— have no way of seeing if a game feels exactly right for them.

For many players —disabled or not— there’s hardly any way of seeing if a game feels exactly right for them. Often resulting in them having to either spend full-price on a game just to see if it’s playable, wait until friends have tried it to take their word, or wait for a significant price drop when sales come around. 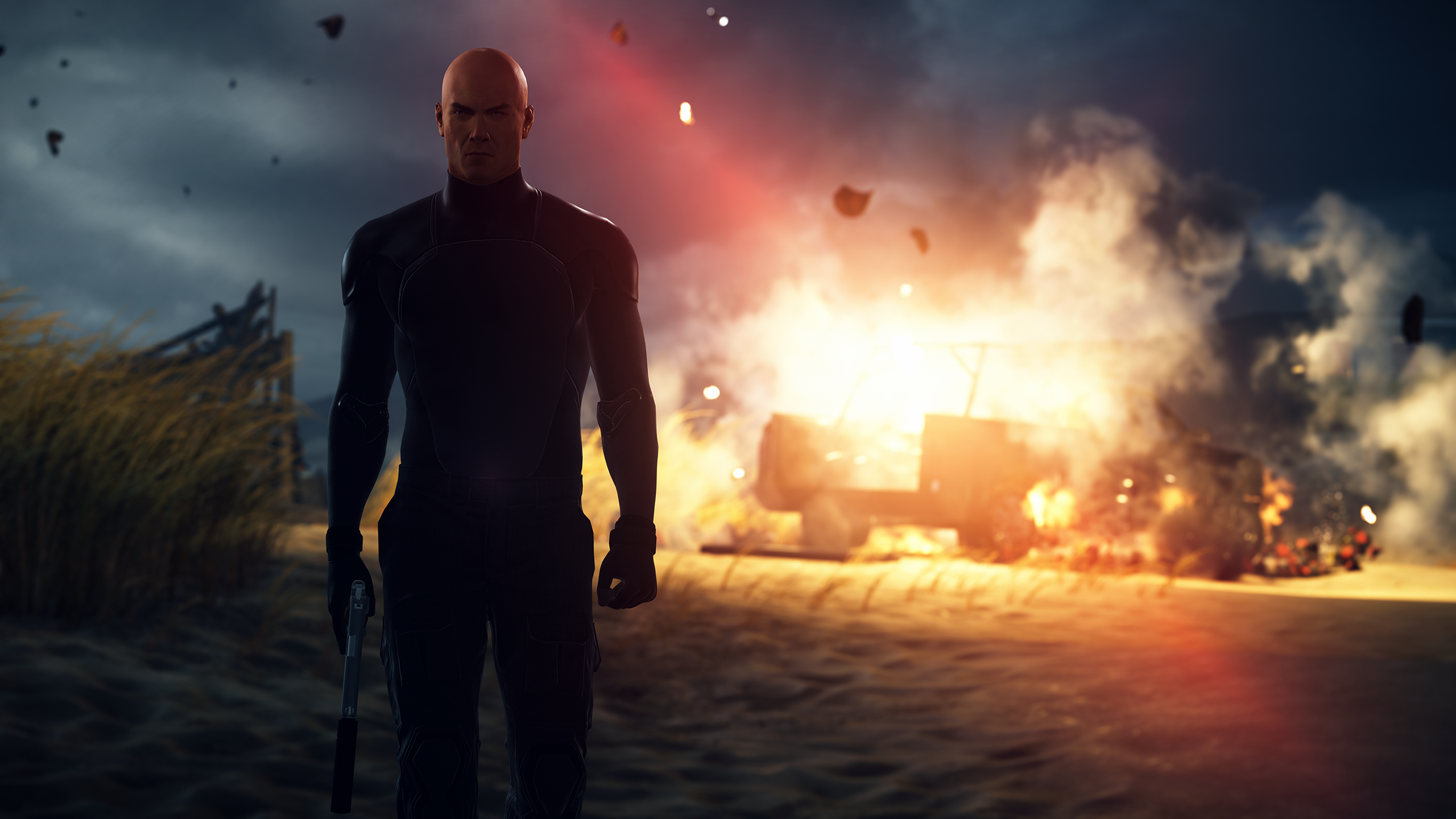 And this is why Xbox Game Pass is a fantastic thing because players can just pay a subscription, download a full game from a large and continually growing library, and either play it to completion or purchase it later down the line. The same goes for PlayStation Plus. But they’re a touch on the inconvenient side. Rather than allowing you to download a small portion of the game, you have to spend hours downloading the full game — depending on internet speeds.

“While services like game pass and PS plus are certainly beneficial, new releases still need trials.”

I spoke with Grant Stoner, Mobility Editor at Can I Play That, and freelance journalist who said, “While services like game pass and PS plus are certainly beneficial, new releases still need trials.” He added, “Unless I have a demo, I won’t be able to know if I can play a specific game until I watch videos or read stories written by other disabled people days, or even weeks after a game released.” 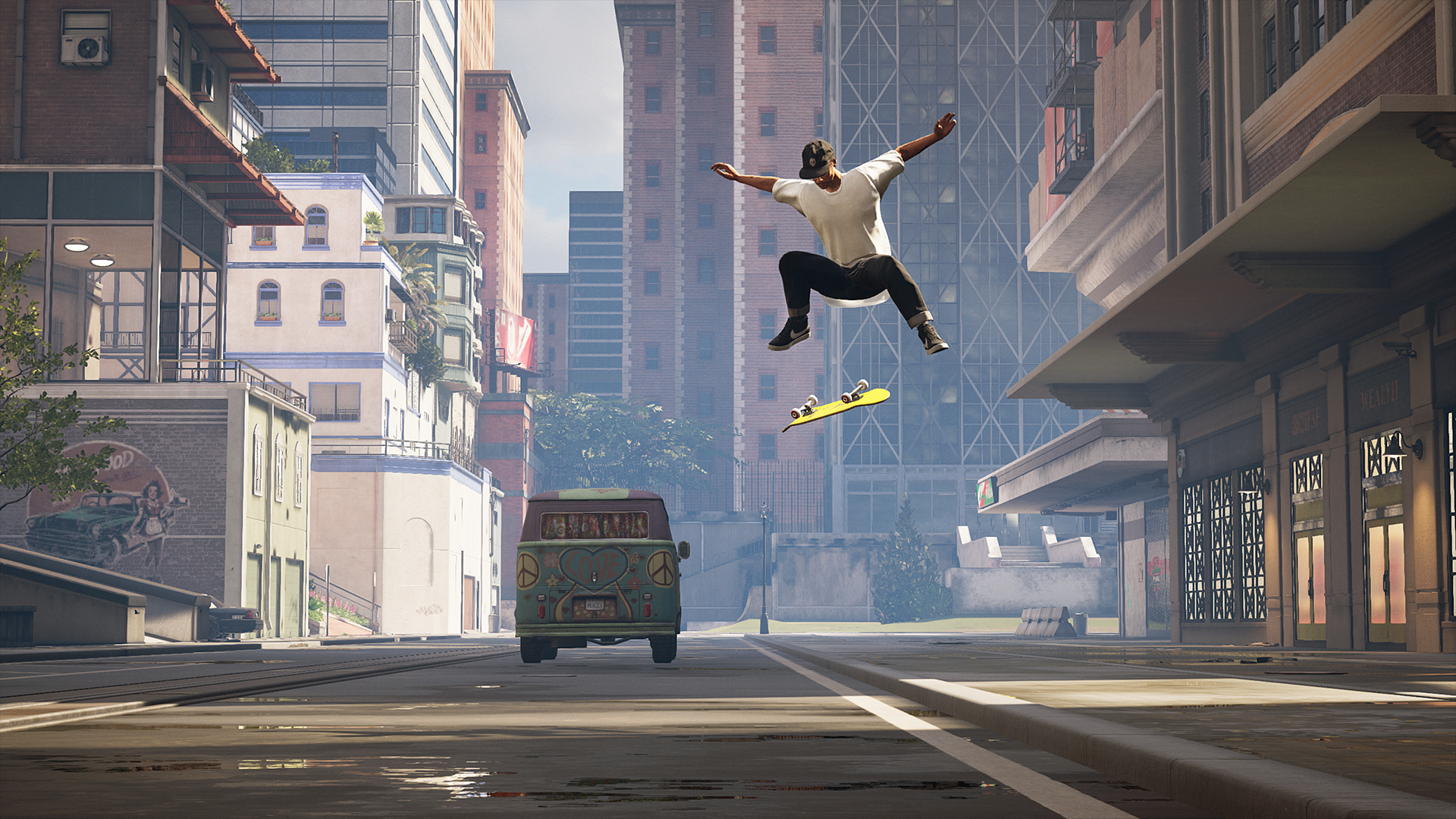 And his concerns are valid in that major game outlets —including us— rarely touch on accessibility in our reviews or editorials that go live around launch. Thankfully, companies such as Ubisoft have been more proactive in inviting disabled content creators and journalists to events such as Ubisoft Forward, allowing them to spend time with the game and inform their audience specifically about accessibility. But every disability is different, and while it’s great to see more disabled advocates getting involved in the industry, experiences differ.

And this is where playable demos would massively benefit a player. A similar concept to Xbox Game Pass or PlayStation Plus but dedicated to demos with a monthly rollout could work in a similar concept to the monthly physical demo discs. Bringing a mixture of upcoming indie games and major releases alike. 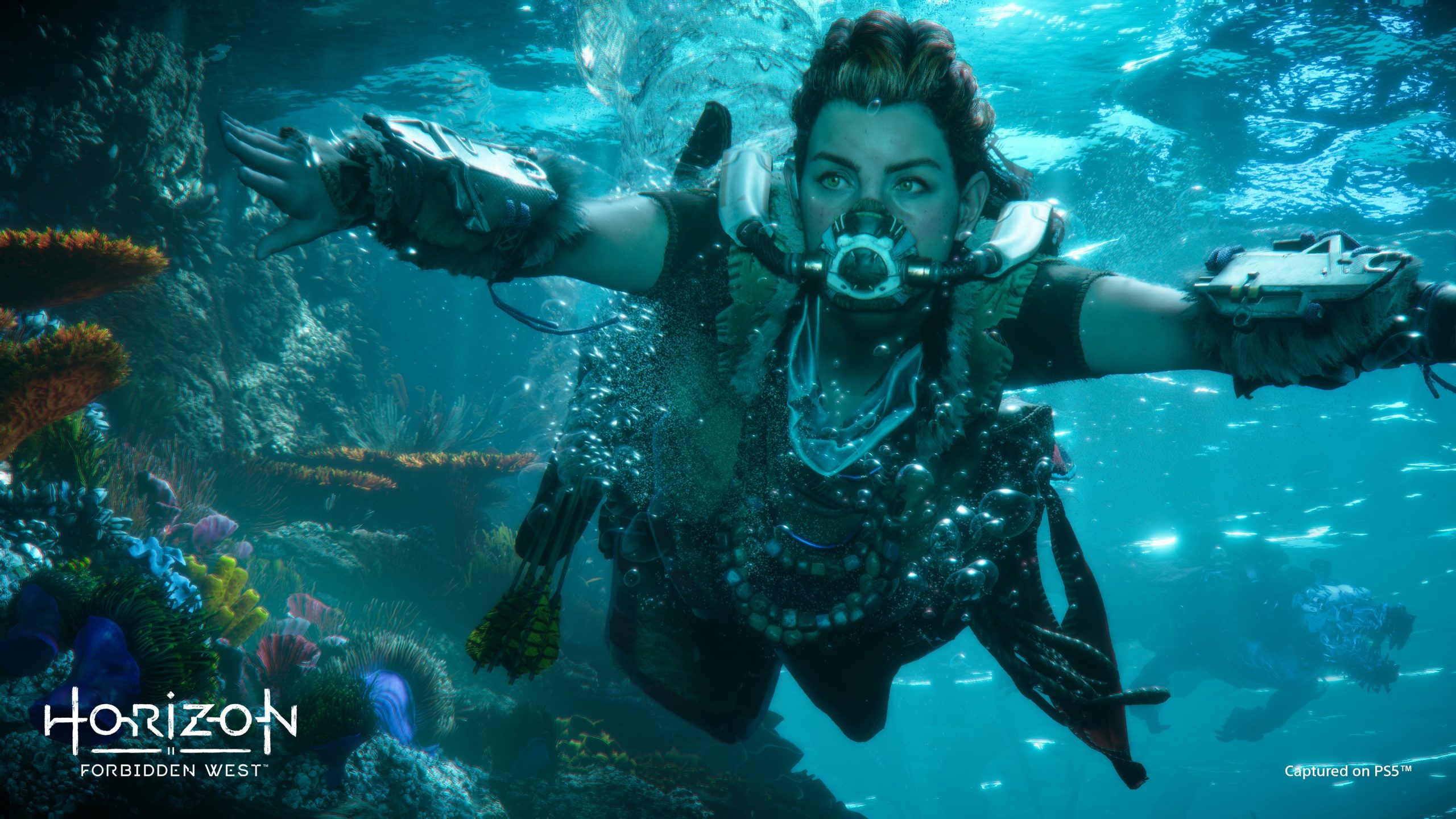 “Even if we get to a point in the industry where accessibility is part of the pre-launch marketing process nothing is better than having hands-on in the game.”

Allowing the player to wander through a specific number of levels or a specific demo restricted area. Giving them access to how the different gameplay styles work — from action to stealth. Even letting disabled players go through the options menus, test third-party peripherals if needed, and see how in-game visual indicators and UI/UX is presented and customizable, if at all. Playable demos would allow disabled players to see if the game has been developed with disabilities in mind.

I also spoke with Steve Saylor, an accessibility consultant and content creator who said, “Even if we get to a point in the industry where accessibility is part of the pre-launch marketing process nothing is better than having hands-on in the game.” He went on to explain why he thinks this would be good, “If studios release demos with a portion or all of the accessibility options they are working on it does two things. Gives disabled players a chance to have a feel for the game without spending any money. And it also allows disabled players to provide user feedback on if anything needs to be improved. It’s a win-win scenario for all involved.” 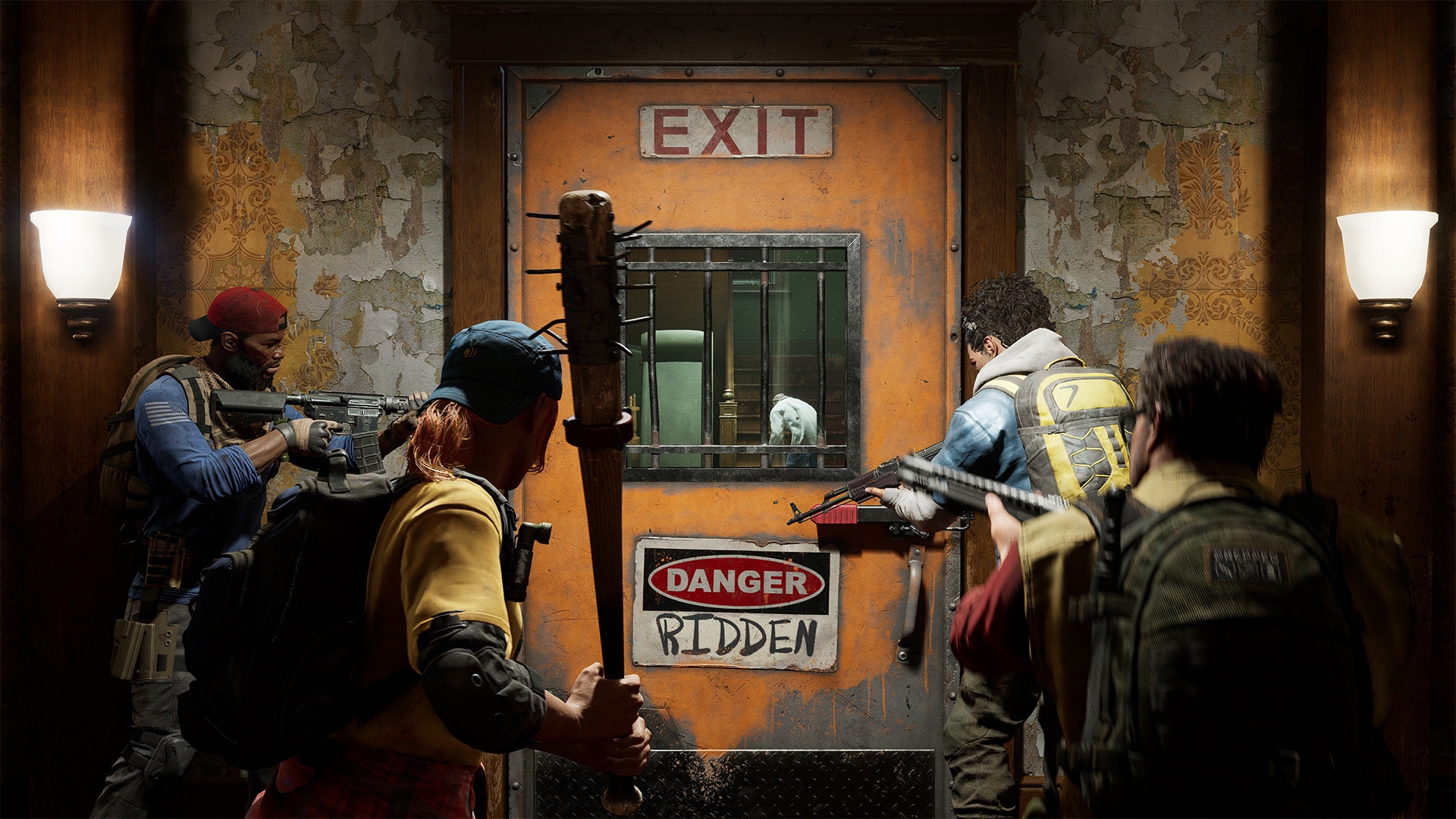 Allowing players to experience a demo as opposed to sitting through a 14-minute gameplay video or several weeks of live-streamed glorified dev diaries seems far more appealing. Console players could see if the UI is readable from their couch, PC players could benchmark the game, Switch players can see if the game features button remapping outside of a system-level. And so on.

And I’m just focusing on the benefits for all players here. For developers, publishers, and PR, if a demo performs well, that would add to the hype surrounding a game. Some customers may feel more inclined to drop money into pre-ordering a title, perhaps even feeling confident enough to throw their money at those Ultimate or Gold editions. As Grant explained in an editorial of his own, for some disabled players, requiring third-party peripherals is a cost in itself, but to blow money on a game that can’t be played and occasionally unable to be refunded, is a kicker. 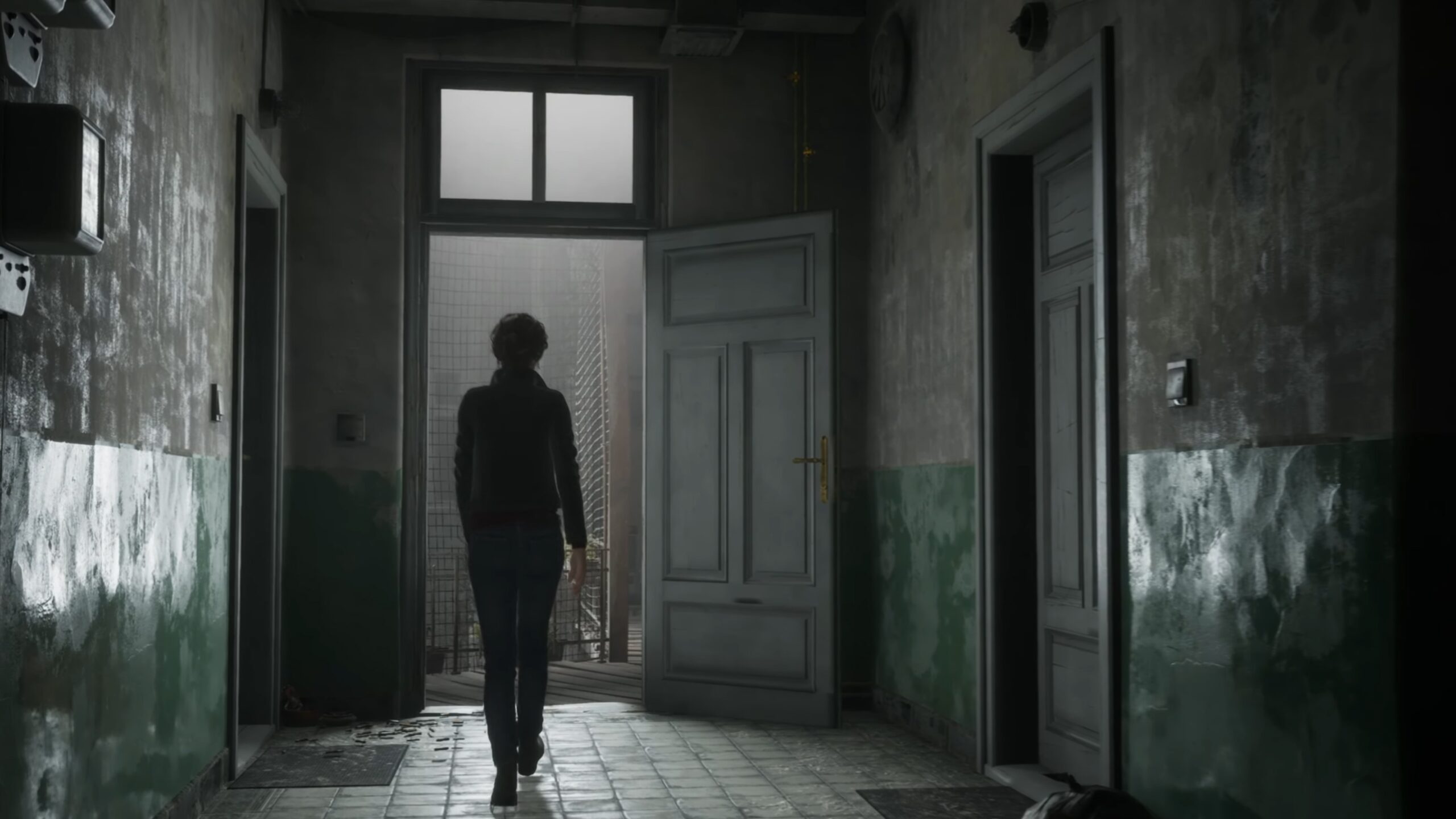 Demos being available for a large majority of upcoming games is a concept I would hope happens one day for both small and major releases after they’ve gone gold. It’s just a shame that it feels as if it won’t happen because for some companies, getting sales seems more important than providing a vital and informed experience for the consumer.

But with the huge surge in support for accessibility efforts last year, I’m confident 2021 will build upon that support even more — however that support may come. Be it more blogs, trailers showcasing accessibility efforts, or reaching out to and having disabled players give input and feedback on games still in development. I hope that this year is a year where gaming becomes more accessible for more.

The post Game Demos Need to Come Back For Many Reasons, Especially for Accessibility by Ben Bayliss appeared first on DualShockers.