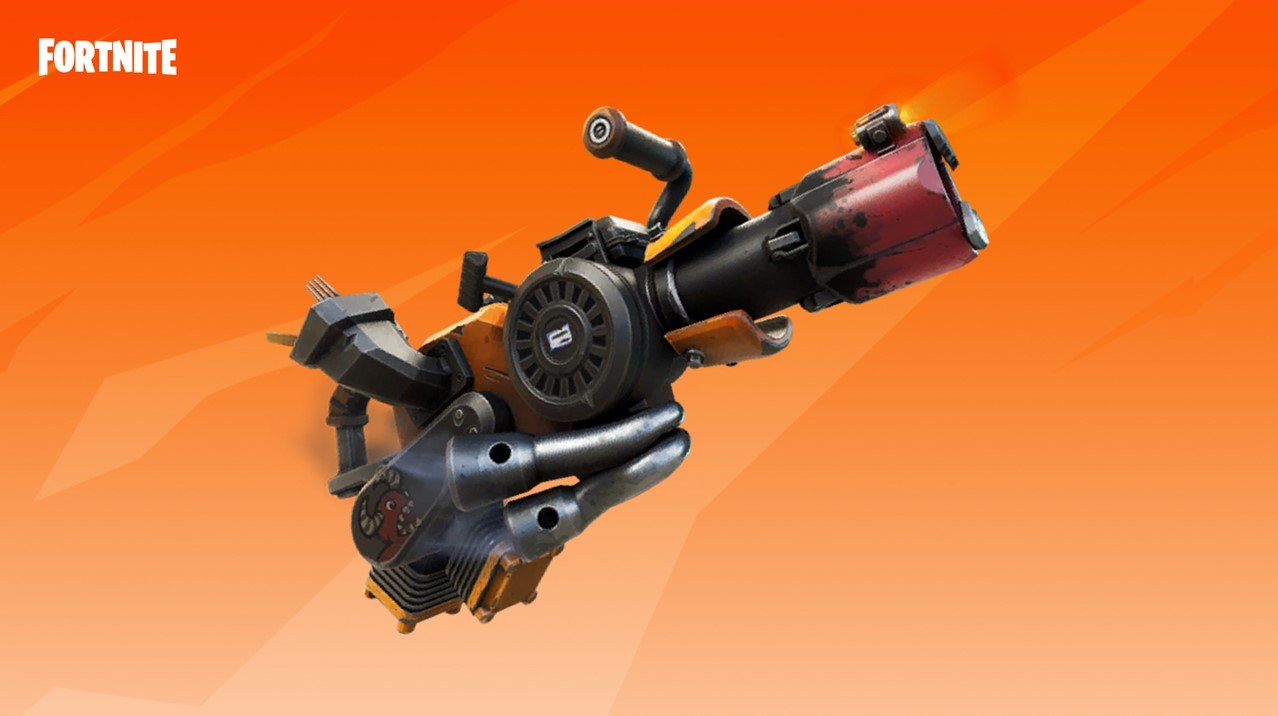 The Recycler Weapon has officially gone live in Fortnite after previously being leaked.

The official description of the new weapon reads, “Harvest objects for Ammo, spit out densely packed projectiles of Junk! Watch out for the Shrapnel!”.

The new weapon does exactly as the description states, players are able to get ammo by using the Recycler as a harvesting tool and destroy any sort of material you can, the materials scavenged will then be useable as ammo. Once you’ve got a full supply of ammo for the Recycler, you can shoot it almost like a grenade launcher, but it shoots small balls of junk instead.

The Recycler doesn’t deal a great amount of damage but does come in three variants. These variants are Rare, Epic, and Legendary.

You can find all of the stats in the tweet below, courtesy of Fortnite leaker @ShiinaBR.

How To Get The Recycler Weapon

The Recycler Weapon can be obtained like all the other weapons in the game. You can find the Recycler in chests and as ground loot, but remember there are a total of 3 different variants to find.

Players will likely have a much higher chance of finding the Legendary Recycler in chests, as opposed to ground loot.

Fortnite kicked off Chapter 2: Season 6 in style, there’s a lot of new content for players to jump in to. Not only is there new points of interest on the Battle Royale map, but there’s also brand new skins, a new crafting system, and even animals.

DualShockers have got everything you need to know about the latest season before you jump in and play.

The post Fortnite Recycler Gun – Stats, Usage, and How To Get It by Kyle Knight appeared first on DualShockers.