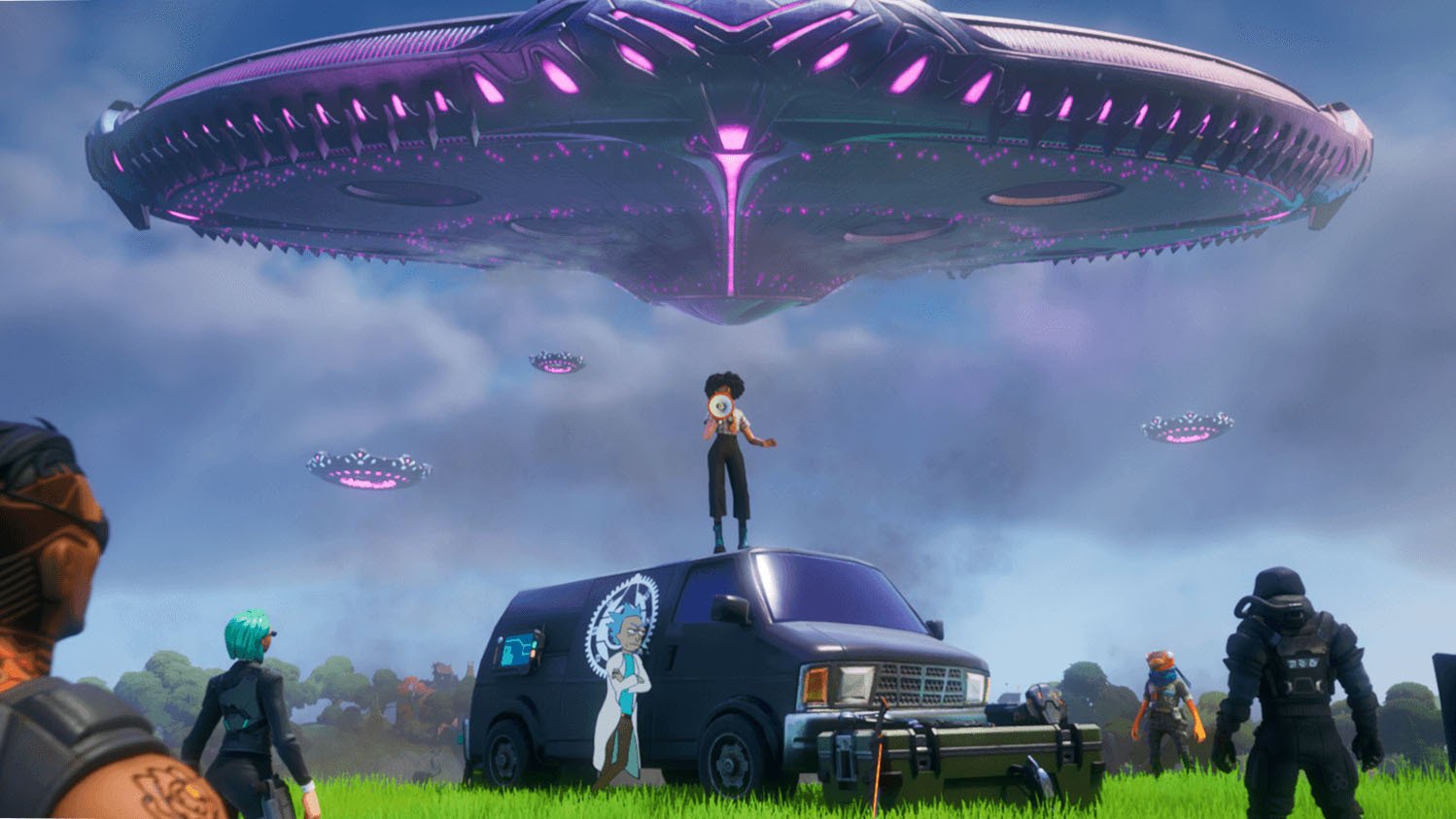 A new update has arrived for Fortnite and the Mothership that has been floating above the island since the season began, is now accessible. Filled with loot and previous points of interest, players will want to know how they can get inside.

Not only did the new update give players access to the giant Mothership, it also brought with it the start of the new Cosmic Summer Celebrations Event. Check out the link below to find out about the challenges and rewards up for grabs.

Fortnite is now on version 17.10 as the latest update was deployed by Epic Games on June 22nd with plenty of new content. Not only did leaks reveal the location of the upcoming Alien Artifacts, there is now a brand new Summer Event.

The event will feature challenges, rewards, and even new summer-themed skins. But that’s not all the new update brought with it, there’s even new weapons for players to get their hands on. Jump in now to test out the new Zyg and Choppy’s Ray Gun and the new Alien Knockgun Launcher.

But the real exciting change in the update is that players can now get inside the giant UFO Mothership that has been floating above the map since Season 7 began.

The ship is absolutely massive, filled with loot, and even has points of interests inside from previous seasons. So, how do you get inside of it?

How To Get Inside The Mothership In Fortnite

According to Fortnite leaker, HYPEX, getting inside of the Mothership is completely random.

New UFO types are now in the game known as ‘Abducters’, they will randomly abduct players and take them inside of the Mothership UFO. As of writing, this is the only way to access the Mothership, should any other way be discovered, we will update this article.

The post Fortnite – How To Get Inside The Mothership UFO by Kyle Knight appeared first on DualShockers.