For many at DualShockers, Final Fantasy XV is near and dear to our hearts. One of the standout RPGs from this generation, FFXV from developer Square Enix has a memorable cast of characters and a fairly radical new layout to experiencing a Final Fantasy story. And while critics were largely divided on the game at large, cosplayers have latched onto at least one very notable mechanic: the lovely Cindy Aurum.

While FFXV and Cindy Aurum cosplay have largely slowed down over the past couple years, DualShockers never misses an opportunity to showcase some great representations. With that said, some recent photos from cosplayer KendelB are some of the best we’ve seen ever. Full stop.

Seen in the gallery below, the Cindy Arum cosplay by KendelB are taken over a few different photoshoots. While the design remains the same, the settings change fairly drastically. Albeit the hair is a little longer than what we see in FFXV, everything else seems ripped straight out of the game. Check out the gallery below: 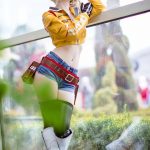 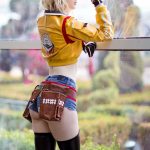 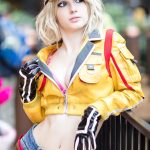 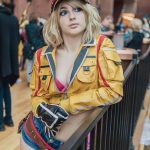 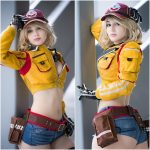 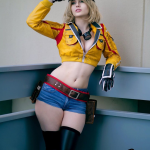 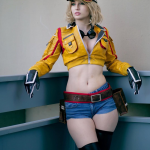 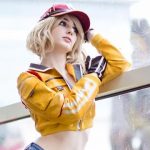 Final Fantasy XV is still having a fairly eventful year. It was revealed earlier in 2019 that the game would be making a jump over to Google Stadia. Even more surprising, it appears that we may be seeing much more in the Final Fantasy XV universe. According to recent reporting, a new MMORPG mobile game may be around the corner — tentatively titled Final Fantasy XV Mobile. And speaking of great Final Fantasy cosplay, the recent designs of Aerith and Zack look ripped straight out of FFVII Remake.

Final Fantasy XV is available in a ton of different ways, including a Pocket Edition, on Google Stadia, Mobile, Nintendo Switch, PC, PS4, and Xbox One. If you never picked up the game, consider grabbing a physical version of FFXV on Amazon to help support the site. On the other end, make sure to follow KendelB on Instagram (or her other social profiles) to see some other amazing cosplay — including from NieR: Automata or Street Fighter.

The post Final Fantasy XV Cindy Aurum Cosplay is Nothing Short of Spectacular by Lou Contaldi appeared first on DualShockers.