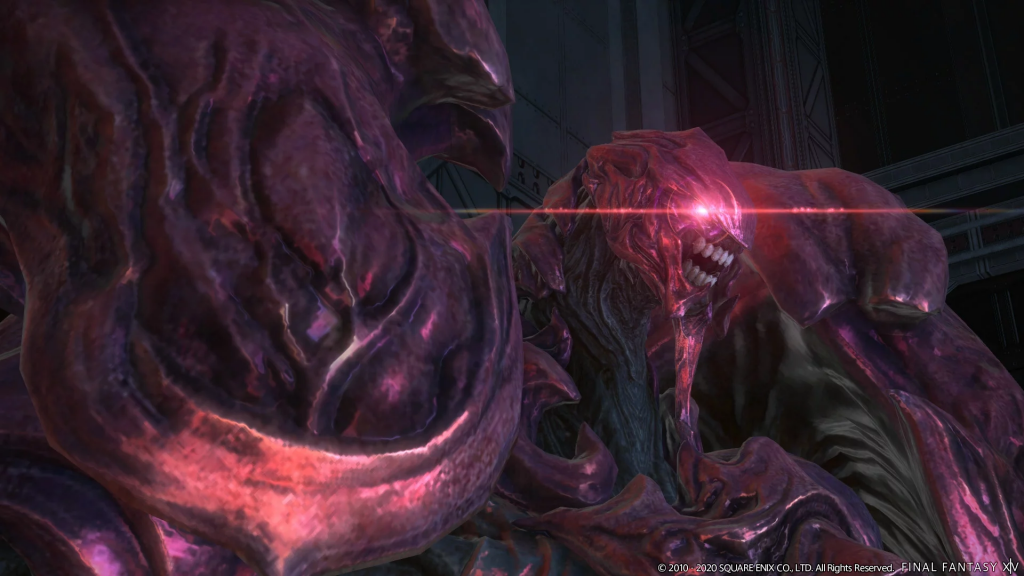 Final Fantasy XIV: Echoes of a Fallen Star received a new trailer during its livestream for thePatch 5.2 update. Not only did fans get a glimpse at some of the major story elements but Ruby Weapon also made its official debut. Yes, the superboss from Final Fantasy VII appears in this game and with its own trial too, called Cinder Drift. Its design is pulled right out of VII and looks just as intimidating as we all imagined it to be as kids:

The official description reads: “Clad in crimson and armed to the teeth, the Ruby Weapon represents the latest advances in Garlean military technology. But what dark depths has the Empire plumbed to obtain such power?” And for those wanting to see even more gameplay of the beast, here’s about two minutes of just that courtesy Twinfinite:

Patch 5.2, Echoes of a Fallen Star, will release on February 18th and will include new main quests, a new raid dungeon, new general dungeons, and more, including the aforementioned Ruby Weapon trial. And if you want to check out the full details of said patch as well as some new screenshots from the official website, you can go here for all the info.

Announced by Square and Producer/Director Naoki Yoshida via a press release, Final Fantasy XIV has now surpassed 18 million registered players in total. This number is comprised of players across all of the game’s platforms which include PS4, PC, Mac, and even the PS3.

The post Final Fantasy XIV: Echoes of a Fallen Star Trailer Drops Story Details and Reveals the One and Only Ruby Weapon by Allisa James appeared first on DualShockers.