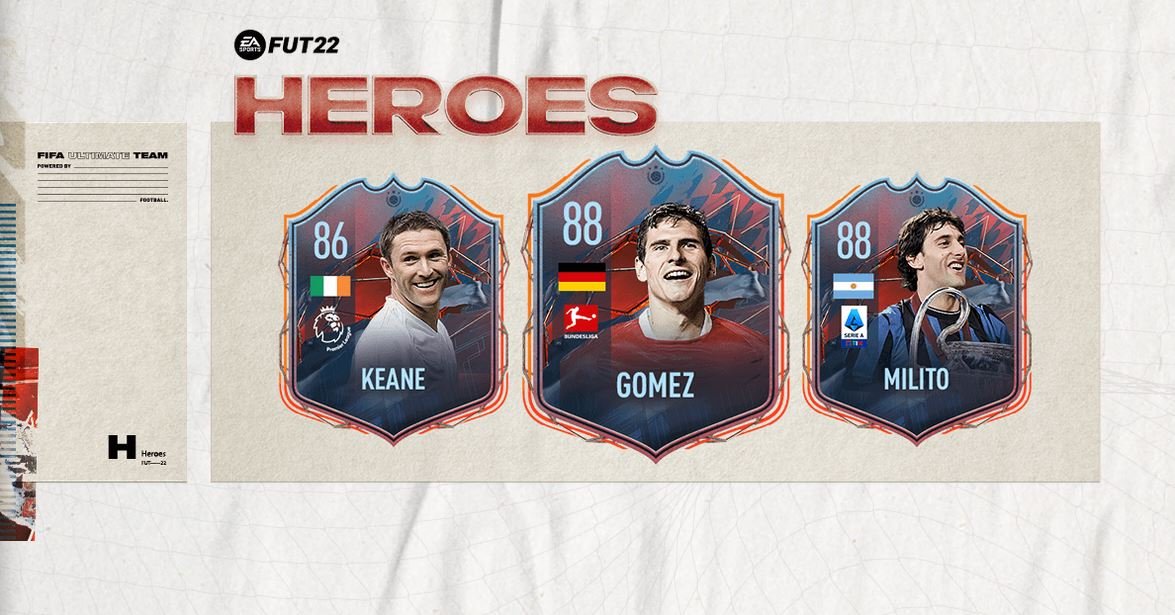 FIFA 22 is the next big thing the series and Electronic Arts has already revealed a number of unique features in this new entry of the franchise.

Aside from the HyperMotion technology that we already talked about, the Ultimate Team mode in FIFA 22 is going to feature new FUT Heroes cards. Today, Electronic Arts revealed the first set of FUT Heroes players that will be available at launch. Let’s have a detailed look:

FIFA 22 FUT Heroes is supposed to bring back memorable players to the pitch who retired recently, while Icon cards include legendary players from the entire history of football.

As revealed by EA Sports, FUT Heroes cards will feature a specific nationality and league for each player that will boost your team’s chemistry if you use another player from the same league or nationality in your squad next to a FUT Heroes player.

FIFA 22 will be available on October 1 on PS4, PS5, Xbox One, Xbox Series X, Xbox Series S, Nintendo Switch, Stadia, and PC. The game will only feature a free upgrade to new consoles if you purchase the Ultimate Edition of the game.