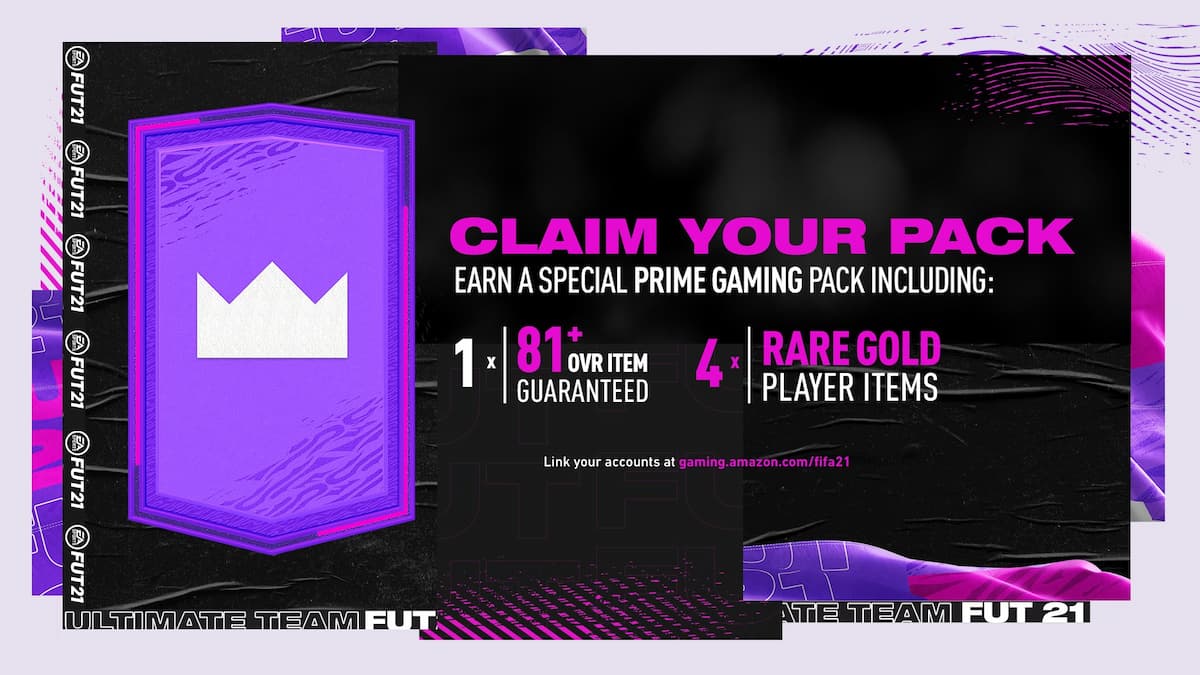 If you are an avid FIFA 21 player, you might be aware of the various packs that are rewarded by EA from time to time. One of the most common ways to get rewards is by competing in the FUT Rivals, which is an online mode within Ultimate Team offering packs, coins, and more to players. If you are looking for an easier way to get some packs in the game, you can redeem the latest FIFA 21 Twitch Prime Pack.

FIFA 21 Twitch Prime Pack: What are the rewards?

When compared to the rewards given out in the past, this might not seem very enticing. For reference, the last FIFA 20 Twitch Prime Pack which was given out in August included one 83+ OVR Player Item and 5x Rare Gold Player Items. EA is giving out one less Rare Gold Player and an 81+ OVR Player Item instead of an 83+ OVR Item this time around. That being said, if you are a Twitch Prime subscriber, there is no reason to not redeem the rewards considering that it’s available free of cost.

If you want to redeem FIFA 21 Twitch Prime Pack, you need to do the following things. Do note that some players have reported that they haven’t received the rewards even after following the steps. In that case, we would recommend you to message @EAHelp on Twitter with your issue, and you will likely get a resolution.

Genshin Impact 1.4 KFC Glider Skin – How to Get it Globally, Outside China?
What Is Minecraft Lovehunt and How Do You Play It?
Who Created Slenders in Roblox and What Does It Mean?
How to Play The Ratchelor – A Game Based on The Bachelor TV Series
Elden Ring Fan Takes up a Tough Challenge Until The Game’s Release Day