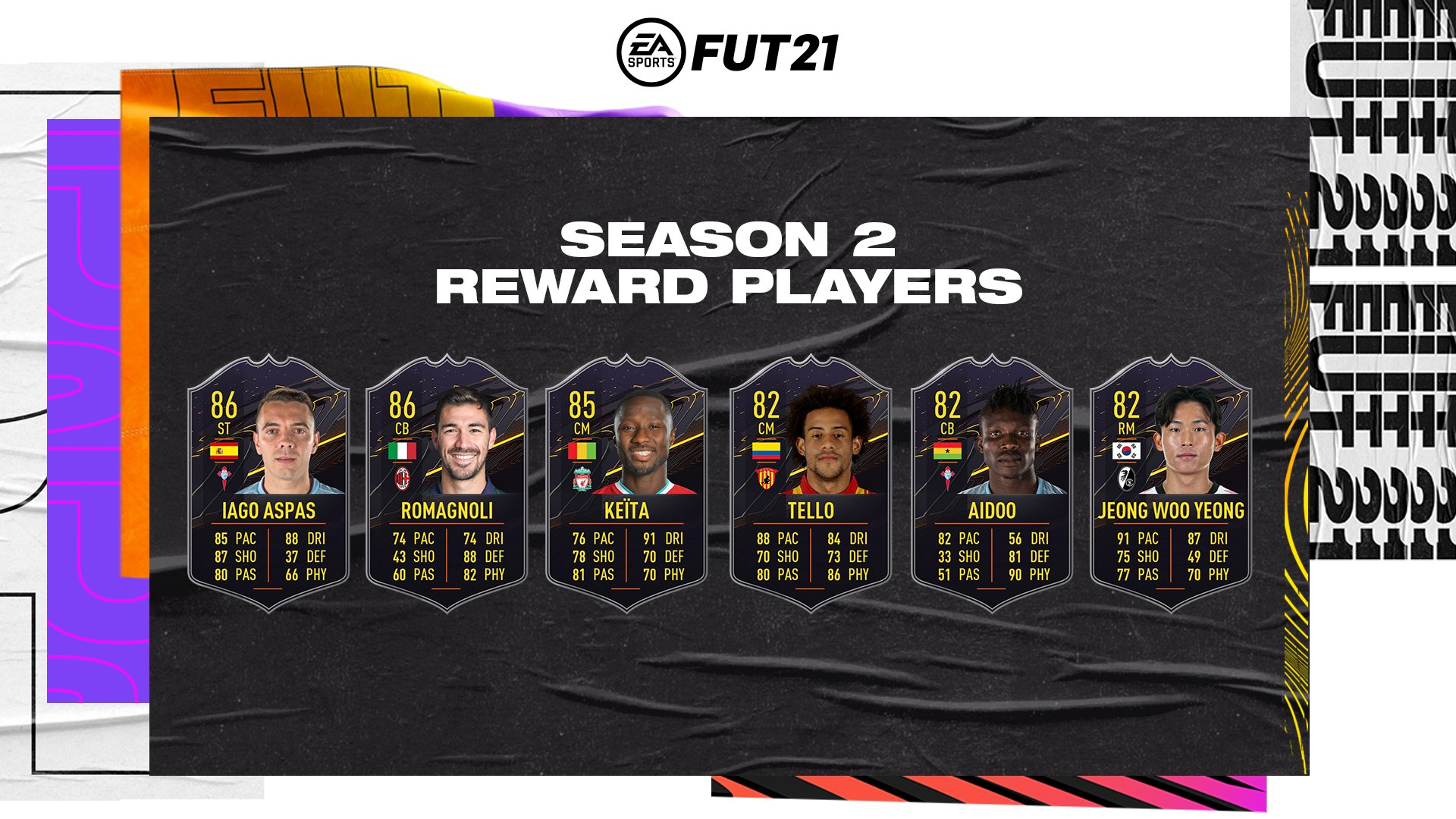 Today marks the first day of Season 2 in FIFA 21. That means a brand new battle pass-like system and tons of new objectives to start working on in FUT. For this go-around, EA Sports has made a few small changes to what we saw last year. Notably, we’re getting mid-level players rewards much earlier than we did in FIFA 20. Plus, today the team dropped the first set of Icon SBCs. Check it out.

For most, the Icon SBCs are probably the big talking point. These took a break in FIFA 20, but they’re back. Of course, later in the game cycle, players will also be able to earn other Icons via Icon Swaps. However, these are the first ones you can “craft” through SBCs. Javier Zanetti, Edwin van der Sar, and Luis Figo are the first three up. Each is overpriced in my opinion, though you could probably do them cheaper if you wait for lightning rounds over Black Friday. That said, if you want to get one, you have 29 days to do so. Fortunately, if you just want to test them out, you can craft the loan version relatively easily.

Personally, I probably won’t worry too much about this set. Both Zanetti and van der Sar would make my squad, but I don’t know if they’re worth the assets at this stage. That said, it’s always fun to toss an Icon or two in the club, so you might consider doing one of these.

Outside of the Icons, the battle pass is pretty intriguing this season. In FIFA 20, we didn’t get a mid-tier player reward until Season 4, but FIFA 21 is doing it a few months early. They’ve also completely gotten rid of player loan items in the season pass. That should mean you’ll see fewer players subbing on Mbappes and the like before kickoff in Friendlies. Of course, you can get those Icon loans now, but that requires a few minutes of actual work. My hope is that casual players stay lazy and we don’t see many Figos popping up.

Get your pick of Tello, Aidoo, or Jeong at Level 15 as well as a choice of Iago Aspas, Romagnoli, or Keïta by reaching Level 30 in the new Season 2 of #FUT21, starting today. pic.twitter.com/FM8ULLFam1

The mid-level players on offer for this go-around are all boosted silvers. The trio includes Joseph Aidoo, Andres Tello, and Woo Yeong Jeong. For me, I’ll probably go with Tello. Though Aidoo looks pretty fun, and Jeong could be a fun addition to a Bundesliga side. I rock a Serie A team, so Tello can help out when Kessie inevitably gets red-carded in FUT Champs.

Players at the end of the pass would be exciting if you could get them today. However, knowing you won’t have these dudes until the end of December makes it a bit less exciting. That said, you’ll have either Naby Keita, Alessio Romagnoli, or Iago Aspas waiting for you. Again, these are fine players, but I don’t know if they’ll make many squads by the time you’ll finally have access to them. Given his position and league, Romagnoli probably has the best chance to still be somewhat viable in January, but it’s not the best look from EA.

All told, this is a middling start to Season 2 in FIFA 21. The Icon SBCs look overpriced, especially when you consider how hard EA nerfed League SBCs. I do like seeing more reward players in the season pass. I just wish they were juiced a bit more to make them viable when you can actually get them in your squad. As ever with EA, it’s a case of one step forward, three steps back.

FIFA 21 is available now on PC, PS4, PS5, Xbox One, and Xbox Series X. The next-gen update drops on December 4.

The post FIFA 21 Kicks Off Season 2 of FUT With Intriguing Changes and Icon SBCs by Ricky Frech appeared first on DualShockers.