Today, EA Sports dropped a brand new set of Showdown SBCs into FIFA 21. If you haven’t seen one of these in FUT yet, essentially, EA has picked an upcoming marquee matchup and dropped two players into SBCs. Depending on the result of the game, those cards can upgrade. If the teams tie, both players get a “+1”, but if one team wins, that player goes up two ratings. This week, FIFA 21 is highlighting the upcoming Manchester United-Liverpool game. United fans can unlock Scott McTominay, while Scousers can grab James Milner.

Both players are coming in as 85-rated cards. At first glance, I’d say they’re both a little overpriced. However, keep in mind that the repeatable Icon SBC ends tomorrow. So, fodder prices should come down unless EA drops something massive ahead of Team of the Year. I don’t think I’d complete either of these today, but tomorrow could be another story. Plus, given some of the upgrade packs currently available, these cards are incredibly easy to grind if you have the time.

McTominay is a pretty solid option for Premier League fans looking for a new CDM. He’s also the cheaper player out of these two. He does lack top-end pace and he doesn’t seem to be a substantial upgrade over someone like Ones To Watch Thomas Partey, who comes in at about half the price. That said, he does give you link options to players like Marcus Rashford and Alex Telles. If you need him for the club, check out the solutions below for some inspiration. 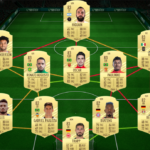 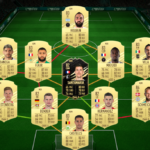 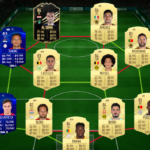 James Milner is a bit less interesting for me. Sure, he’s a fine player, but his low-tier pace and high price make him relatively unattractive. I mean, you can go get N’Golo Kante’s base card for the same price and have similar, if not better links. Truly, I don’t see why anyone would complete this card if they aren’t a Liverpool fan. Maybe I’m missing something? Who can say? Anyway, here’s some solutions to give you a few ideas. 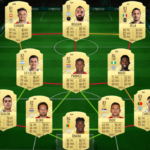 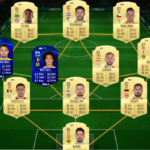 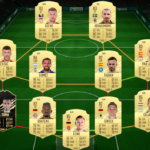 Again, these prices should come down tomorrow. I don’t anticipate EA doing much to the market ahead of TOTY starting next week. So, if you’re wanting to complete one of these, wait at least a day and do what you can to craft fodder. It’s incredibly easy right now with all the upgrade packs available now.

The post FIFA 21 — How Complete The Latest Showdown SBCs by Ricky Frech appeared first on DualShockers.