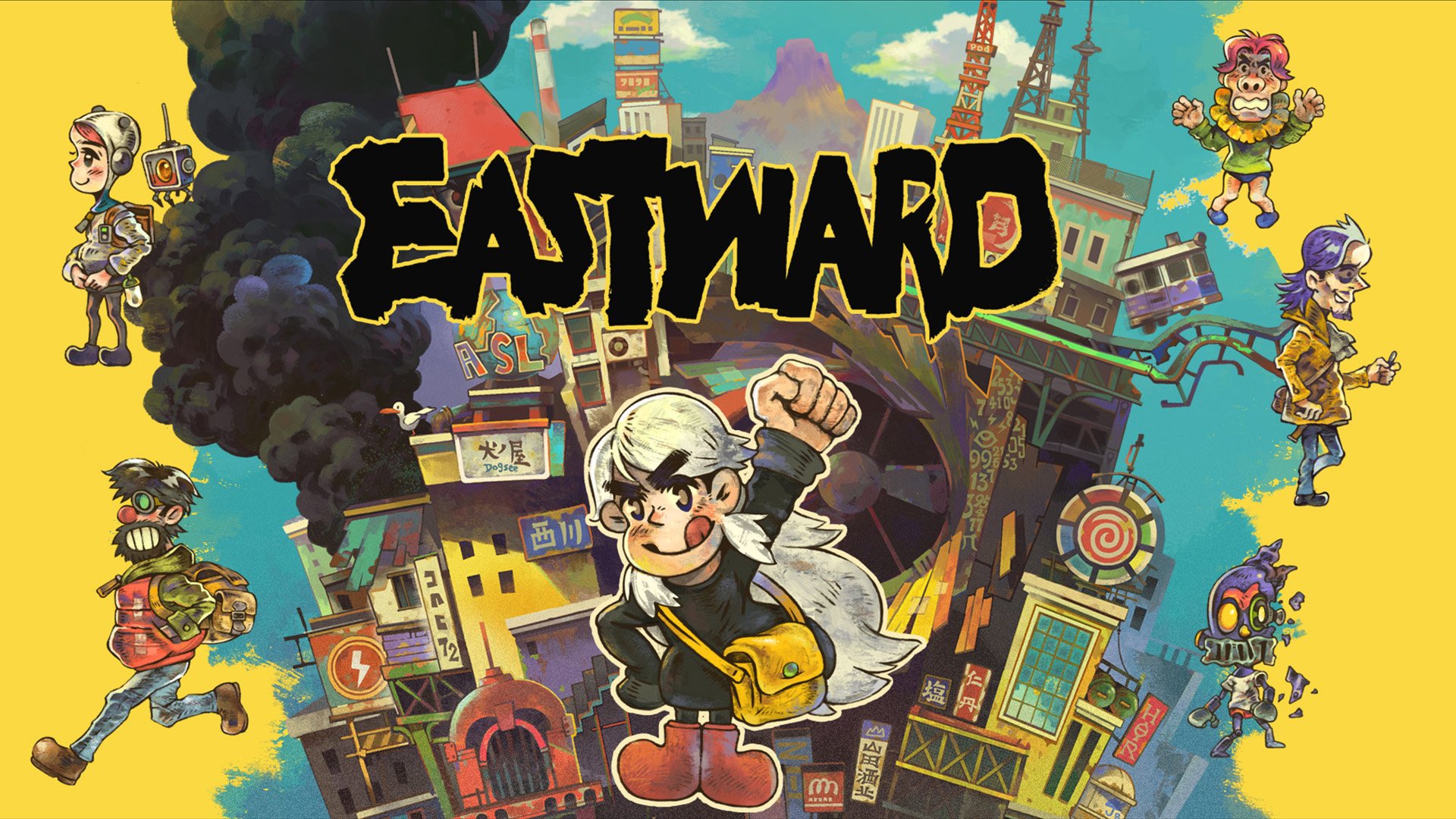 If video games are built to transport us to escapism, then Eastward is our one-way ticket out of the humdrum. Developed by Pixpil with publishing duties by Chucklefish, Eastward fuses the nostalgia of RPG adventures with its own collection of quirky characters, its map of unique passing towns, and its relentless, engaging storytelling.

With so much to observe, interact with, and discover, you will never get bored exploring the world of Eastward, nor will you ever find where the last five hours have gone.

Note: This review is spoiler-free, however, themes and characters are briefly discussed.

The narrative at the core of Eastward is somewhat familiar – think Levi, Furlan, and Isabel from Attack on Titan: No Regrets during their days living underground and wondering what sights awaited them above. Set in the near future, the subterranean civilization dwelling in Potcrock Isle was established by people who fled the above world when a toxic threat invaded. Generations who grew up underground have accepted that there is nothing above for them, cemented by the overbearing Mayor. Despite most of the population accepting the Mayor’s word – and deeming any talk of a habitable world above absurd, one girl is adamant that there is beauty on the surface.

The main characters John and Sam – a silent, hard-working digger and his white-haired, adopted child – ignites Eastward’s small-scale story, before it gradually expands with fantastical elements and uncapped imagination. Despite being a silent protagonist, John’s care towards Sam is showcased through his actions, or in our case, objectives. Their relationship is synergic, as these interchangeable characters can be switched to better suit your needs during combat and puzzle-solving.

The drastic change from upbeat, ego-satisfying victory themes – accompanied by your character’s air punch – to sudden, sporadic notes bathed in mystery and melancholy is a delight to experience during gameplay.

Speaking of a silent lead, Eastward’s mechanics – and occasionally its sound design – is clearly inspired by The Legend of Zelda. Everything from the life hearts to the victory tune when opening chests is present, with the addition of bomb placement in dungeons, brain-teasing puzzles, and collecting heart orbs in order to gain another life heart space.

The cooking mechanic from Breath of the Wild – where recipes are followed to cook health-restoring meals – is also present in Eastward, along with a foot-tapping jingle while it’s cooking. It’s comforting to experience these familiar mechanics within a new setting that essentially has you trapped deep underground, and it’s another component that adds to the game’s nostalgic blanket.

It’s funny that one of the game’s opening shots in the introductory cutscene immediately brings Death Stranding to mind, because Eastward’s composer, Joel Corelitz, also helmed the score for Hideo Kojima’s title. In union with Irish studio, Hyperduck Soundworks, Eastward’s score and sound design are the most surprising components involved. The drastic change from upbeat, ego-satisfying victory themes – accompanied by your character’s air-punch – to sudden, sporadic notes bathed in mystery and melancholy is a delight to experience during gameplay.

Pixpil – the indie, Shanghai-based studio behind the game – did a great job at blending western-like characters with Asian culture – made abundantly clear within several storefronts and character names. If you are a screenshot aficionado, by any chance, then Eastward will supply you with plenty of new wallpapers that encompass the retro, RPG aesthetic painted with Eastern culture.

The chibi characters bring 8-bit design into the present day, mixed with mind-blowing detail within the architecture of various towns. The amount of objects scattered around the vicinity encourages increased interaction with literally everything, and even though some interactions – like turning on an outdoor tap – have zero purpose, it all adds to the realism. Its cut-scene animation style may not be for everyone, but it’s hard not to fall in love with the immersive, colorful expanse before you.

Veteran PC players will presumably have no problem navigating the controls and performing attacks, but it is recommended to play with a controller. Eastward‘s dexterity is seamless, making sudden attacks easy to control for players who have a panic trigger and aim is accurate too – which is also a bonus in adrenaline-fueled situations.

Health depletion is not too unforgiving, but it’s enough to make you feel like the hero. Additionally, the rewards you reap from fallen enemies are extremely supportive, especially when you are far away from resources. However, that isn’t an excuse for slacking in your health-restoring meal prep.

Some early, emotional twinges – circling bullying, beliefs, and the strength of a paternal bond with their child – momentarily brings Eastward back to solid ground, only for it to grip you by the imagination and take off once again.

The story itself has no compass for an outsider, as each new scenario presents something out of the box. From teasing an Isekai theme in the prologue to the appearance of multiple creatures, some slimy, some snappy, all amounts to Eastward‘s ability to bewilder. Some early, emotional twinges – circling bullying, beliefs, and the strength of a paternal bond with their child – momentarily brings Eastward back to solid ground, only for it to grip you by the imagination and take off once again in the next scene.

Games like Thimbleweed Park counterbalanced the real world with science-fiction perfectly. Eastward combines the effective, frying-pan attack – a tool that is also used to cook meals – with the magic-infused abilities of Sam to create a balanced duo to tackle the challenges ahead. Sam also has her support system of friends – a group that’s reminiscent of the gang from Stranger Things, especially when they are huddled around an arcade game.

Referring to the world above as the “Forbidden Land”, with the threat of being sent to an ambiguous realm as punishment for rebellion, Eastward leans on fantasy to flavor its story, without forgetting about its core, real-world values. Its fluid, well-paced progression, and control movements thankfully allow you to explore and admire the view before continuing because Eastward is all about the journey despite its fascinating destination.

The post Eastward Review – A Gripping Nostalgia Trip For the Ages by Jo Craig appeared first on DualShockers.