Coming from the studio that has delivered massive open-world titles like The Elder Scrolls series and Fallout, “immersion” has been one of the key factors in the success of Bethesda Softworks’ titles thanks to their worlds driven by player discovery and exploration. Now more than ever, Bethesda is taking that idea to heart with the introduction of virtual reality to consoles and PC through three of its upcoming titles this fall, all derived from some of Bethesda’s most acclaimed series.

At a preview event in New York City, DualShockers had the opportunity to check out several of Bethesda Softworks’ upcoming titles for the fall season, which also included the company’s slate of VR projects: DOOM VFR, Fallout 4 VR, and The Elder Scrolls V: Skyrim VR. While all of these are based around previously-released titles (or take on some intriguing new concepts), myself and DualShockers co-founder Joel Taveras provided our own thoughts down below on Bethesda’s upcoming VR projects and what to expect, whether it’s casting spells in Skyrim VR, hunting Deathclaws in Fallout 4 VR, or taking on hordes of demons in DOOM VFR.

With Fallout 4 giving myself and millions of other players the chance to explore a vast, post-apocalyptic rendition of Boston, I was (naturally) very curious about the game’s transition to virtual reality and how that extra level of immersion would add to the already massive scope of the game.

Like the upcoming VR version of The Elder Scrolls V: Skyrim, Fallout 4 VR is as its title implies: all of Fallout 4, but now in virtual reality. The hundreds-of-hours-long RPG now has an added dose of immersion thanks virtual reality, and in my time with the VR version of the game –which took us through some of the game’s beginning segments– I found much to like, but also to be wary of while playing on an HTC Vive.

After putting on the Vive headset and getting adjusted properly, Fallout 4 VR provided the exact type of spectacle I imagined as all of the Commonwealth was around me in (nearly) 360 degrees. In the opening section where players first encounter the Minutemen in a tense battle in the streets of Boston, I found myself blasting at raiders and a terrifying Deathclaw, and that feeling that I had playing Fallout 4 came rushing back to me, albeit with a new level of appreciation thanks to its integration in VR. 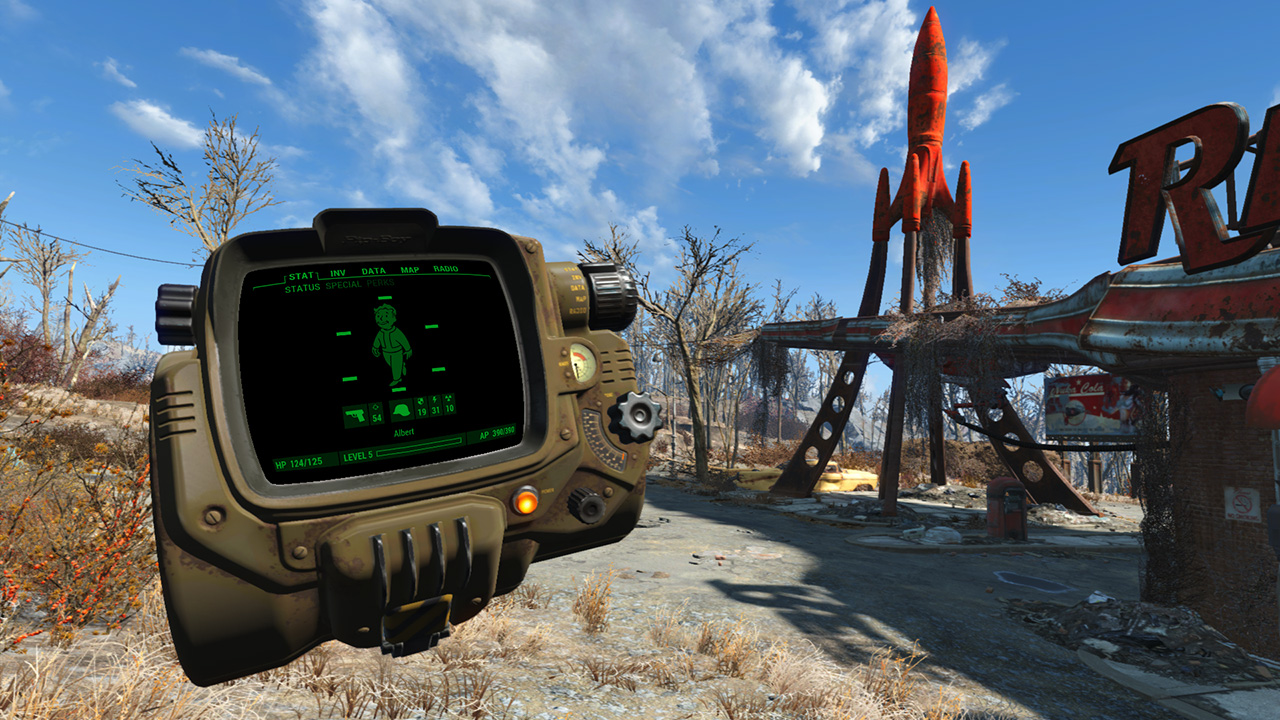 “Fallout 4 VR provided the exact type of spectacle I imagined as all of the Commonwealth was around me in (nearly) 360 degrees.”

Notably, the biggest adjustments that Fallout 4 VR provides are changes to the control scheme and interface. Using the HTC Vive’s motion controllers, one of the coolest tricks that the game threw at me was the ability to use the game’s Pip-Boy by simply raising my left-hand, and using the controllers touchpad and sticks to flick through the Pip-Boy’s menus and interface. Similarly, in my other hand I could raise my equipped weapon (in this case, a laser rifle) and take my enemies head-on, which provided a pretty drastic change compared to the usual shooting mechanics of Fallout 4. The signatures VATS system is also present and can allow players to momentarily stop time to highlight enemies and take more accurate shots, but I rarely found myself using it too often given the more accurate in-game shooting that the Vive headset offered me.

The biggest adjustment I had to come to terms with though in Fallout 4 VR was movement, as I was using the standard movement option rather than the more VR-friendly “teleport” option, where players can highlight an area and have their character magically transition to that spot (and avoid motion sickness). That first option definitely lent itself to me feeling a bit queasy, as I became pretty disoriented pretty quickly as I explored the various ins-and-outs of the Commonwealth, and even more so during enemy encounters where I had to turn my whole body to adjust and see all around me. 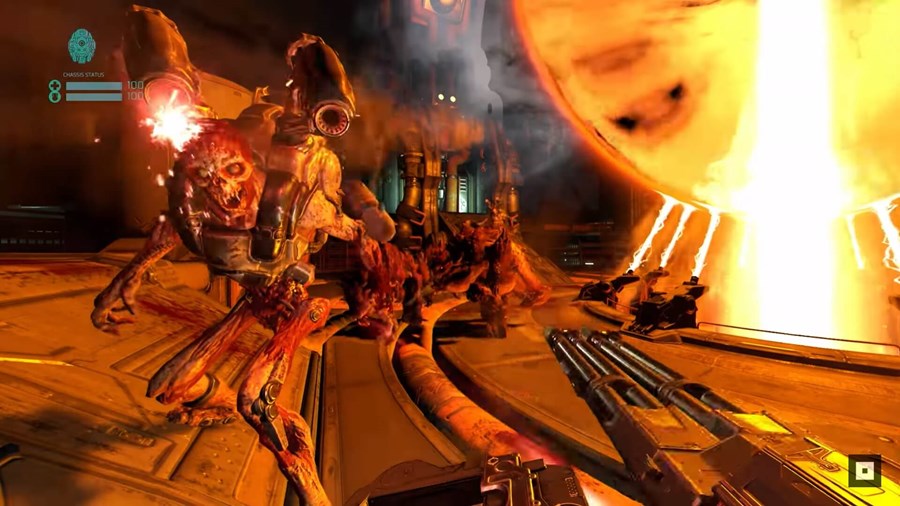 “While DOOM VFR takes some different approaches to gameplay compared to the original release, it still very much feels like DOOM.”

While the massive scope of Fallout 4 VR made me feel it may not be quite as suited to shorter durations of playtime in virtual reality, DOOM VFR gave me a more encouraging look at how bigger, “AAA” game experiences can provide more experiences a bit more tailored for virtual reality.

Taking inspiration from last year’s acclaimed reboot of DOOM, DOOM VFR isn’t a 100% replication of last year’s game in virtual reality. Instead, it is a brand new experience specifically designed for VR, and probably the right call given that the fast-paced nature of the original game would probably make heads spin in virtual reality (and lead to a significant amount of vomiting).

While DOOM VFR takes some different approaches to gameplay compared to the original release, it still very much feels like DOOM. Instead of the free movement for players in DOOM, DOOM VFR instead opts for the “teleporting” movement option to reduce the game’s potential for motion sickness, but ties that into the gameplay in an interesting way. The original game’s signature “Glory Kills” are tied to the teleporting movement system, where players looking to teleport to their next location can slow down time and “telefrag” an enemy that happens to be downed, leading for some wonderfully violent (and bloody) executions while figuring out where to go next.

Almost like a manic shooting gallery, DOOM VFR gave me the gleeful satisfaction of blasting demons in the face with a shotgun or gunning down enemies with a laser rifle with (almost) none of the disorientation that I felt like playing Fallout 4 VR. In hindsight, DOOM VFR gave me exactly the type of shorter duration experience that I might be looking for from VR compared to Fallout 4 VR, and once I came across the massive, skulking demons that towered over me in VR, it really showed me that there is indeed a place for big-budget, “AAA” experiences in a more scaled-down setting for virtual reality headsets and what they can do. 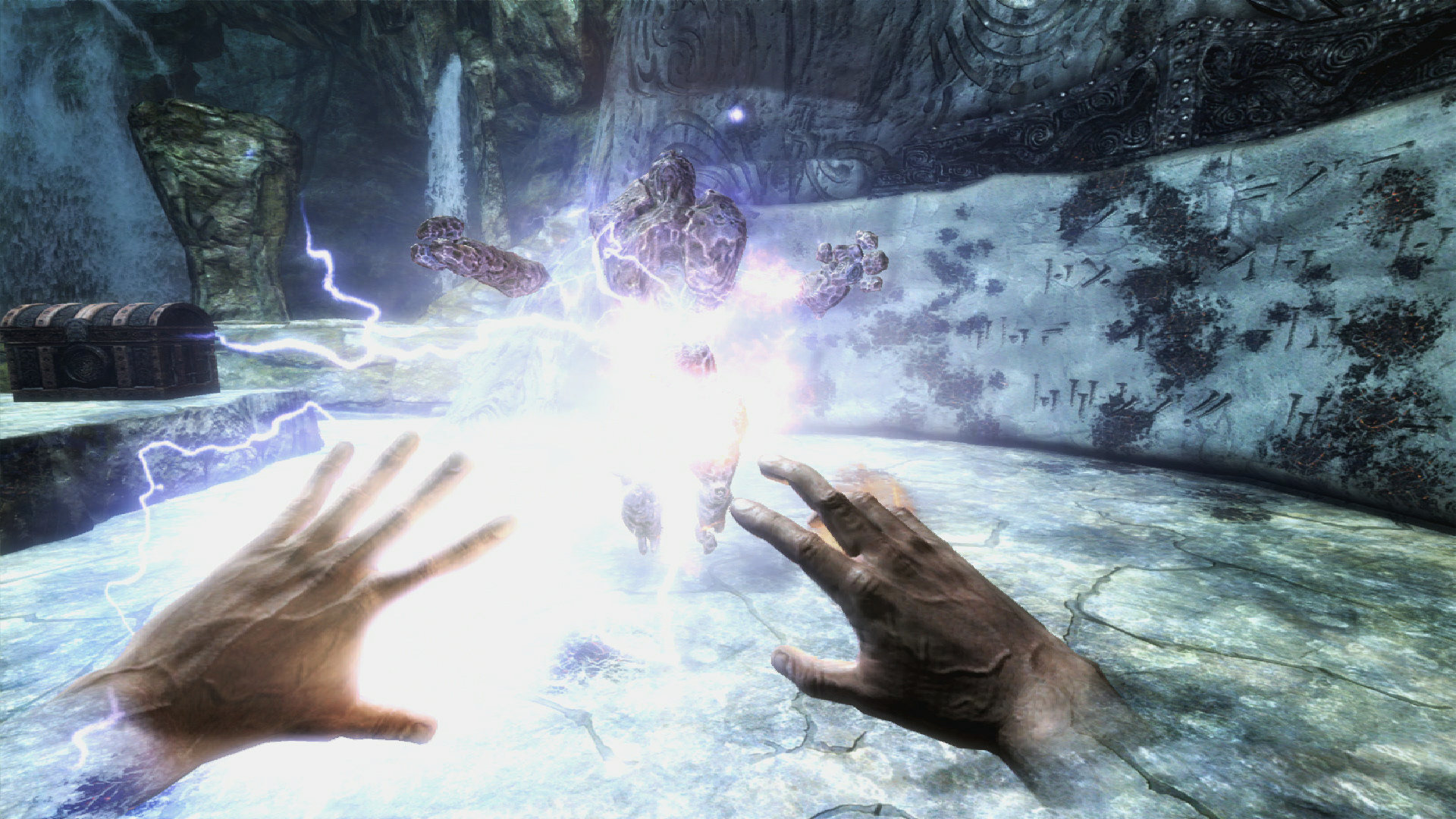 “Virtual reality Skyrim — in theory — sounds amazing, right? Well, in the time I had with the game running on the PlayStation VR, it left much be to desired.”

It’s crazy to think that this November, The Elder Scrolls V: Skyrim will be celebrating its sixth anniversary. In that time, we’ve seen it not just pushed to its visual limits by the community through modding, but we have also seen it release on basically any and all modern platforms available. One of its next ventures, whether we want it or not, will be in virtual reality, alongside the upcoming Nintendo Switch version of the game.

Virtual reality Skyrim — in theory — sounds amazing, right? Well, in the time I had with the game running on the PlayStation VR, it left much be to desired. It’s the first time, in recent memory, that Skyrim unfortunately looked like a six-year-old game. I’m not sure if it’s because game world was strapped to my face, or if it was due to the fact that I just finished playing numerous other new and upcoming (current-gen) titles at the Bethesda showcase. Either way, Skyrim VR isn’t going to win any beauty pageants. 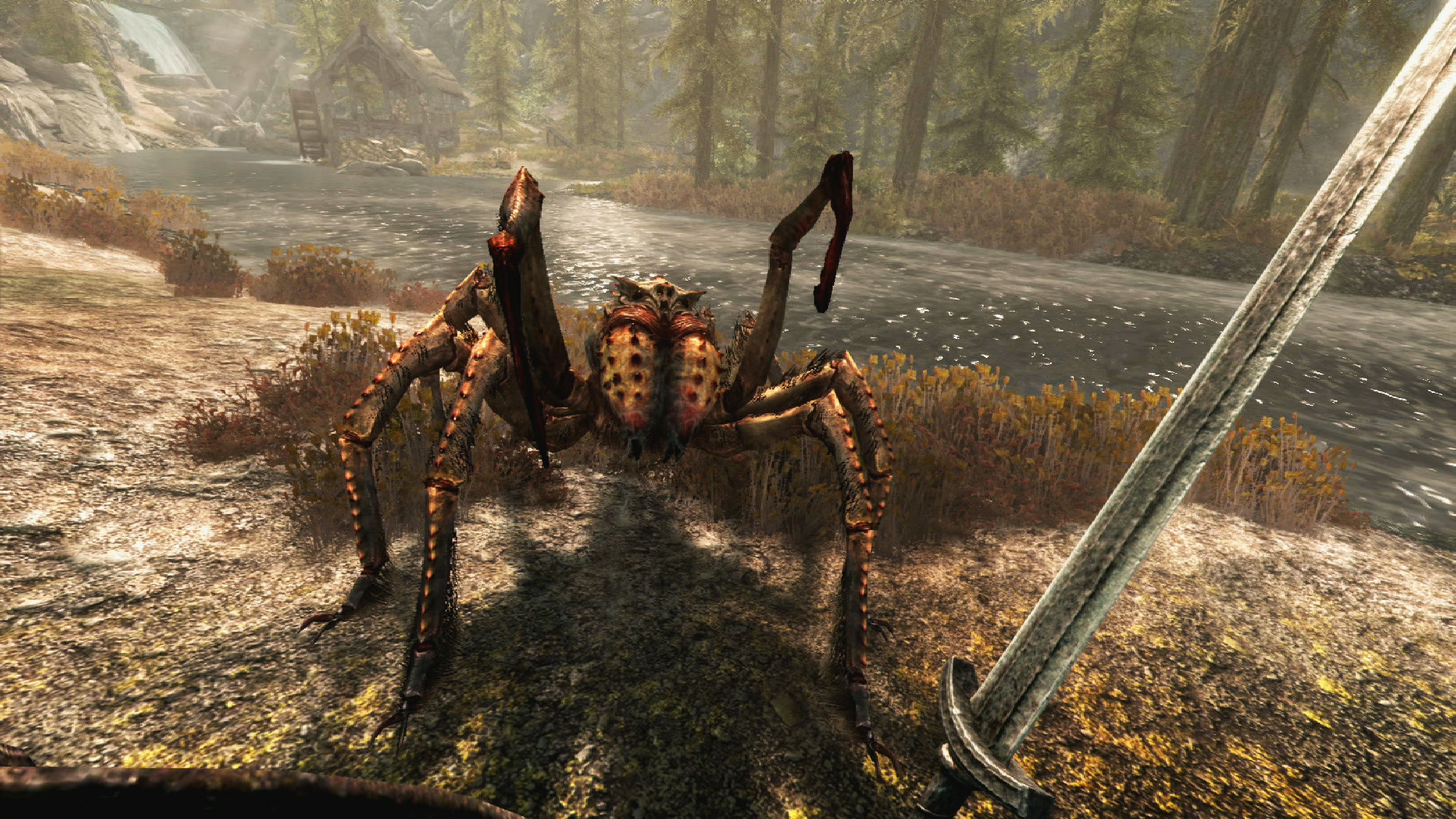 “The idea of ‘Skyrim in VR’ is still very intriguing, and I just might be able to get past its now ‘aged look’ in VR.”

What made things slightly worse was the actual gameplay. My demo featured two PlayStation Move controllers and because of this configuration, the gameplay was set to the “teleport” movement control scheme. While VR buffs have grown accustomed to this kind of movement setup, the combination of the aged visuals mentioned above coupled with the teleportation movement made it feel like I was wearing cement shoes in more of a Skyrim tech demo than a proper game (wherethe VR version of the title is, in fact, the whole game). The representative from Bethesda at our demo did make it a known point that players can also use standard DualShock 4 controller, if they prefer.

Honestly, if it doesn’t come with any of the stiffness of the Move controllers, that may be the best way to have the immersion one would want from Skyrim VR, especially with the gameplay that players fell in love with six years ago. The idea of “Skyrim in VR” is still very intriguing, and I just might be able to get past its now “aged look” in VR, but there’s no way I can picture anyone putting in the same hours and dedication they put into this title using anything but a traditional controller. Which kind of begs the question: why bother with the VR version at all when you can get the remastered version?