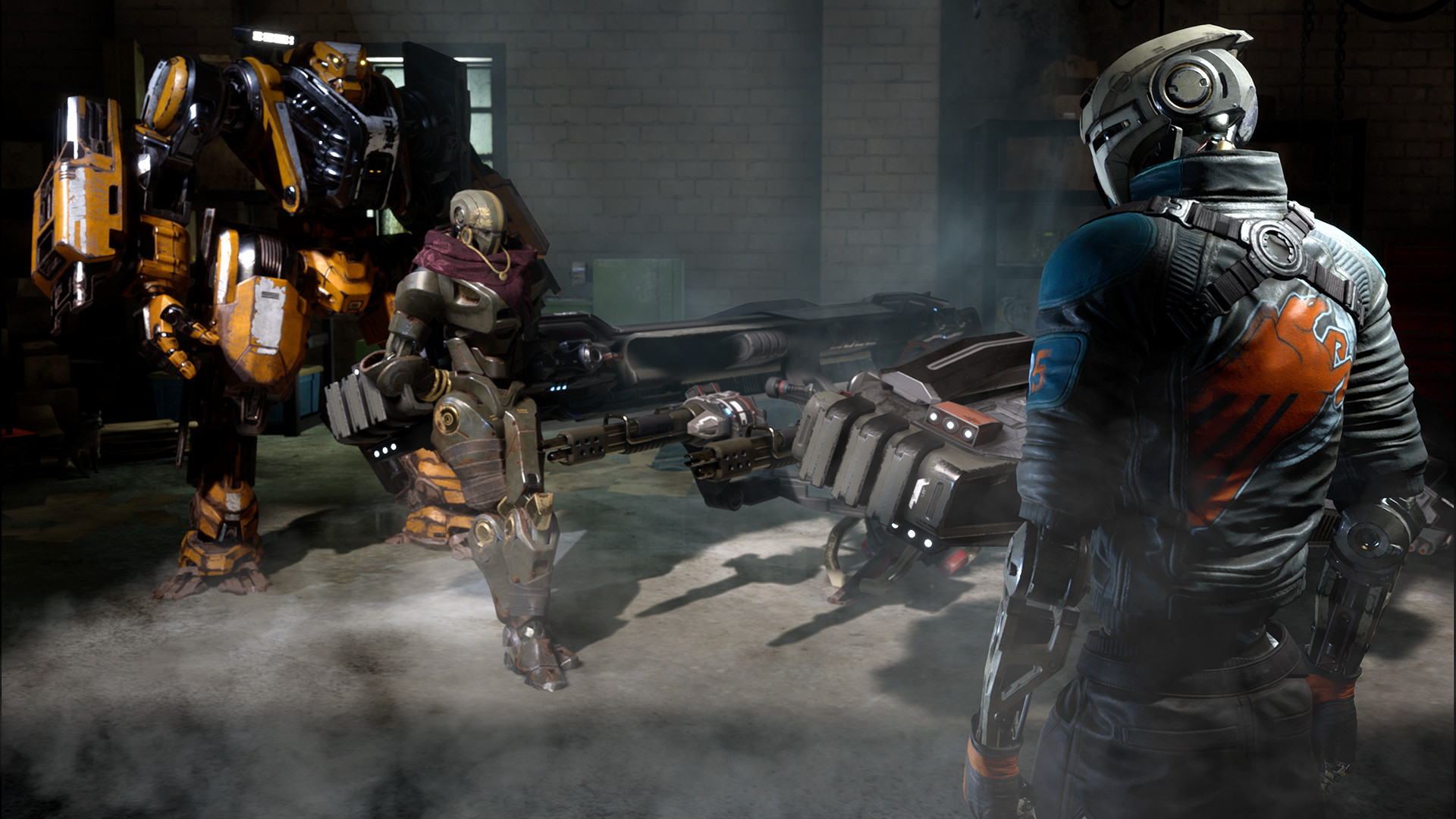 Originally announced at Gamescom in 2019, Disintegration is the first IP from the new studio V1 Interactive. I got to go hands-on with it at PAX West last year, and at the time I didn’t know much about it going into my play session. The key part of the game that I knew outside of what I played was that the project was being led by Marcus Lehto, creative director of Halo: Reach. In a near instant after playing Disintegration, I became enthralled due to it being so different from other competitive multiplayer titles. Since then, Disintegration has become one of my most anticipated titles for this year and still remains that way after playing the recent technical beta.

At this point in my life, there is very little time I put into multiplayer titles because there is only so much time I have to put into gaming in general. I play Apex Legends and Overwatch from time to time and that’s about it, but Disintegration may change that. Being a mixture of a first-person shooter and real-time strategy game, it will take time to adapt to Disintegration’s gameplay and learning what is the most ideal way to play, but I’m willing to invest in it.

Disintegration plays as a half RTS half FPS requiring you to manage the units in your “crew” to set up big plays and wipe out the enemy team. Each crew that you can play as feels like their own unique character, with each having their own role equipped with personal strengths and weaknesses. I have become most comfortable with the Tech Noir crew, which carries a semi-auto rifle cannon and a second gun that heals teammates. The beta gives players access to seven different crews to choose and from my interview with Lead Director Marcus Lehto last October, there are plans in the future to add new crews, maps, and modes. 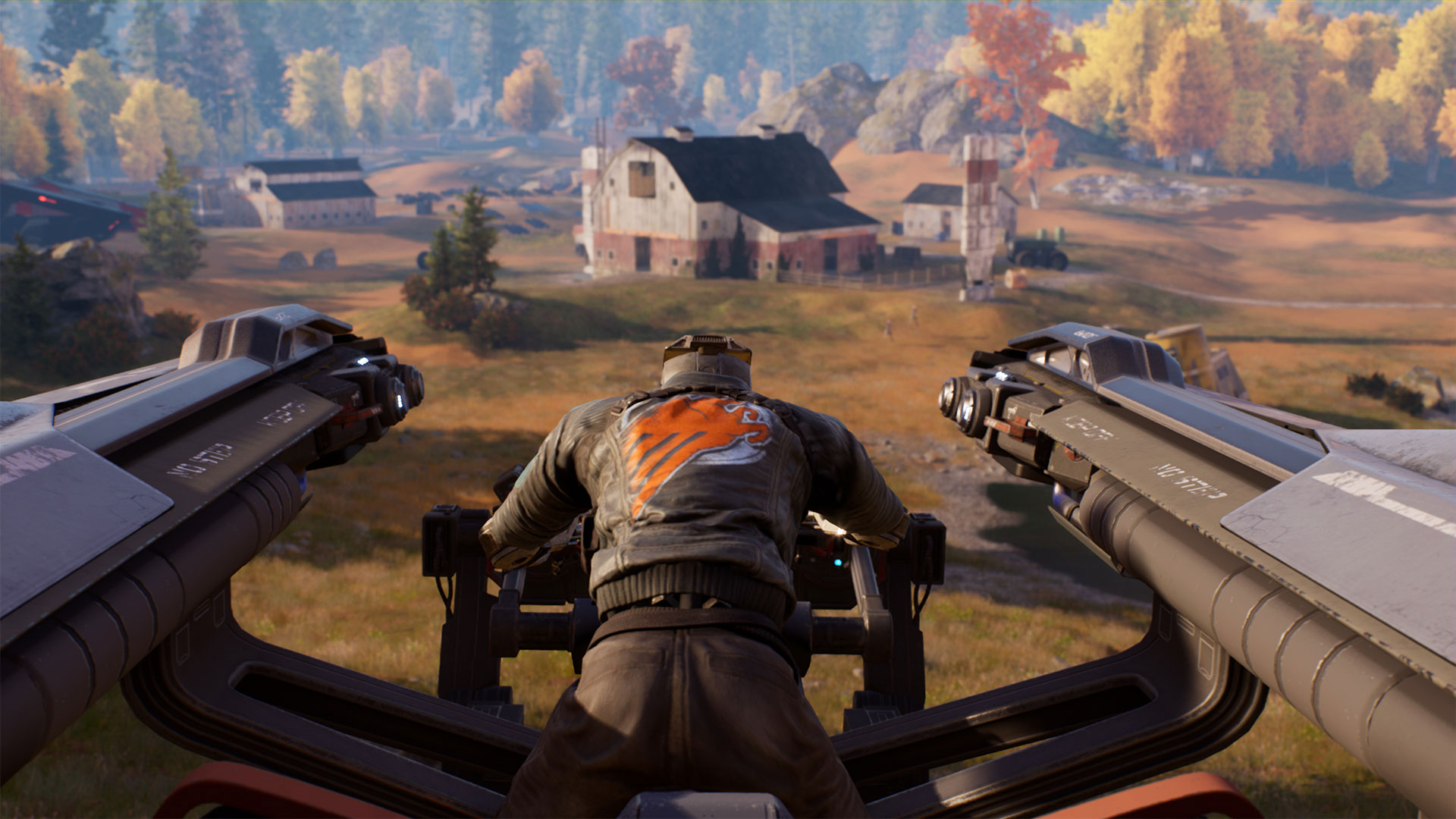 “It will take time to adapt to Disintegration’s gameplay and learning what is the most ideal way to play, but I’m willing to invest in it.”

With Disintegration being a blend of two very different genres, I was surprised to find that its gameplay mixes well, but I did have some technical issues when it came to controlling my crew. Along with the crew leader, crews have units that each have a special ability, but it took me some time to learn how they played. There was more than one instance where I would activate one of their abilities, confirm the location, and nothing would happen. It wouldn’t be until the second or even third time I attempted it where it would finally work, and by that time it was a coinflip on whether or not it was actually worth using the ability, causing me to have to wait around forty-five seconds for it to reset. Granted, this is a technical beta and things can easily change from now until the launch of the game.

Throughout my entire experience with Disintegration, I have only been able to play one type of game mode known as Retrieval where the offensive team tries to collect a core and deliver it to a drop-off point that is defended by the opposing team. It’s a fun mode filled with potential, but I wish there was at least one other mode available to try out alongside it.

Part of how Disintegration stands out to me from other multiplayer behemoths is because, comparatively, few other games have delivered the same type of experience. Mixing the genres of real-time strategy and first-person shooting brings that extra level of strategy that I just haven’t found from other multiplayer games. Making sure you play your role, especially on defense, is really important in Disintegration and kept me invested in helping my crew works its way to victory.

This is also combined with the diverse ways that matches in Disintegration can play out through its more complex elements and features. For example, the gravcycle is an important part of traversal in the game, but will also make you feel the need to focus on other players on gravcycles, which can cost you the match. The ground units in Disintegration are often the most important enemies to take out, because they’re the units that can score for your team. There were numerous times throughout the beta where I focused so much on the cycles that before I knew it, the enemy team scored while I was distracted. It’s this type of game design which makes me hope that Disintegration will have a future in esports and to see how the best of the best will play this game.

Even with the few issues that I have experienced, I can’t wait to go back in and play more of Disintegration. I believe that Disintegration is in good hands and will turn out to be a great finished product. The game’s development team at V1 Interactive is dedicated to their vision and I think it will pay off. Even outside of the multiplayer, we are getting a single-player campaign as well with the possibility of great new exposition and characters, making me hope that Disintegration is the ultimate online multiplayer package.

Disintegration is set to release sometime later this year on PS4, Xbox One, and PC. You can stay tuned on the game’s official website for more info and the next beta test.

The post Disintegration Continues to Be a Breath of Fresh Air for Competitive Multiplayer by Cameron Hawkins appeared first on DualShockers.