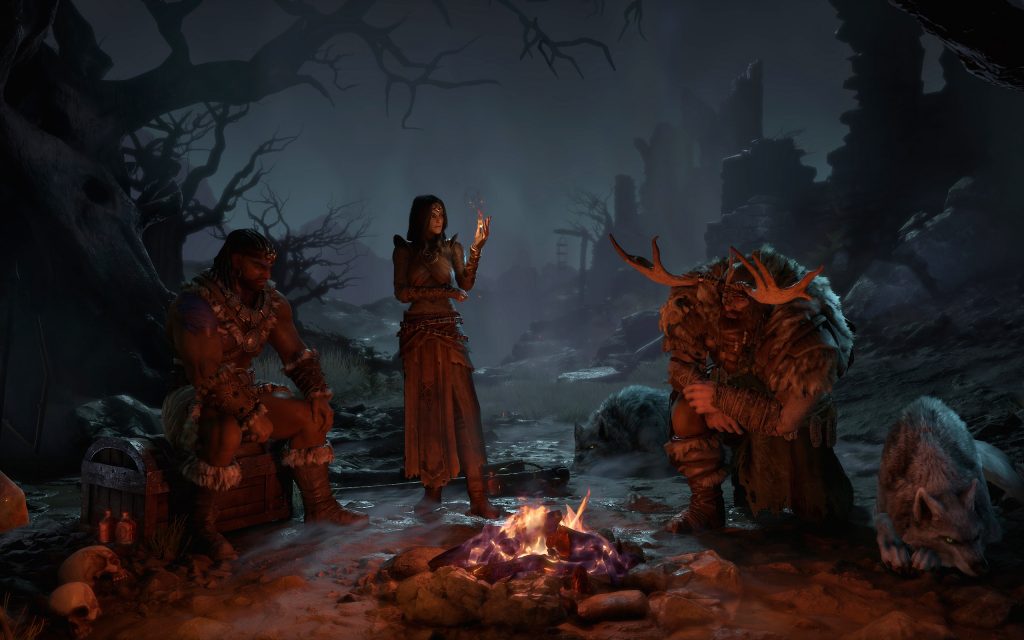 Diablo 4 is an upcoming action RPG from the team at Activision-Blizzard. Recently, the team held an internal playtest that focused on the Dry Steppes region. Given that they did something similar last year ahead of the game’s reveal at Blizzcon 2019, it stands to reason that the original plan for this playtest was something similar. However, with the current state of the world, Blizzcon 2020 isn’t happening. Regardless, the team is using its quarterly report to deliver tons of intriguing details coming out of the playtest. Check it out.

One of the first things on the docket is storytelling. Activision-Blizzard has a few new ways they’re planning to handle delivering their narrative. For most interactions, they want to keep you in the isometric viewpoint you know and love. So, while the camera will zoom in a bit and your character might have more “hand-crafted” animations, you’ll still be seeing everything the same way.

However, for some of the most important story beats, the team is putting in real-time cutscenes. These turn the scene into some more like a movie but happen in real-time. Importantly, that means all your gear will still show up in the scene. It’s a neat effect that should help improve immersion.

The team also spent some time talking about the new open world. Mostly, the focus here was on the camps you’ll encounter while playing. These are not story-related, so you won’t be sent to them by quests. However, once you take out all the enemies at a location, it will be reclaimed by the locals. It lets you have a real impact on the world around you.

Another big thing touched upon is how multiplayer works. As a general philosophy, they don’t want the game to veer into MMO territory. They want the number of players in your game kept relatively low, but still want to make the world feel alive. 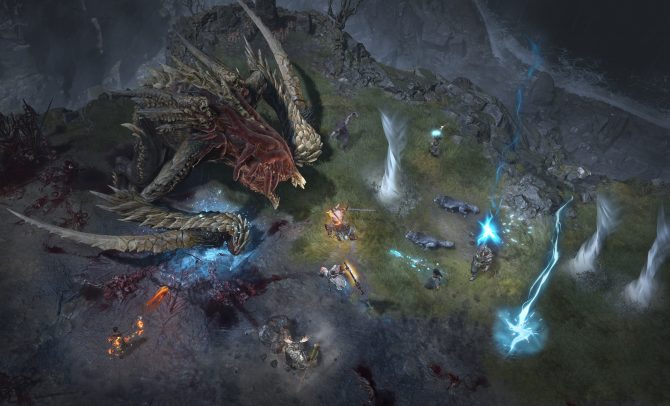 To that end, for big moments (dungeons, story beats, etc.) only you and your party will be there. However, in towns that have been saved, you’ll start to see them more populated. And, if you find yourself taking on world bosses, you’ll have several new friends to help you out. All of this still works even if you play solo. You don’t have to join a group to take down Ashava.

This type of seamless integration of players is something you might experience on a grander scale in a game like World of Warcraft. With cross-realm zones, WoW has made it to where everywhere that should feel populated does. It appears that Diablo 4 is implementing similar tech, at a lesser magnitude to insure something similar happens.

The report also briefly digs into mounts, items, and a few other bits. All in all, it’s pretty exciting stuff. I just came off of a week playing Torchlight 3 for a preview (which you can read here), and lamented the lack of inventiveness. If this quarterly update is anything to go by, it looks like Activision-Blizzard is doing everything it can to push the ARPG space forward.

Diablo 4 is in development for PC, PS4, and Xbox One. It would be a big surprise if it doesn’t also come to PS5 and Xbox Series X.

The post Diablo 4 Report Covers Storytelling, the Open World, and Much More by Ricky Frech appeared first on DualShockers.

NBA 2K21 Cover Features Damian Lillard for Current Generation Platforms
Pokemon Sword And Shield Guide – How To Claim Free Shiny Zeraora
Hitman 3 is “The End of A Journey” For Agent 47
Cyberpunk 2077 to Be Censored in Japan and Uncensored in Australia
Cyberpunk 2077 Will Support RTX Effects, DLSS 2.0, and GeForce Now