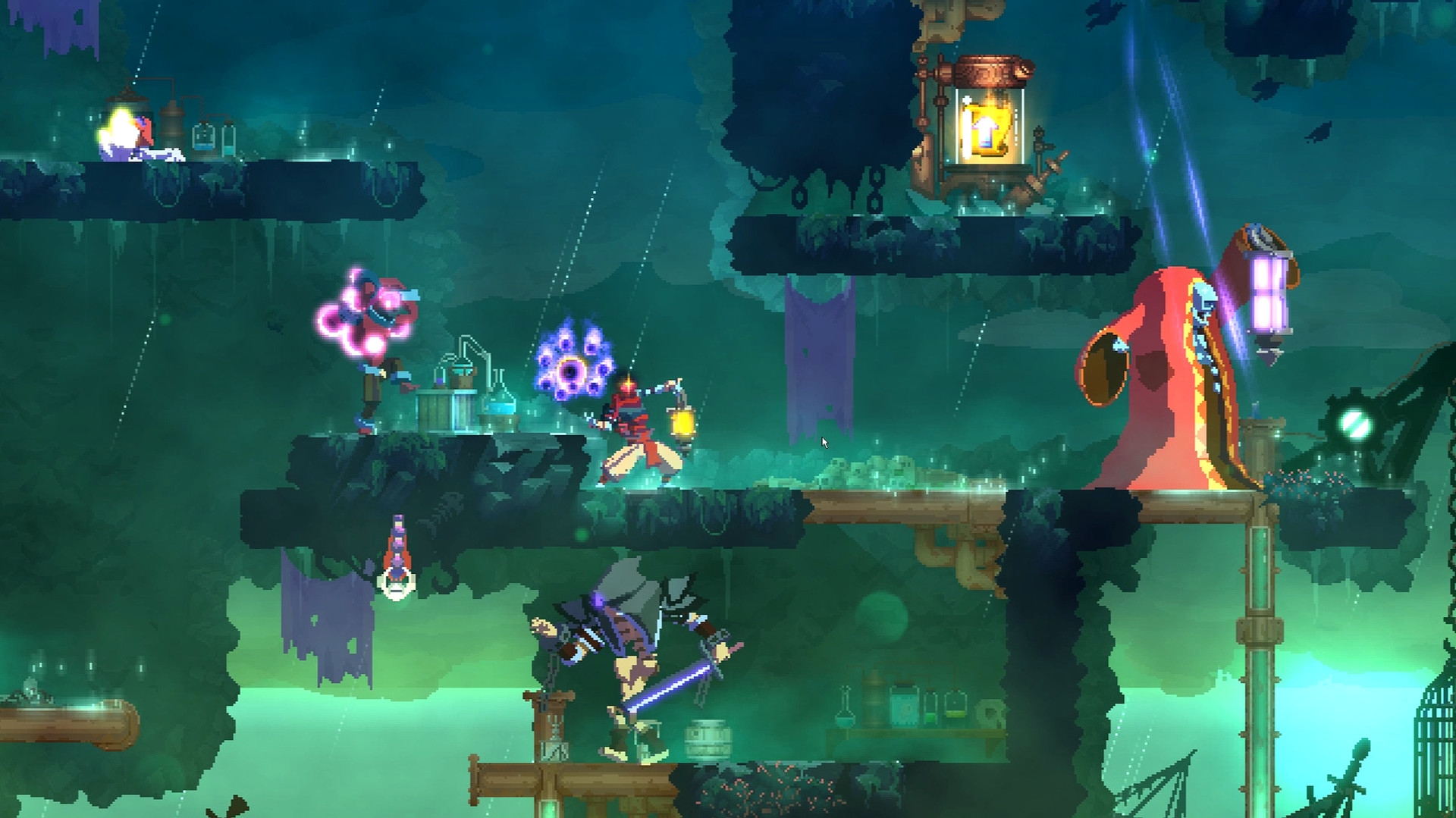 Dead Cells: Fatal Falls is the upcoming expansion to the popular roguelike. We’ve known it’s coming for a while now; however, today Motion Twin finally gave us the release date. Fans won’t have to wait much longer as Fatal Falls drops on January 26. To celebrate, Motion Twin dropped an extended gameplay trailer to show off some of the wild new content you’ll be getting into soon. Give it a look below.

Our Fatal Falls DLC will be released for PC & consoles on 26th January!
Battle through two new levels and a boss while discovering new weapons & enemies. $4.99 or equivalent. #deadcells #gamingnews #indiegame
Check out this gameplay trailer for a taste of what’s to come: pic.twitter.com/lq6QEFDews

Fatal Falls brings a few new biomes to Dead Cells along with a new boss. The two mid-game areas serve as alternate paths to biomes already in the game. The “Fractured Shrines” is full of floating islands and traps. It definitely looks like it will put your platforming skills to the test. Meanwhile, “The Undying Shores” puts you in the middle of a giant storm. While there are a few caves to protect you from the rain, expect to be met with all kinds of weird enemies.

If you haven’t had the chance to play Dead Cells yet, let me just take this moment to tell you to change that. While I think there are better roguelikes out there, it’s an exceptional video game. Plus, there are quite a few people out there who vehemently disagree with my assessment as to the best roguelike. Simply put, this game is great, and I’m not the only one saying that.

Dead Cells is available now on Mobile, Nintendo Switch, PC, PS4, and Xbox One. Fatal Falls comes to PC and consoles on January 26.