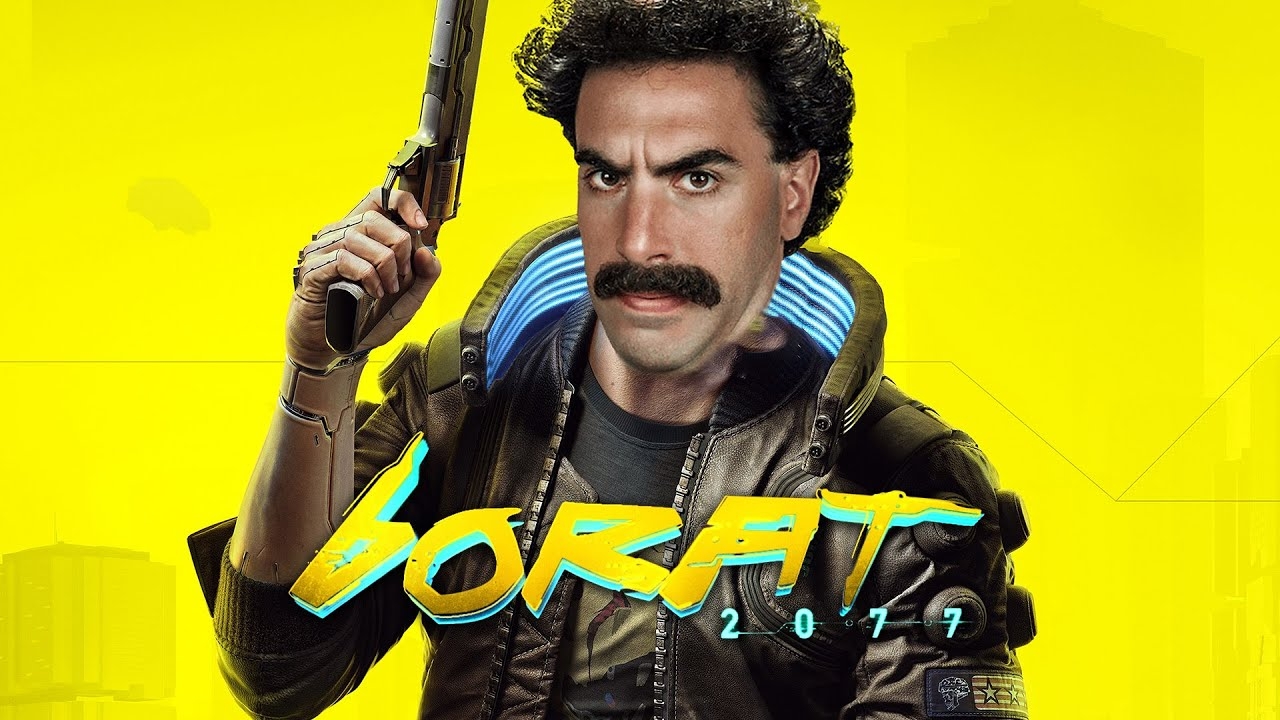 With the game having been out for nearly a month now, Cyberpunk 2077 is already starting to see some fan creations inspired by CD Projekt Red’s massive RPG. Recently we’ve seen a work-in-progress mod that brings third-person gameplay to the title, while some fans are taking a bit more “creative liberty” by introducing some new faces to Night City; namely, the one and only Borat.

A fan video has made its way onto YouTube by Video Junkiee that shows Borat–the Kazakhstani journalist/character played by Sacha Baron Cohen–visiting Cyberpunk 2077‘s Night City. The video cleverly uses pieces of video from the original 2006 film and inserts clips of Borat as he makes his way through the futuristic city in humorous ways.

You can check out the full video below:

Since its release in December 2020, Cyberpunk 2077 has faced a number of controversies in the wake of it having a pretty rough launch. The long-awaited game faced a large amount of criticism from fans for its technical issues, especially for its poor performance on last-gen consoles. CD Projekt Red attempted to quell these concerns by offering refunds of the game on consoles and PC, though that ended up becoming a larger issue when owners of the game faced problems trying to refund the game through either Sony or Microsoft. Sony has even gone as far as removing Cyberpunk 2077 from the PlayStation Store until further notice, with CD Projekt Red bringing updates to the game over the next two months.

Cyberpunk 2077 is available now on PS4, Xbox One, Google Stadia, and PC, with optimizations of the game for PS5 and Xbox Series X|S coming sometime later this year.

The post Cyberpunk 2077 Gets a Visit from Borat in Hilarious Fan-Made Video by Ryan Meitzler appeared first on DualShockers.

Lantern Rite Genshin Impact Daily Gifts – What Are They?
Can You Upgrade the DIE Shockwave in Cold War Outbreak? How Do You Upgrade it?
Hinamatsuri Animal Crossing Items – What They Are and How to Get Them
Is the Black Ops: Cold War Outbreak Zombies Mode Limited or is it Permanent?
BanG Dream! New Switch Game And Anime Movie – Everything We Know