Control’s AWE expansion is pretty much what you could want from an Alan Wake-themed expansion for Control. You have new content for Control, new missions, a new sector to explore with secret areas, a new ability and enemy, and most importantly, new fictional tidbits to find and read/listen to. Then you also have new fiction for Alan Wake fans, what he’s been doing for the past ten years, and where he might be going in the future.

The integration of Alan Wake’s world into Control’s is very well done, as it all just makes logical sense the way it is laid out. Remedy already teased the ways they would adapt Alan Wake’s plot to fit within the fiction of Control in the base game, and AWE follows through on that in some great ways.

Looking through my notes as I was reviewing AWE, most all of them have to do with the Alan Wake portions of the expansion, as it’s really the main draw for anyone who is a fan of Alan Wake and Control. And really, if you aren’t, what are you doing here? Alan Wake is back, communicating to Jesse via the Hotline and the shifting transparent imagery that will often be superimposed while you walk around the newly-opened Investigations Sector of The Oldest House. In the ten years since we last got a good look at him, Wake has grown a beard and is still click clacking away on his typewriter, trying to write his way out of The Dark Place where he was left at the end of Alan Wake, as well as its two additional episodes and standalone entry, American Nightmare.

That latter game is key for a small moment early on in AWE , as we learn Wake is likely being tricked into writing some film script for Mr. Scratch, his evil doppelganger who presents himself as Tom Zane, the poet-now-filmmaker, thanks to Mr. Scratch’s influence and Wake’s reality-warping abilities. Jesse retains her self-aware personality, though she is largely quiet for this expansion save for some comments on Hartman, Wake, and her brief one-way conversations with Langston via intercom. The Board also does not make an appearance, fueling the tension left between themselves and Jesse after the ending of Control‘s first DLC, The Foundation. 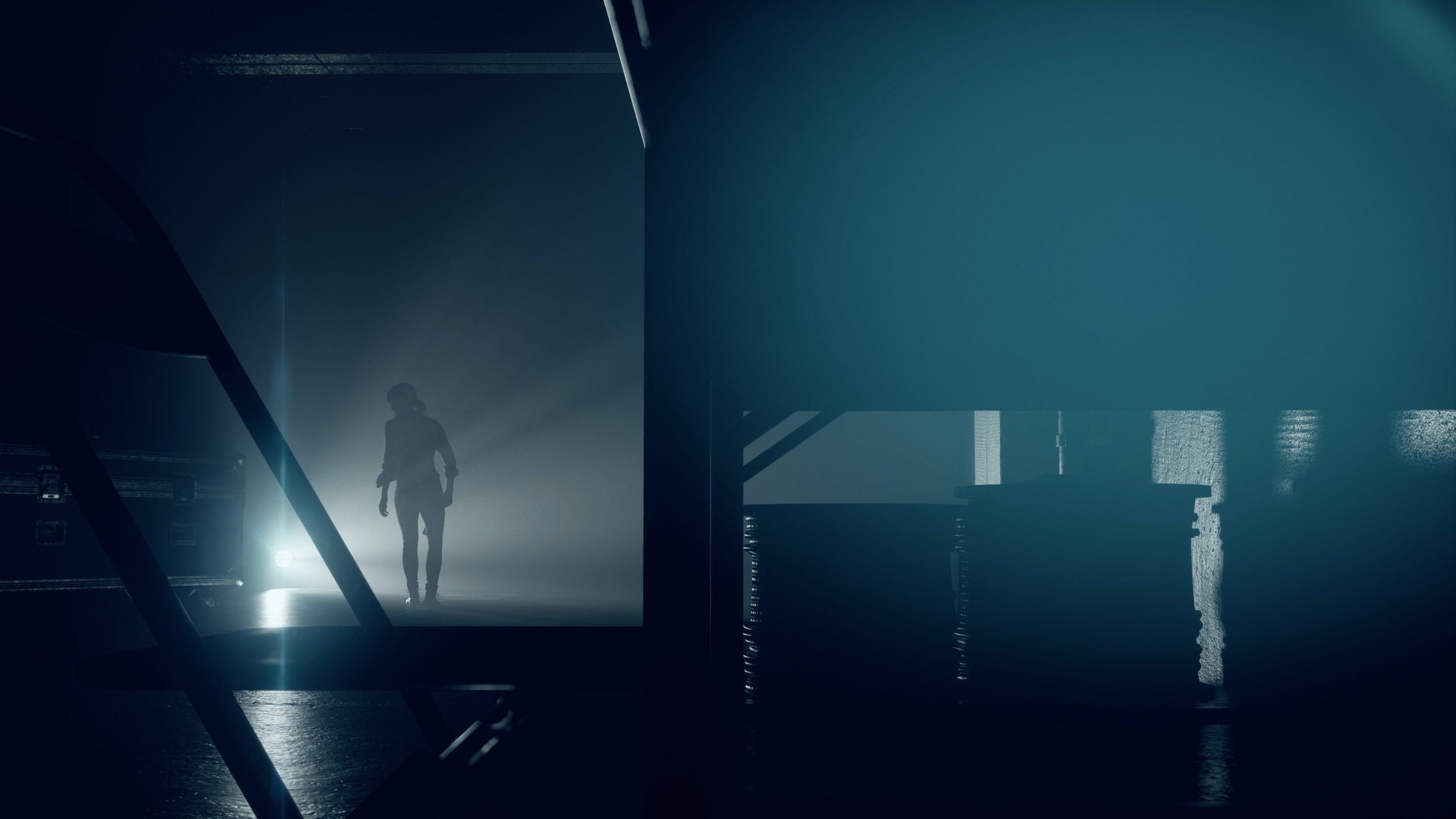 “Remedy already teased the ways they would adapt Alan Wake’s plot to fit within the fiction of Control in the base game, and AWE follows through on that in some great ways.”

Tons of familiar key terms will wash over you as you run around collection files. Alex Casey is an actual FBI agent now, existing in both this game’s reality as a person and character in Wake’s novels. You’ll also encounter a ton of other terms that should come to mind for Alan Wake fans: Alice Wake, Night Springs, shadows, “flare gun” and “Christmas lights,” Bright Falls. Of course, there is also an appearance by Dr Hartman, who was captured by the FBC after his turn into a shadow creature, and has transformed into “The Third Thing” thanks to the Hiss resonance. Hartman is your primary target for the main plot thread of the expansion, as you travel from place to place flushing him out with bright lights until the ultimate confrontation, which is quite tough. Hartman’s design is super creepy, enhanced by the shadows he occupies, and his first appearance was definitely a jumping-in-my-skin reveal.

Just as in Alan Wake, lights are an important feature in AWE. You will need to telekinetically grab a light source on occasion to burn your way through clumps of living shadow, which now look much more organic than they did in Alan Wake. You’ll also need to locate and apply the familiar power boxes to activate light sources while avoiding Hartman’s attacks from the shadow in very large dark rooms. These sections are tense puzzles, as you have limited light sources to stay safe within and frequently are forced to make speedy journeys into the darkness to retrieve and apply the next power box.

Apart from those key moments and the occasional side mission to clear out shadow like you would have mold, the light and shadow mechanic of Alan Wake doesn’t see that much use in AWE. Given that I don’t think Remedy wanted to give Jesse a flashlight alongside her Service Weapon and just repeat what they’ve done before, it seems like a serviceable adaptation of that mechanic overall. In AWE, it’s impressive how Remedy adapted the style of Control with that of the black and white, light and shadow style of Alan Wake throughout the expansion. When not lit up, the darkness is impenetrable, which really adds to the fear of being caught by Hartman when in it. That’s not to say the usual bold colors of Control don’t appear, but the way they handle being in the light versus being in the dark and the ability to hide things in the shadows is impressive. 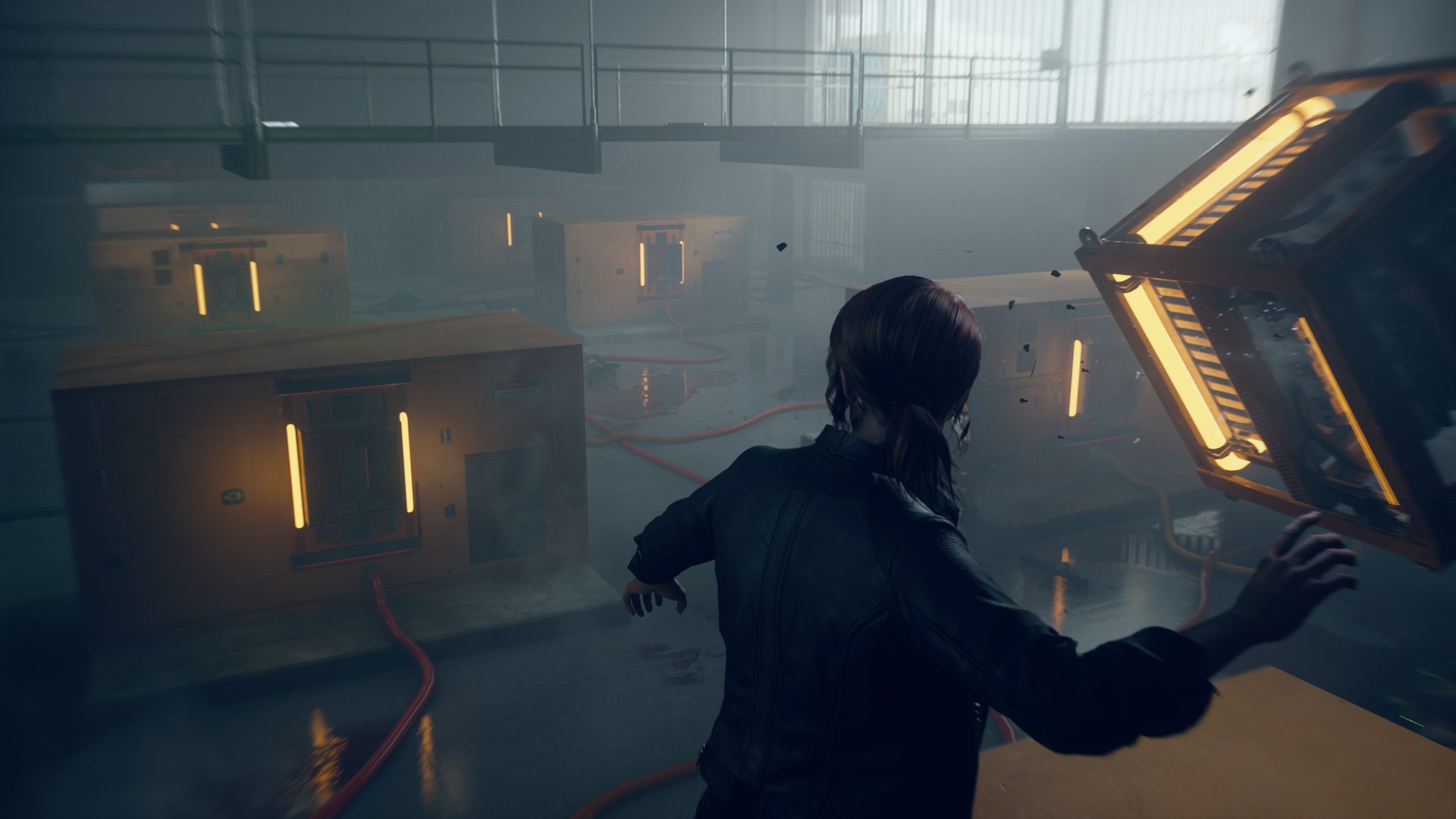 “In AWE, it’s impressive how Remedy adapted the style of Control with that of the black and white, light and shadow style of Alan Wake throughout the expansion.”

Where AWE and Remedy excel is in integrating the fiction of Alan Wake into Control. Bright Falls was just another AWE event, although it was unique enough for the FBC to dedicate an entire section of the Investigation Sector to it and the (failed) containment of Dr. Hartman. As is usual with Alan Wake, more and more questions have been introduced than answered. Is Control just a story written by Wake to escape The Dark Place? Pieces of a spec script he wrote for the Night Springs show appear to have either foreshadowed, prophesied, or spurred into existence the inciting incident for the main conflict of Control.

Also like usual with Alan Wake, its meta-commentary on Remedy themselves returns. Just as Wake/Remedy left Alex Casey/Max Payne behind, they also needed to relearn, redo, and rewrite their work on an escape/sequel in the interim time. More so than the base game and The Foundation expansion, AWE sets up a lot of things that won’t pay off for quite some time. Each of Control’s pieces: the base game, The Foundation, and now AWE, each have their own set of loose threads and completed arcs, though AWE might have the weakest in terms of completed arcs. This is more than made up for in terms of what new information you get on Wake, as well as just hearing his voice and narration again. However, this will test some fans in terms of how much you’re willing to put up with a story that has a lot of set up and little to no payoff, especially considering the final conversation.

A smaller thread throughout the expansion adds some more layers into the inner workings of the FBC, dealing with the ethics of the bureau’s practices. Some audio reminders you find reinforce the brutality of working for the FBC, such as how “time is not subjective” and additional hours worked due to reality warping events and excursions in other planes won’t count towards overtime. This thread doesn’t really have an end; it exists more as further reading material to add depth to the FBC itself, but it feels in line with Control‘s excellent world-building and environmental storytelling.

Following that up is the writing on the end of the Investigations Sector, after its leader Kirkland resigned in protest following the lack of resources and space given to them following Hartman’s escape and massacre. Another thread focuses on a paracriminal organization, existing only in theories and possibly creating altered items through tragic events, such as a series of train accidents. The keyterm “Blessed” also reappears in files, certain to fuel more theories and connections within the online groups for fans of the Remedyverse. The players/readers are acknowledged in the meta-commentary of Wake/Remedy as well, leaving things implied and unspoken for us to put together ourselves in order to make it real. 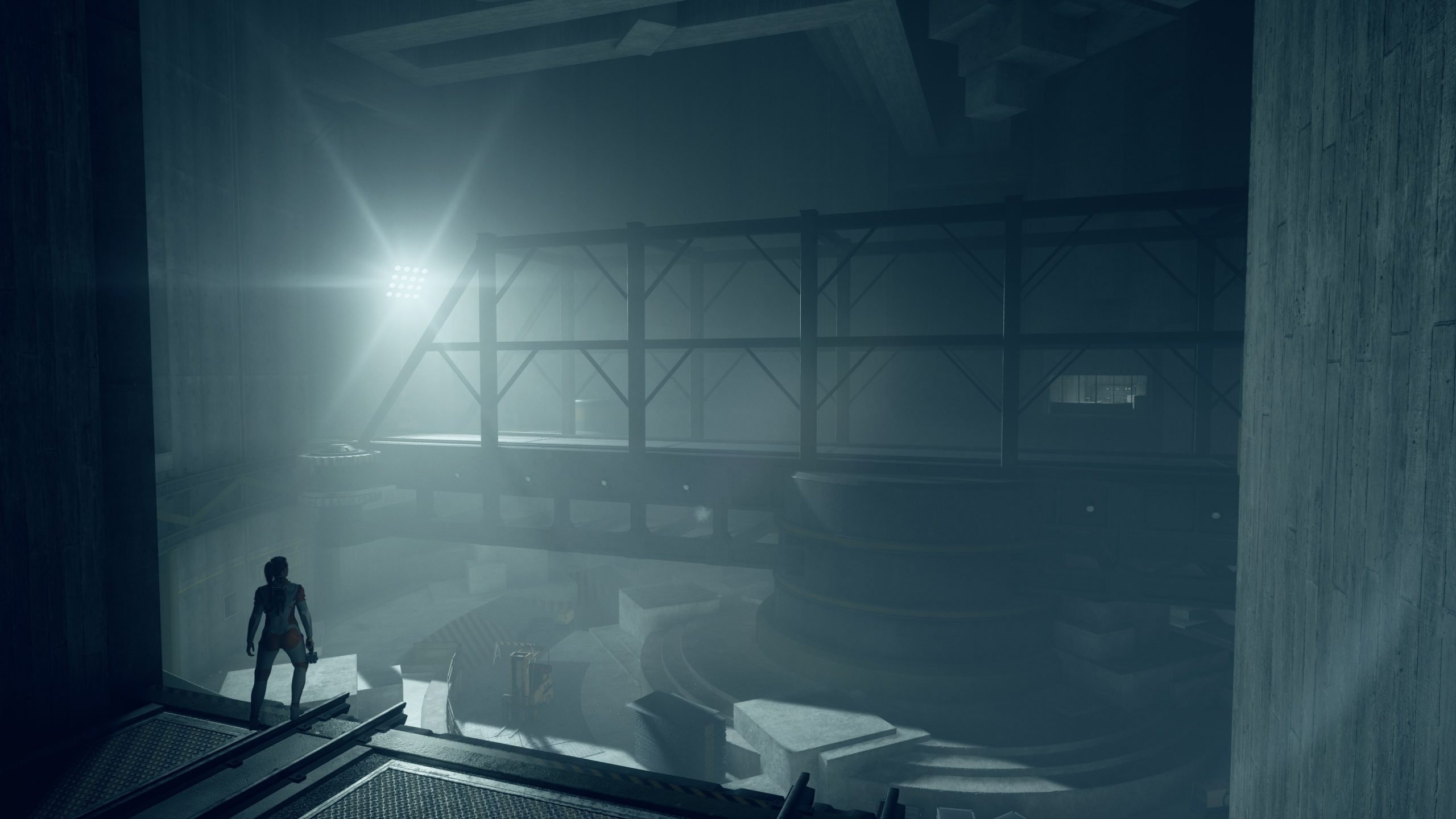 “AWE is great as an Alan Wake fan, good as a Control fan, and all you could want in terms of getting excited for what is next with Remedy and their connected universe.”

There is also a good amount of humor throughout AWE. Langston appears in voice to ramble on and on about whatever’s on his mind in a way that is intended for you to leave in the midst of his dialogue, only to return to hear him still going when you eventually circle back to the central hub area. One audio interview I discovered is of an online film reviewer who lives in his parent’s basement and gives obscure films good scores so he can appear cool and attract listeners. A side mission has you forwarding a chain letter and speaking to an alien prisoner who can only use randomized words to form sentences. Wake’s spec script for Night Springs including a “nerdy scientist” is an obvious reference to Dr. Caspar Darling, the lovable head of research from the base game who is also played by Alan Wake’s actor Matthew Porretta.

As for new gameplay additions in AWE, you have the “Shum” arcade game, your gateway to a horde mode where Jesse has to fight against seemingly endless waves of Hiss enemies. There is now a floating Hiss ranger who uses conventional weapons to shoot at you instead of slamming or throwing objects like the other floating enemies. A new ability–which is quite expensive but worth it–is Multi-Launch, which allows you to gather and throw up to three objects, and more importantly allows you to recover energy while holding the objects. You get a handful of side missions to supplement your main mission content, the usual janitorial clean up of shadows and mold, watering plants, and dealing with another altered item. Optional puzzles appear which are never too challenging but still rewarding to solve, much like the combat scenarios. The real challenge comes in finding every little secret area scattered throughout the expansion’s new location. AWE will likely take up a good weekend of playtime to wrap up fully, especially to find all of its hidden story revelations.

AWE is great as an Alan Wake fan, good as a Control fan, and all you could want in terms of getting excited for what is next with Remedy and their connected universe. Hearing Porretta narrate in Wake’s voice is priceless, and while the light mechanic from Alan Wake is surface level-adapted, its fiction being integrated into Control is really where anyone’s attention should be, and it excels in that regard. AWE is another fine addition to Control and includes all the factors that make it great, and serves as another finger pointing towards the mysterious future of Remedy and their work.