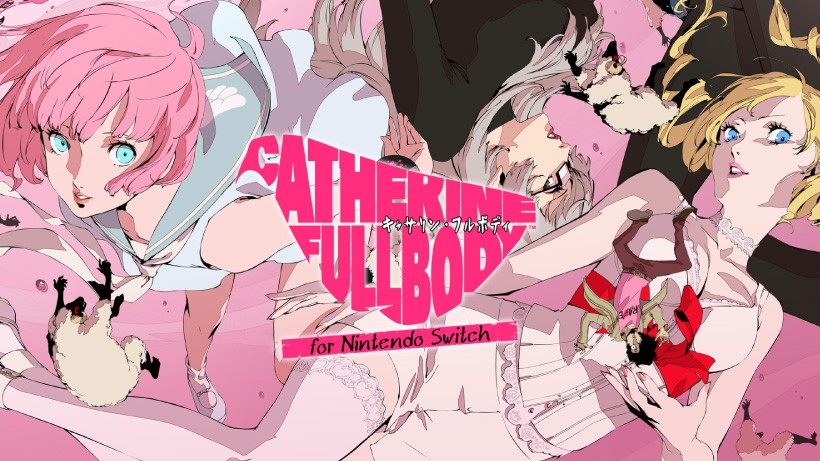 In the March 26 Nintendo Direct Mini, Nintendo, Sega, and Atlus announced Catherine Full Body will be releasing on Switch on July 7.

Back in February, Catherine Full Body was rated on Nintendo Switch in South Korea, so the game’s Switch port doesn’t come too much as a surprise.

This is also nice as now players outside Japan will be able to try out Catherine‘s enhanced version in portable. Catherine Full Body launched in Japan on February 14, 2019, on PlayStation 4 and PlayStation Vita, but the Vita version was canned outside Japan.

If you haven’t heard about Catherine before, in a nutshell, the players control Vincent, a dude who ends up cheating on his girlfriend and is also having nightmares in the form of a cool puzzle game. It’s basically a mix between a visual novel and puzzle game. Full Body is an enhanced version of the game with a new character and new story elements. The game also has its dedicated community doing tournaments on the puzzle game parts.

The game will be available a little bit earlier in Japan on Jule 2. A brand new artwork was also published for the occasion.

The game’s announcement trailer is included right below.

Nier Automata Bursts Into Animal Crossing With Fan-Made Cosplay
Disc Room is a Frantic Hellscape That I Can’t Get Enough Of
Animal Crossing: New Horizons Re-Imagined as a JRPG in This Awesome Poster
DualShockers’ Favorite Comforting and Relaxing Games
Disco Elysium’s Japanese Rival Gnosia is Coming to Switch