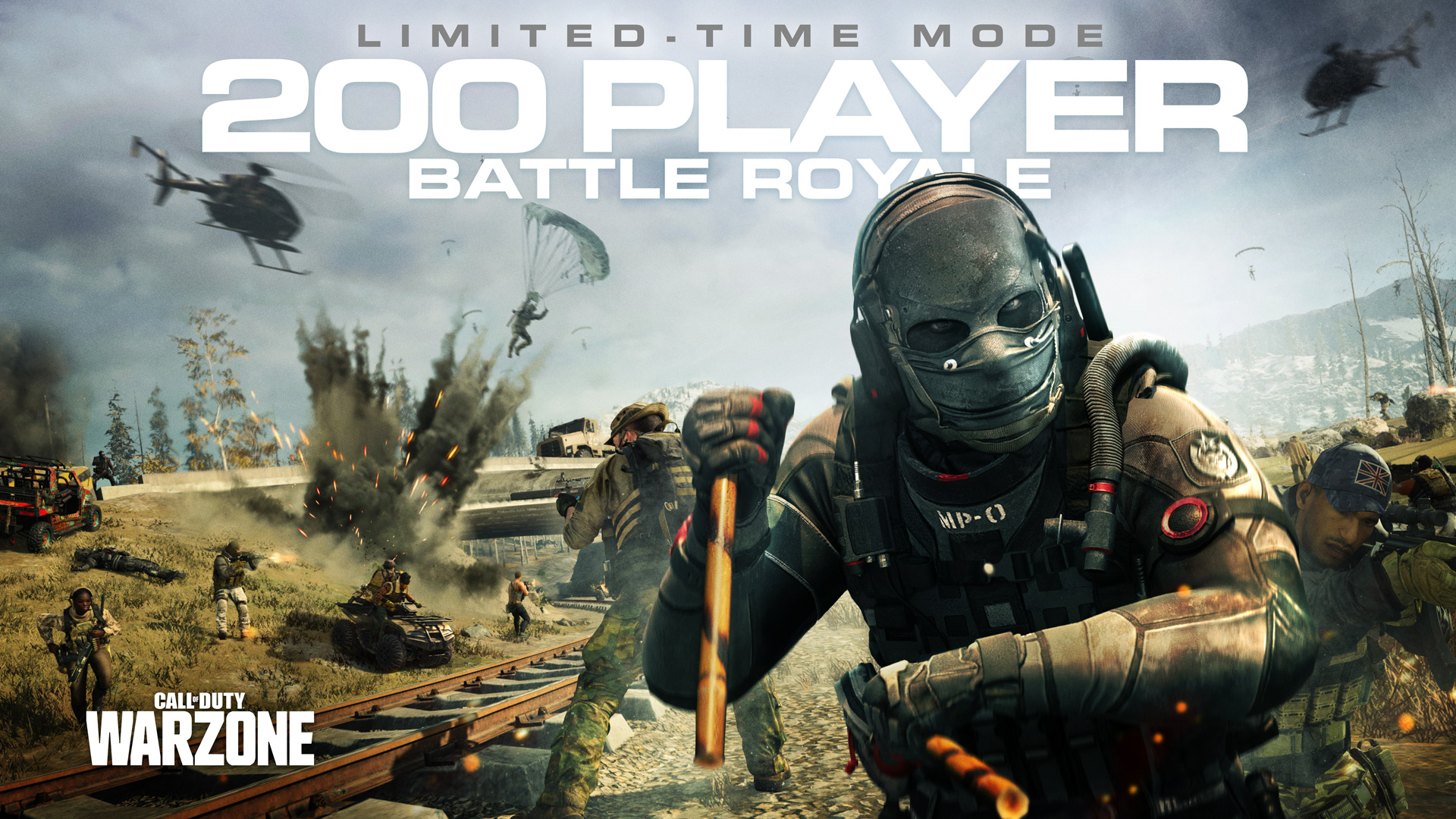 It’s been rumoured for a while now, but Activision today confirmed that 200 player Warzone matches are inbound and are coming incredibly soon.

Announced this afternoon through Activision’s official Twitter account and a blog post, Season 4 Reload contains a range of changes and is dropping at 11PM PDT this evening. According to the post, the updates announced will “fundamentally change the battle in Verdansk.”

Among those updates is the much-anticipated 200 player Battle Royale mode. The mode, an increase of 50 players from standard matches, is only available in quads for a limited time and will pit 50 teams of four against each other. The incredibly popular free-to-play game, which hit 60-Million players as far back as May, is known for its hefty updates and this one is no different, confirmed to be clocking in at approximately an additional 22-30GB.

Other changes detailed in the update include a new weapon – the Rytec AMR sniper rifle. It’s described by Activision as a “.50 caliber-chambered beast.” Other additions include a new item called the Spotter Scope also allows you to scan the area without the traditional sniper rifle glint and a new Operator, Roze.

That’s not all, however, as included in the Season Four Reload is another limited-time mode – Juggernaut Royale. Juggernaut Royale offers players the chance to find Juggernaut care packages in Verdansk which will no doubt destroy opponents and help to gain the upper hand.

Call of Duty: Modern Warfare fans are also shown some love with a new multiplayer map titled Cheshire Park and a new game mode Team Defender, which works similarly to Capture the Flag.

With Season 4 now in full swing, it’s great that Activision is giving players this content to help keep things fresh, and ultimately sell a few more Battle Passes. It will be interesting to see if it sticks around. Warzone is available now for PS4, Xbox One, and PC and you can read our review here.

The post Call of Duty: Warzone Season 4 Reload to Include 200 Player Matches by Sam Woods appeared first on DualShockers.

Dead Cells Has Sold 3 Million Copies, New Update Released
Hyper Scape Creative Director on Creating a “Game as a Spectacle”
Fortnite Introduces Captain America Skin Ahead of Independence Day
Okami Gets New Fashion From SuperGroupies
Ori and the Will of the Wisps Devs Talk Potential Sequel and Switch Port