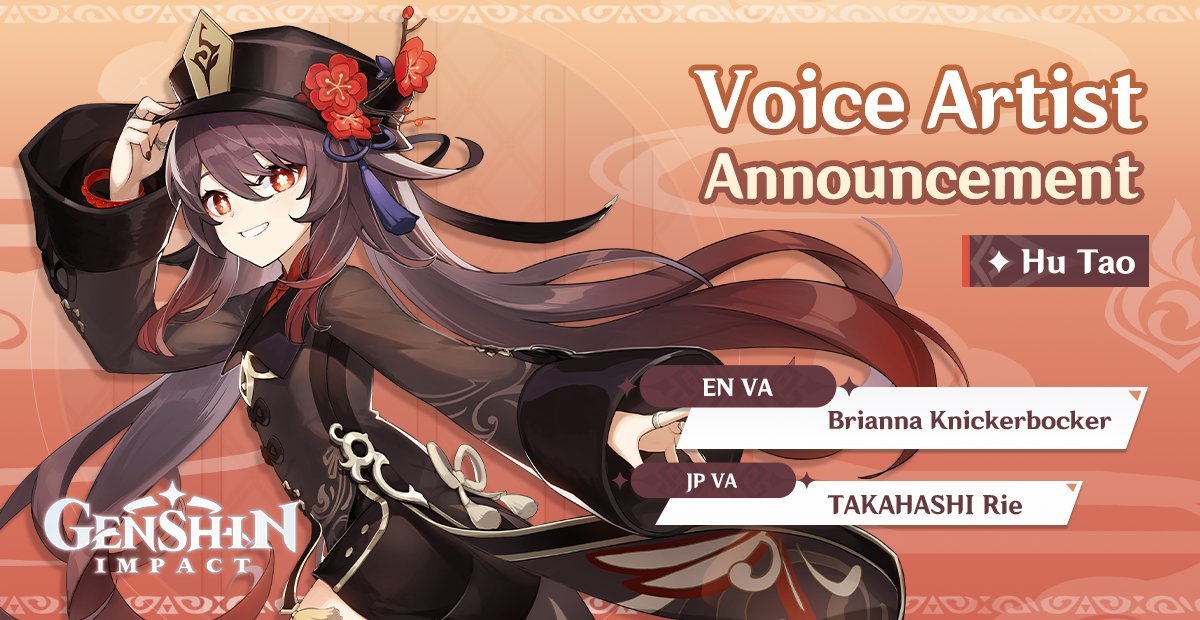 Rem in Re:Zero Starting Life in Another World

Brianna Knickerbocker is the English voice of Rem in Re:Zero, the Isekai anime series by Tappei Nagatsuki. Rem is probably the most iconic and popular character of Re:Zero, above main heroine Emilia. Re:Zero is by far one of the most popular anime of the Isekai boom, so this is definitely a role that will or already showed you how talented Brianna Knickerbocker is. Lastly, it’s also interesting to note Hu Tao’s Japanese voice Rie Takahashi voices Emilia in the Japanese version of Re:Zero. Wiz in KonoSuba: God’s Blessing on this Wonderful World!

KonoSuba is yet another anime series part of the Isekai boom. The mix of comedy + fantasy originally written by Natsume Akatsuki is incredibly popular worldwide. In the English dub, Brianna Knickerbocker voices Wiz, the lich and magic items shop owner who regularly interacts with Kazuma and co. Again, this is a fun choice in parallel to Hu Tao’s seiyuu, Rie Takahashi, who voices Megumin. Again, miHoYo sure knew what it was doing.

She walks the line between life and death, shouldering responsibilities unknown to most mortals.

Be careful around Hu Tao, lest she leads you by the nose!#GenshinImpact pic.twitter.com/rN8LpjybGd Demon Slayer: Kimetsu no Yaiba, with its movie Mugen Train, literally became the most successful anime of all time in Japan so this is an obvious choice. Brianna Knickerbocker voiced Kanao Tsuyuri in the English dubbed version of the first season, aired in 2019. Aniplex and CyberConnect2 are also working on a Demon Slayer fighting game, and Kanao might end up being one of the playable characters. So far, the confirmed characters are Tanjiro and Nezuko, Inosuke, Zenitsu, and Giyu. Ys VIII: Lacrimosa of Dana is definitely one of the best action JRPG there is. And your fond memories of Adol‘s latest shipwreck incident should be thanks to Brianna Knickerbocker’s performance as Dana if you played the game with its English dub. This is another lead role for the voice actress, as Dana is the protagonist of Ys VIII alongside Adol Christin, and pivotal to the game’s story. NIS America recently localized the latest entry of the Ys series, Ys IX: Monstrum Nox on PS4. The game is also coming to Switch and PC later in 2021. Kumoko in So I’m a Spider, So What?

This has been an absolute dream role, I hope you adore Hu Tao as much as I have Working with @ChrisFaiella has been amazing. #GenshinImpact @GenshinImpact pic.twitter.com/kj6eybXmrv

Personally speaking, as a french otaku/weeb/whatever you wanna call it, English isn’t even my first language so I’ve always preferred Japanese dubs. With that said, miHoYo is bringing precious talent to the English cast of Genshin Impact. And players who prefer the English dub have a lot to look forward to when Hu Tao will be added to the game.

Genshin Impact has updates every six weeks. Version 1.3 was launched on February 3, so Version 1.4 might be coming around March 17. Keep in mind however that miHoYo did not announce a date yet for the Version 1.4 reveal stream and there are only leaks going around. miHoYo did not reveal the release date of the gacha banner for Hu Tao yet either. Though extremely likely, we’re not even officially sure yet if Hu Tao will be among the new characters of Version 1.4.

If you’d like to start thinking about how to build Hu Tao, you can check our quick guide for the Staff of Homa, a five star weapon that would definitely fit her.

Genshin Impact held a special event with KFC in China. Be sure to check the latest live wallpaper for Lumi N0va as well.