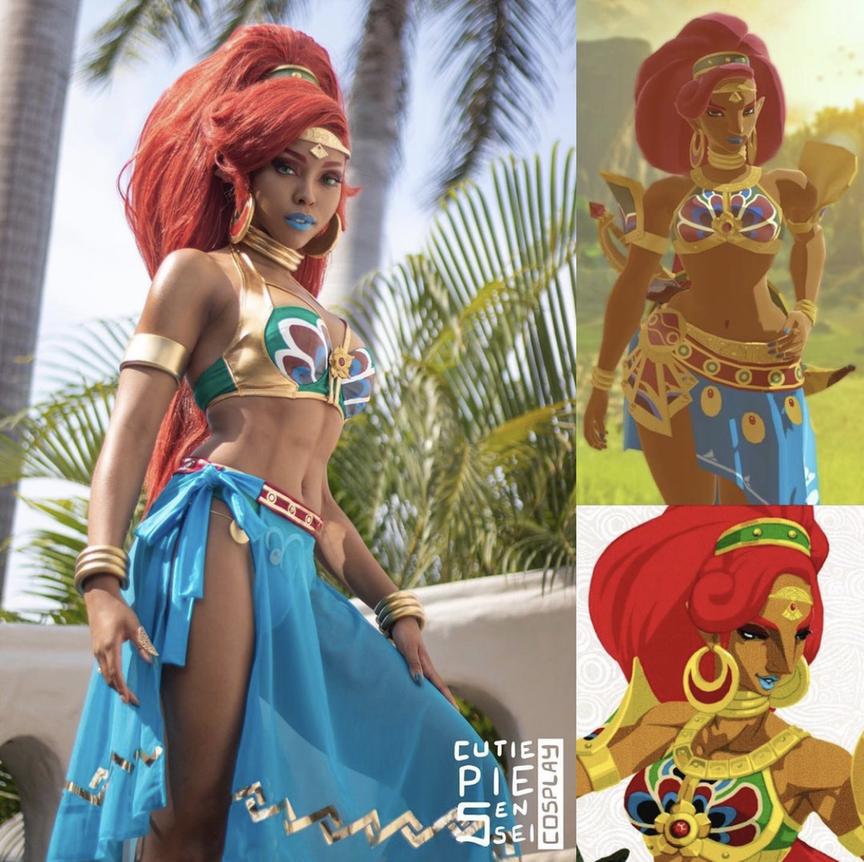 “A hundred years in the making. Hold on little princess, our moment has arrived! – Urbosa, Breath of the Wild.

As if you need to me tell you this, but The Legend of Zelda franchise has been a huge hit for Nintendo since 1986. It appeared initially on the Famicom Disk System and ever since fans just can’t get enough of the title.

According to a report last year, since the Breath of the Wilds released in 2017, it has, unsurprisingly, be on the top ten list of the best-selling Nintendo Switch titles. Fans of the Zelda universe will always have plenty of merchandise to pick up and, of course, the world of cosplay love nothing more than stepping inside its existence.

Artist and cosplayer CutiePieSensei adores dressing up as many of her favourite Marvel, Disney or gaming characters as possible. This time, she takes on The Legend of Zelda: Breath of the Wild‘s Urbosa in a cosplay that’s almost too perfect for words.

Urbosa, otherwise known as Lady Urbosa, Gerudo Champion of Hyrule or Chief of the Gerudo, from The Legend of Zelda: Breath of the Wild was the Gerudo Chieftain of her people, governing from Gerudo Town. She was close friends with the Queen of Hyrule, Zelda’s mother, before her death and took on a motherly role to her daughter.

When King Rhoam and Princess Zelda called upon the Gerudo for aid in the coming battle against Calamity Ganon, Urbosa offered her sword immediately and agreed to become the Gerudo Champion, and pilot, of the Divine Beast Vah Naboris.

The brilliant and multitalented CutiePieSensei shares a video of the lengths she went through to obtain this Urbosa cosplay by flying to another country and also hand-making the entire outfit herself after she was told that a bikini can’t be worn as part of cosplay attire. I think it’s fair to say, she really showed them that not only is it valid, she totally rocks the look!

The Legend of Zelda: Breath of the Wild 2 is currently in development for the Nintendo Switch with a 2022 release window.