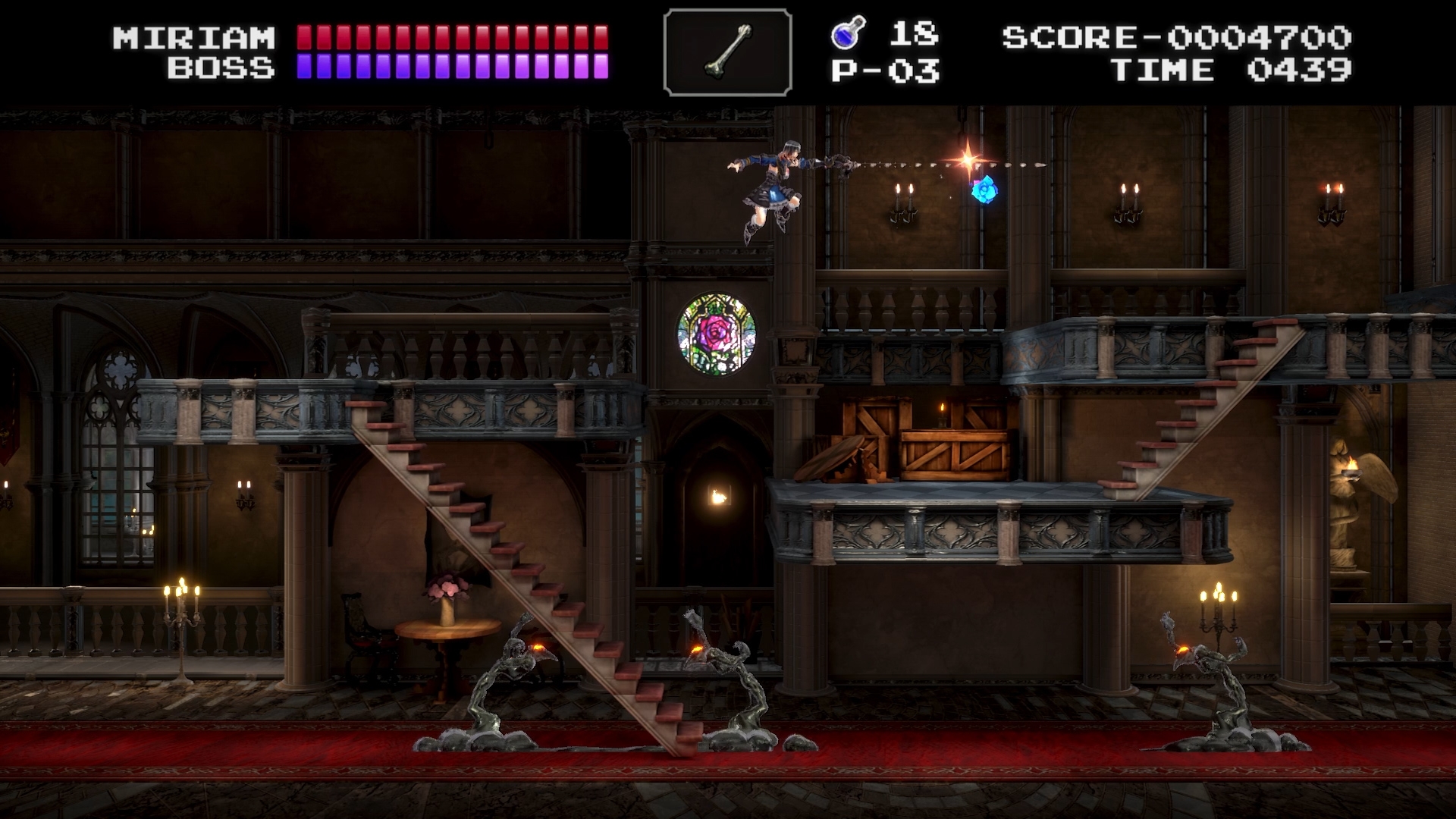 Bloodstained: Ritual of the Night has quickly become one of the better Kickstarter success stories in video games. Not only did Koji Igarashi’ spiritual sequel to Castlevania smash its funding goals, but the team has also delivered a great game on the backend. That’s not something we can say for other Kickstarter stories. In fact, Bloodstained has been so successful that the team has dropped two companion games and continues to update RotN in 2021. Yesterday, the team dropped the latest update, which adds both Classic Mode and a Kingdom Crossover. Check out the trailer below.

Bloodstained: Ritual of the Night takes things back to basics with Classic Mode. While the main game is an obvious homage to Castlevania: Symphony of the Night, Classic Mode is more like early Castlevania titles. You’re armed with a sword and whip and must make your way through five areas that each have a new sub-boss to fight. As you go, you’ll collect limited-use special items, a mechanic that’s very familiar to classic Castlevania players. Between the new constraints and the excellent UI treatment, this looks like a great way to hop back in if you’ve been missing Miriam and the crew.

Kingdom Crossover has Bloodstained mixing things up with Kingdom: Two Crowns. This adds a brand new area and boss to the mix. Plus, you’ll earn a new shard for defeating the boss, which gives you a ranged attacker as a familiar.

All told, this is quite the package coming to Bloodstained. Best of all, it’s free. The content should already be available. So, if you’ve been itching to give the game another playthrough, now is an excellent time. Bloodstained: Ritual of the Night is available now on Nintendo Switch, PC, PS4, and Xbox One.

The post Bloodstained: Ritual of the Night Adds Classic Mode and Kingdom Crossover in Latest Update by Ricky Frech appeared first on DualShockers.