ArcSystemWorks announced on January 13 the smartphone RPG Blazblue Alternative Darkwar will be released in February 2021, in Japan, on iOS and Android. Blazblue Alternative Darkwar is a direct sequel to the BlazBlue series and focuses on the “dark war” events of the storyline. The scenario is fully supervised by Toshimichi Mori, the general director and key person behind the BlazBlue series. A new trailer and a key visual were published as well. You can find them further below. 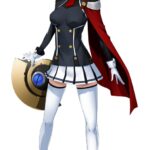 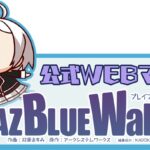 Back then, the game also revealed its original character Ciel Sulfur. She’s a member of the Mitsurugi Agency and assists the player, occupying the main Heroine role. Ciel Sulfur is voiced by Rina Honnizumi, a relatively new seiyuu who voiced Plunderer protagonist Hina, protagonist Nelke in Atelier series anniversary game Nelke & the Legendary Alchemists: Ateliers of the New World. And Elena Schizler in Tactical RPG Brigandine.

Needless to say, Blazblue Alternative Darkwar is a f2p game with gacha elements. As usual, a pre-registration campaign is ongoing, with an S Class Noel (School Uniform) in the balance alongside several items. 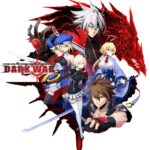 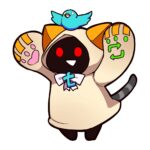 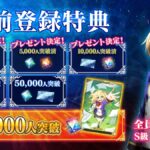 The artwork showcases BlazBlue iconic characters Ragna the Bloodedge, Noel Vermillion,  Es,  and Naoto Kurogane, together with Ciel Sulfur. The game also has a cute mascott, Twikaka, who will be in charge of the official Twitter account.

BBDW was only announced in Japan for now. ArcSystemWorks is also working on a fighting game adaptation of Dungeon & Fighters. Several new DLC characters are regularly added to Dragon Ball FighterZ and Granblue Fantasy Versus too.

BlazBlue Cross Tag Battle, or BBTAG, is also still a thing on Switch. The game is a crossover between RWBY, Persona, Under Night In-Birth, Senran Kagura, Arcana Heart, and Akatsuki Blitzkampf.

Lastly, Guilty Gear Strive is releasing on April 9 on PC via Steam, PS4, and PS5.

The post Blazblue Alternative Darkwar Is A New BlazBlue RPG Coming To Mobile This February… Four Years After Its Initial Announcement by Iyane Agossah appeared first on DualShockers.

Moving Out to Receive New Free DLC That Has You Moving In
The Medium Will Support RTX and DLSS on PC, Ray Tracing on Xbox Series X
FIFA 21 — How to Complete the Gonzalo Higuain Flashback SBC
Final Fantasy VII Remake Orchestra World Tour Tokyo Concerts Canceled Due to Covid State of Emergency in Japan
Animal Crossing: New Horizons Makeup Collection Lets You Live Out Your Island Dreams